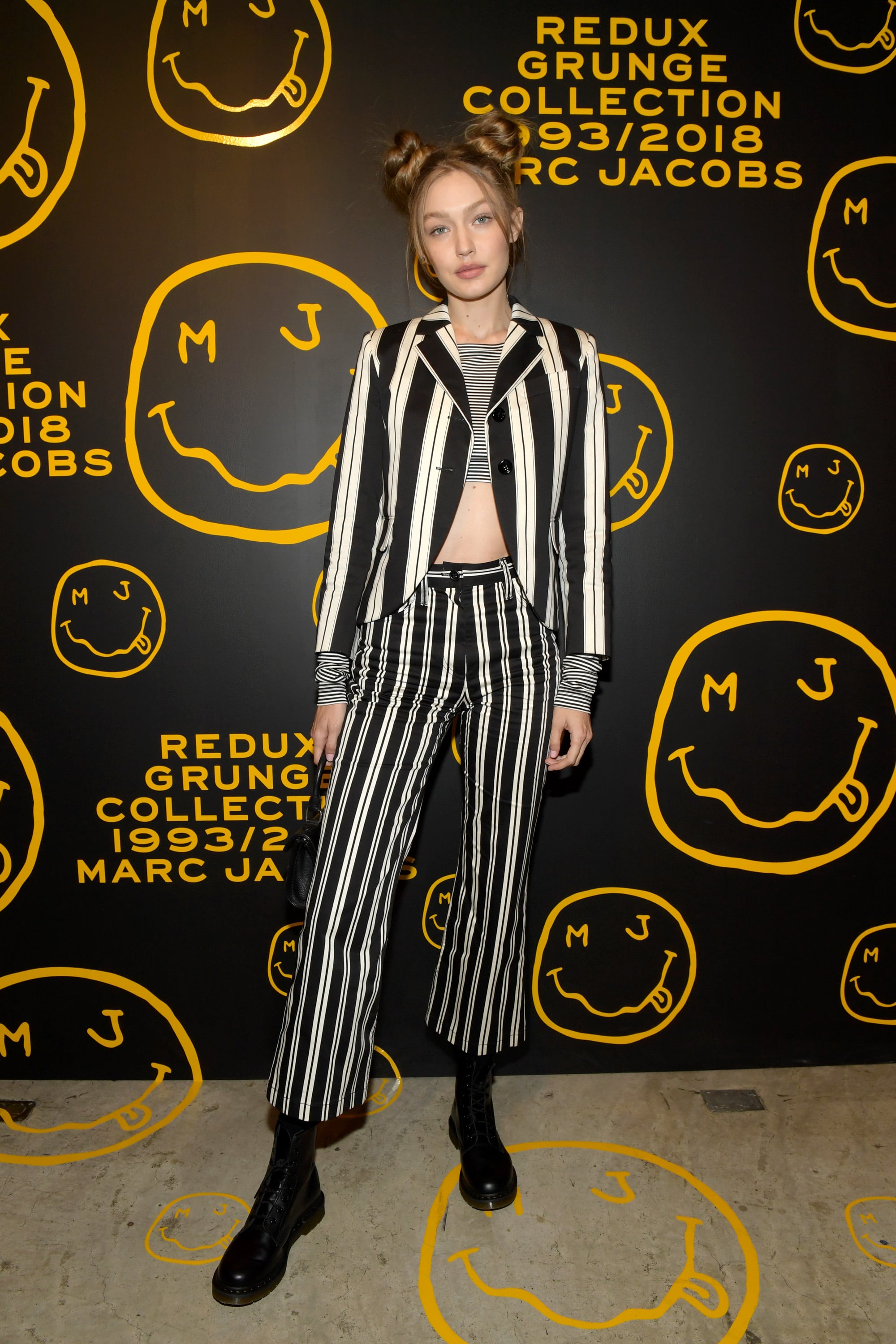 Gigi Hadid’s latest look is out of this world. For the launch of Marc Jacobs’s Redux Grunge Collection and the brand’s new Madison Avenue store in NYC, Hadid stepped out in a black and white pinstripe suit, minimal makeup, and her hair up in two space buns. The knots were placed high on her head and neatly twisted and tucked, while two pieces of hair at her hairline loosely fell toward her face.

Space buns have typically been considered a festival staple (often doused in buckets of multicolored glitter), but Hadid’s tidied, elevated version of the hairdo is proving there’s a way to make space buns fashun.