• Love, Antosha is a documentary about the life of late actor Anton Yelchin, who died in a freak accident in 2016.
• Yelchin also had Cystic Fibrosis, which was kept secret from the public and most people who knew him.
• Men’s Health spoke with producer Drake Doremus about Love, Antosha, which opens this Friday.

At the time of his death in a freak car accident in 2016, Anton Yelchin, 27, was well on his way to becoming one of the most prominent character actors working in Hollywood. With side roles in big movies like J.J. Abrams’ Star Trek series, and lead roles in independent films like the gritty horror/thriller Green Room, Yelchin was a respected and loved presence within the industry.

Behind the scenes, no one knew that he was also dealing with a chronic medical illness: at a very young age, Yelchin was diagnosed with cystic fibrosis, a chronic disorder that affects the lungs, digestive system, and other internal organs. It requires daily maintenance, and people diagnosed with the disease generally live to their mid-to-late 30s on average, with some living into their 40s and 50s.

That’s the general hook of Love, Antosha, the new documentary focusing on Yelchin’s life and personal relationships. The film takes a glimpse at the actor’s various creative pursuits while living with cystic fibrosis—in secret. Producer Drake Doremus considered Yelchin a good friend (he turned down the chance to direct the film because he was too close to the subject matter), and even he didn’t know about the actor’s condition. 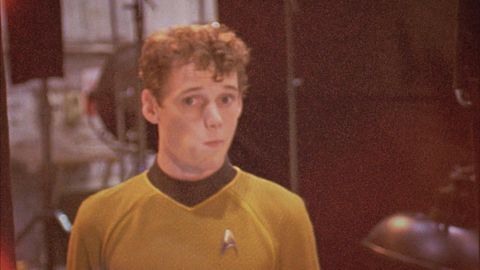 “I think that’s a testament to his will and his sheer force as an artist, that he wasn’t going to let any of that get in the way, and in a way, he wanted to be even more involved, and even more punctual, and even more unhindered by the disease itself,” Doremus said in an interview with Men’s Health. He said that he only found out about Yelchin’s cystic fibrosis through talking to his parents when making the movie, and that many of the actor’s friends and peers were also in the dark.

In Love, Antosha, a number of Yelchin’s peers share their memories of the actor. Chris Pine, J.J. Abrams, Kristen Stewart, Willem Dafoe, Jennifer Lawrence, and John Cho are among the many who did interviews.

If you’re curious about the film’s title, “Love, Antosha” was how Yelchin signed off the hand-written letters and e-mails he sent his mother over the course of his life. Throughout the movie, those writings are read by none other than Nicolas Cage. 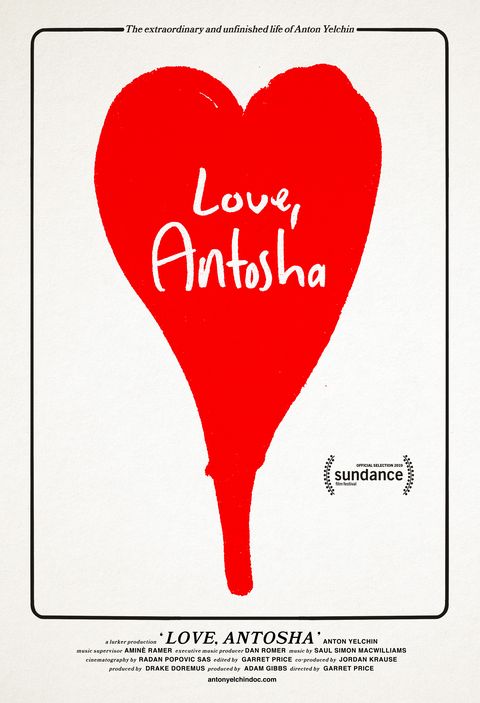 Cage and Yelchin worked together in the past, and the two developed a strong relationship. “[Nic] really feels like the older embodiment of Anton’s spirit,” Doremus said. “I think a lot of the choices, and his eccentricities, and him as a person and an artist, really feels like what Anton would’ve become as he grew older into his career, and into himself as an artist.”

The movie also delves in Yelchin’s letters that signaled harder times in the film industry; at times, he seemed to be feeling disappointment, frustration, and possibly even depression. “This will be a project people are ‘interested’ in (buzz or whatever), but… You can do leads in movies no one sees, and it adds up to shit, as we know,” he wrote to his mother at one point.

But Doremus didn’t set out to make a sad movie. “I think it’s kind of inspiring, hopefully,” he said. “Anyone we’ve talked to with a disability, or with a condition such as cystic fibrosis, has been really inspired by the idea that as an artist, your sheer will can overcome almost anything, and that’s what’s so special about him.”