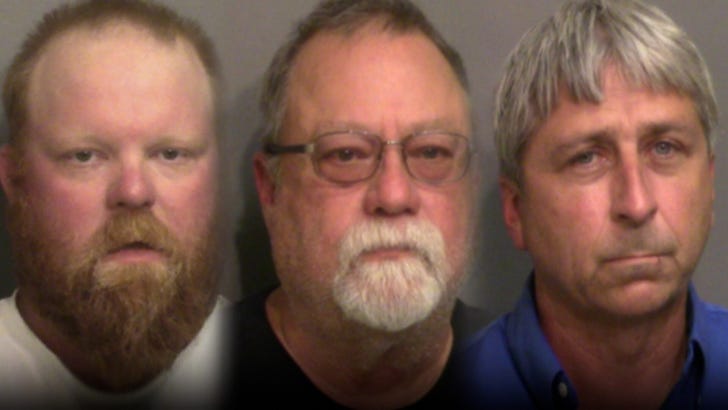 The father and son charged with murdering Ahmaud Arbery are back in front of a judge as they try to get out of jail on bond pending their trial … and TMZ is streaming live.

Travis McMichael and his father, Gregory McMichael, are going before Judge Timothy Walmsley Thursday in a Georgia courthouse trying to convince him they should be released. They’ve been in jail since May when they were charged.

William “Roddie” Bryan, the man who authorities say recorded Ahmaud’s slaying, is also expected in court. He was first denied bond back in July, when a judge deemed him a flight risk.

The 3 defendants last appeared in court together in July, when they all entered not guilty pleas.

Authorities say Travis fired the fatal shots during a struggle with Ahmaud on February 23 while Bryan recorded the incident. A GBI detective previously testified Bryan told police he heard Travis call Arbery a “f***ing n*****” after shooting him.

Protesters gathered in front of the courthouse Wednesday before marching and chanting “no bond.”