AJ Pritchard, 24, who is a professional dancer on the BBC series Strictly Come Dancing, took to the micro-blogging site to advise his brother Curtis Pritchard, 23, on what he should do now that the Love Island 2019 contestant’s relationship is on the rocks with his “half-girlfriend” Amy Hart, 26. During last night’s dramatic episode, he told the air stewardess about his betrayal admitting he wanted to leave her for Jourdan Riane, 24, while she was holed up in Casa Amor away from the main villa. A distraught Amy went off to speak with her friends and questioned whether she would ever trust him again. Despite Curtis’ attempts to reconcile he suggested he would give her space, which led to AJ speaking out on Twitter, where he warned his brother to do exactly the opposite.

In view of his 106,000 followers, he said: “Don’t give Amy space Bro… @CurtisPritchard @LoveIsland.”

But some fans were unconvinced by the Strictly pro’s advice with the dancer receiving some backlash for his comments.

One person fumed: “Do give her space, he broke her heart and then has the nerve to feel sorry for himself – he did this, he hurt her.”

Another person said sarcastically: “Yes.. we love pushy men who won’t give women their space…”

While a third person added: “Curtis thought he could get someone ‘better’. Ego too big. This ‘better’ person didn’t want him. Remember : grass isn’t always greener. Sadly lost respect for Curtis now.”

However, others did agree with the Strictly dancer, as someone mused: “I love @CurtisPritchard. He can’t help his feelings. He is being honest. He never wanted to hurt anyone.” 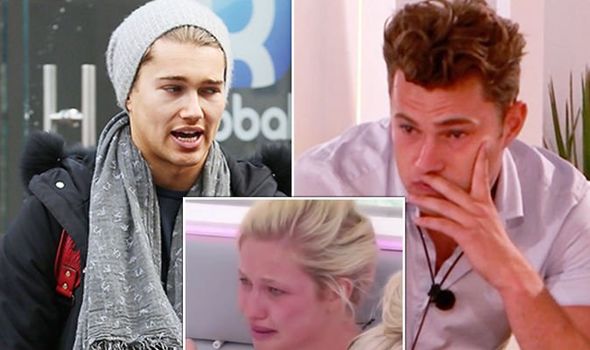 Another person commented: “Feel sorry for him I know he made a mistake but he’s been truthful and still a gent. I bet it’s hard for you seeing your brother so upset.”

During last night’s episode, Curtis pulled Amy to the side to drop a bombshell on his “half-girlfriend” after the pair recoupled.

“This is the bit you’re going to find the hardest, and I am very, very sorry that I am going to have to say this but I will not lie to you,” he admitted.

“I did say ‘I like you, I think you are very attractive and good-looking’ [to Jourdan]. I spoke about you and said everything is perfect with you, everything’s great, I can see a future with you.”

Curtis continued: “I don’t understand why I’m feeling this for anyone else. I was contemplating asking you to be my girlfriend. Then I said, I’m not over-thinking anything anymore. 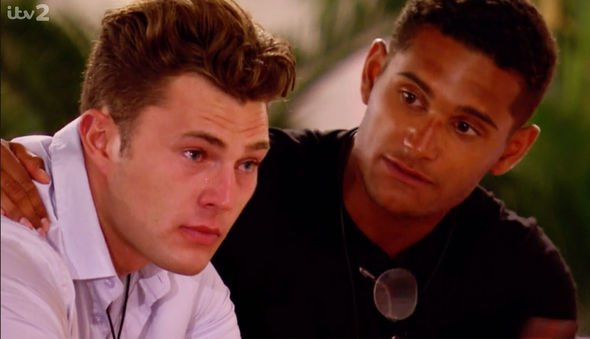 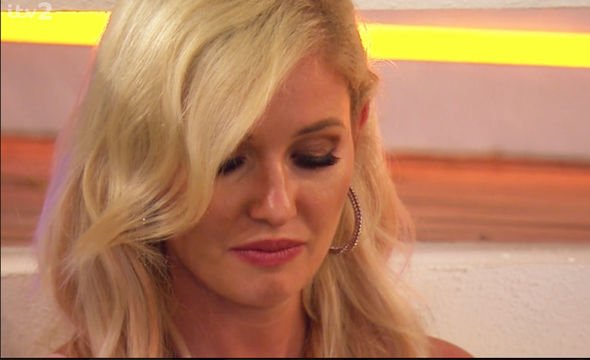 “I’m not going with my head and I feel something and I’m so confused and I don’t understand what it is.”

He added: “I said I would recouple with her and she said no basically.”

A stunned Amy replied: “So she said no, so you were like, ‘Oh, right then go back to Ames’.”

When she relayed the information to her girl pals in the villa, Maura Higgins fumed: “He doesn’t [love you] because he wouldn’t have done that if he did. That’s harsh and I’m sorry. Do you honestly think you deserve this?”

In the boys’ camp, Tommy Fury suggested Curtis had done nothing wrong in flirting with Jourdan.