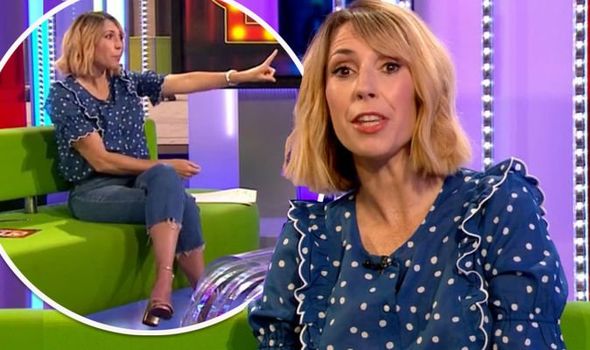 TV star Alex Jones is currently hosting The One Show with fellow Welsh presenter Gethin Jones. The 43-year-old BBC star issued an apology to her co-star yesterday after being “too harsh” during a live segment on the show.

The pair were introducing a new competition on the evening programme when the incident occured.

Alex told viewers at home: “If you would love to see your play performed on stage, all you have to do is let your imagination run wild and enter our As You Write It, Your Play On Stage competition.”

Interrupting the presenter, Gethin put on an animated display as he said: “Alex, Alex…”

The mum-of-two quickly cut him off and told him to “stop it”. 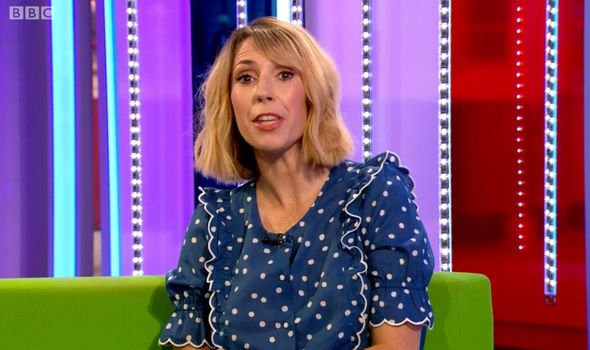 “Come on it’s not bad,” the 42-year-old replied, presumably talking about his acting skills.

“No,” Alex firmly told her co-host.

As Gethin continued to tell viewers about the once in a lifetime opportunity, Alex interjected to apologise.

DON’T MISS…
Tess Daly reminisces over time with Vernon as he works away from home
Jamie Redknapp in family admission: ‘Trust me this is a one off’
Rod Stewart issues apology after major change of plan 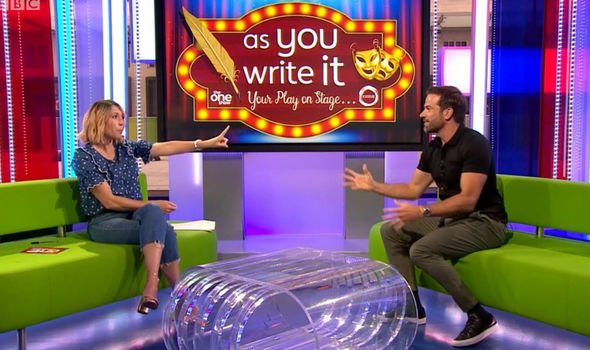 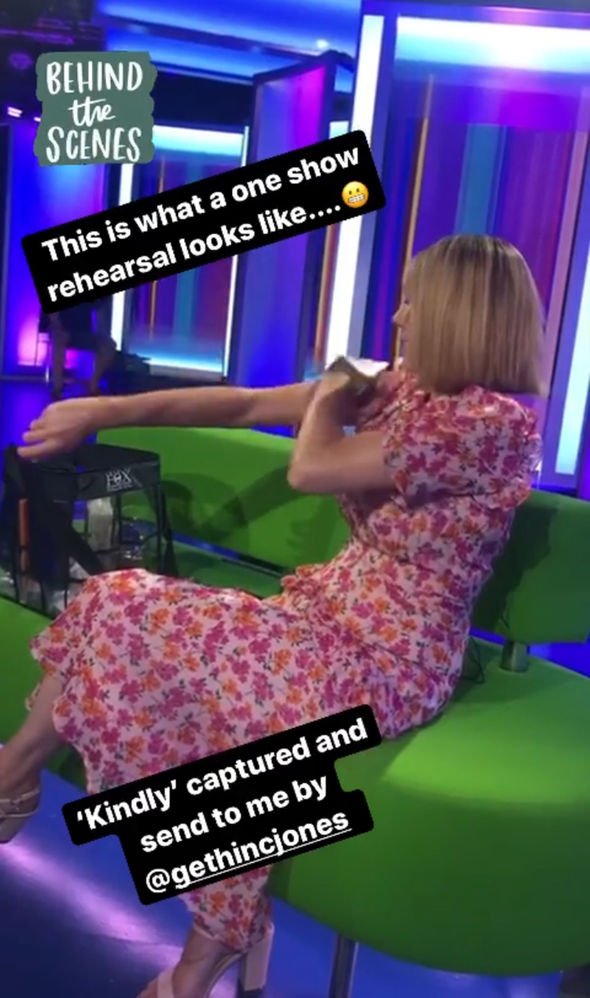 Following her stint on TV last night, Alex took to social media to give fans a behind-the-scenes look at the show.

She posted a short video of herself applying, what appeared to be, fake tan or makeup to her arms during rehearsals.

The popular television host told her 255,000 followers: “This is what a One Show rehearsal looks like…”

“‘Kindly’ captured and sent to me by @gethincjones.”