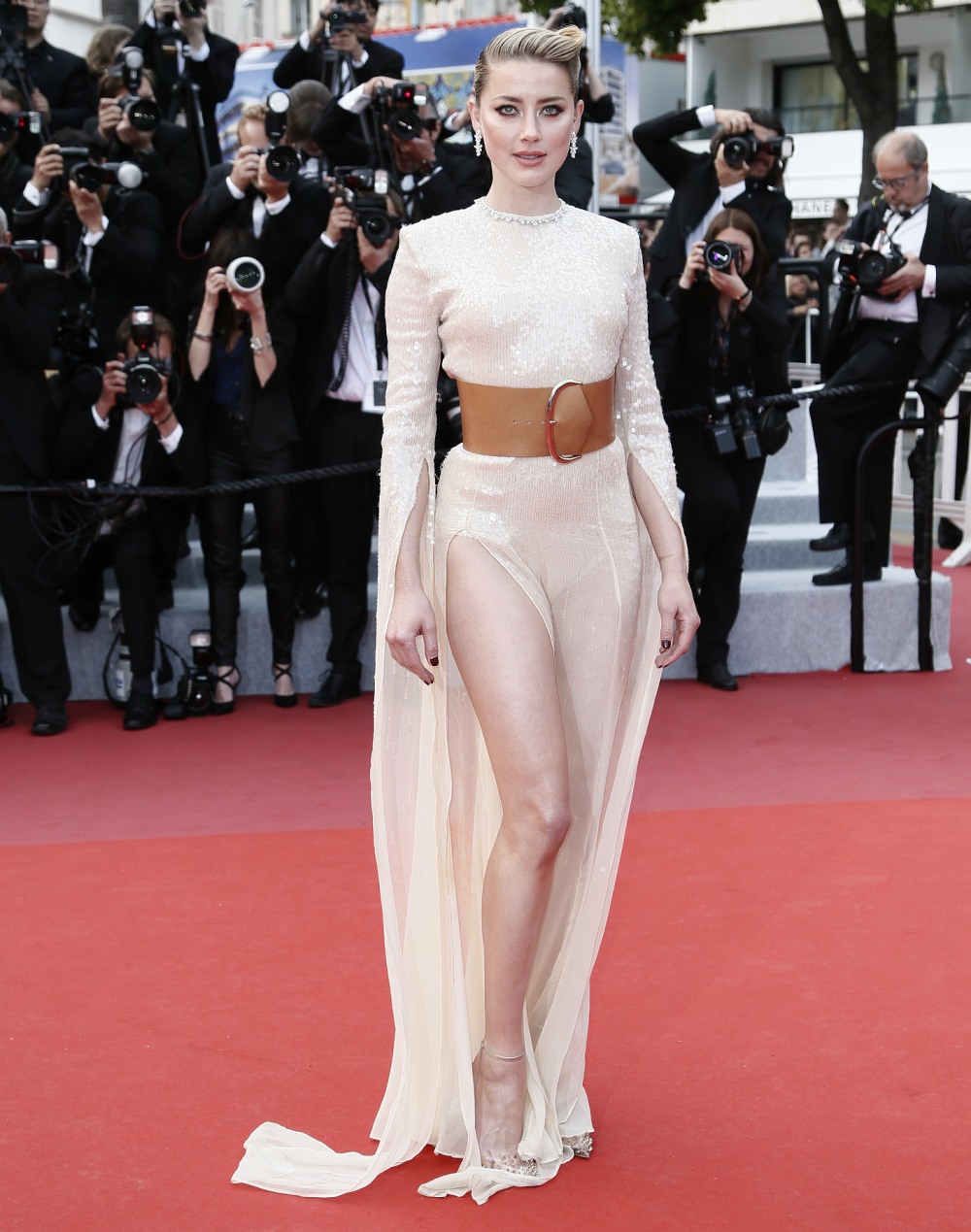 The first few premiere nights for the Cannes Film Festival have been very muted, right? When last year’s Cannes was quiet too, I remember someone calling it the “Harvey Weinstein effect” or something like that – basically, now that Weinstein had been outed, shady producers weren’t using Cannes as a hunting ground for beautiful women so much. Plus, it just feels like fewer women are going to Cannes just to be seen. Maybe the Friday and Saturday premieres will be more glamorous.

Anyway, one of the big “gets” for last night’s premiere screening of Les Miserables was Amber Heard. I’m assuming she came out as part of some beauty or jewelry contract. It wasn’t a fashion contract, I know that. She wore this Claes Iversen gown which… is not good. THAT BELT. It looks like one of those belts weightlifters use for their backs, right? It’s too wide, too mismatched, too brown-flesh colored, too leather. I also think she should embrace color – she wears a lot of black and cream and pale gold. Her jewelry is Chopard. 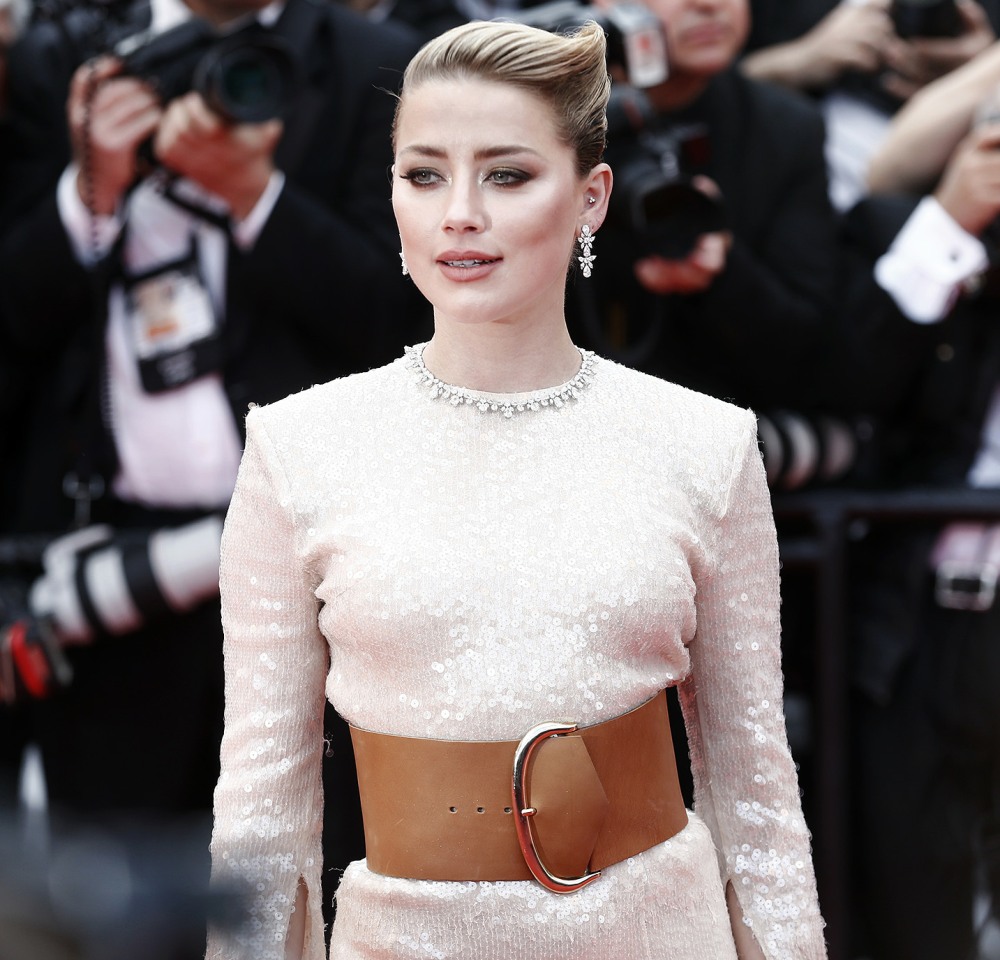 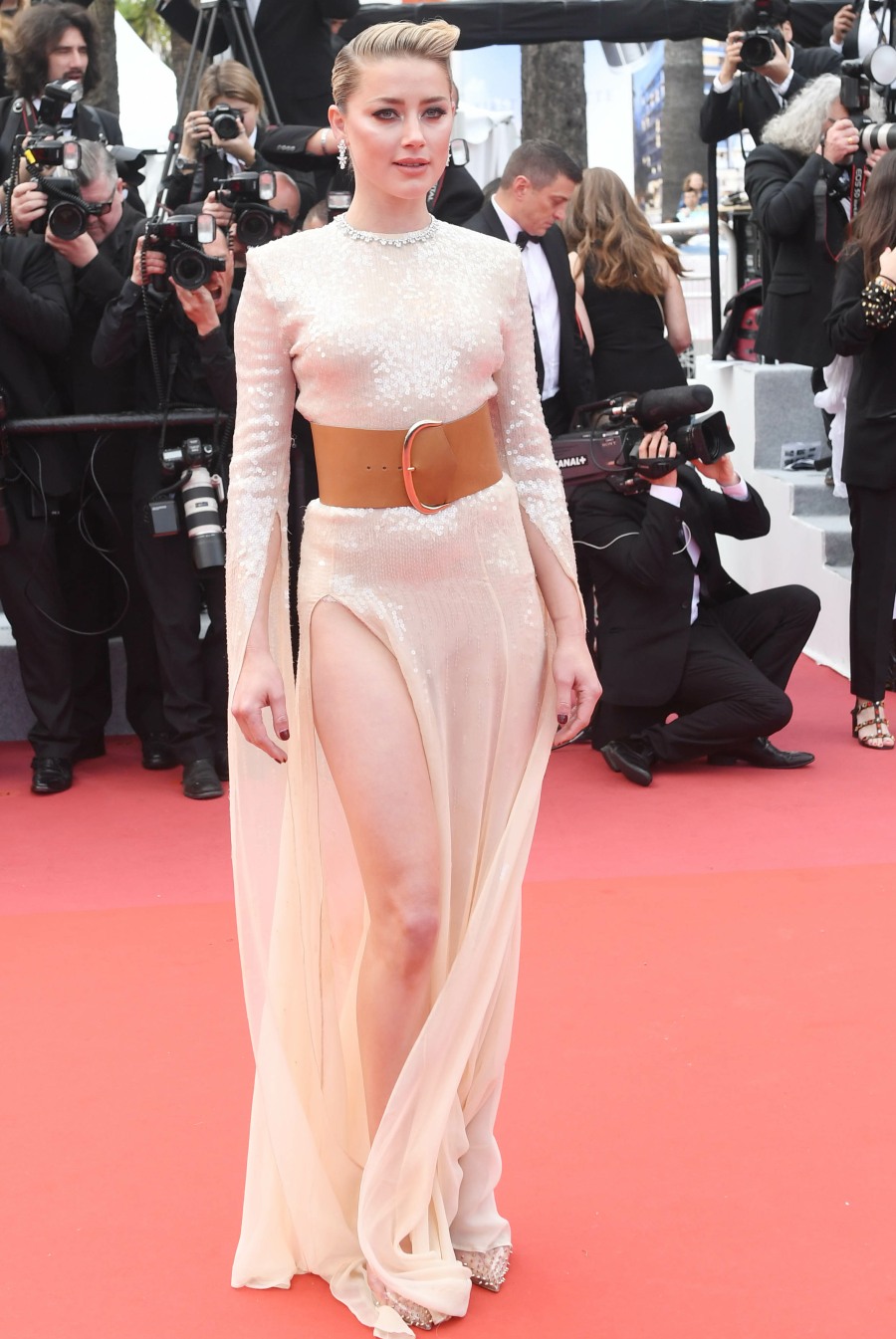 Elle Fanning is a jury member and she’s already been delivering some LEWKS. This Valentino gown looks like it came straight from the runway and that Elle styled it exactly the way Valentino wanted her to. Very fairy-princess, very Queen of the Woodland Nymphs. 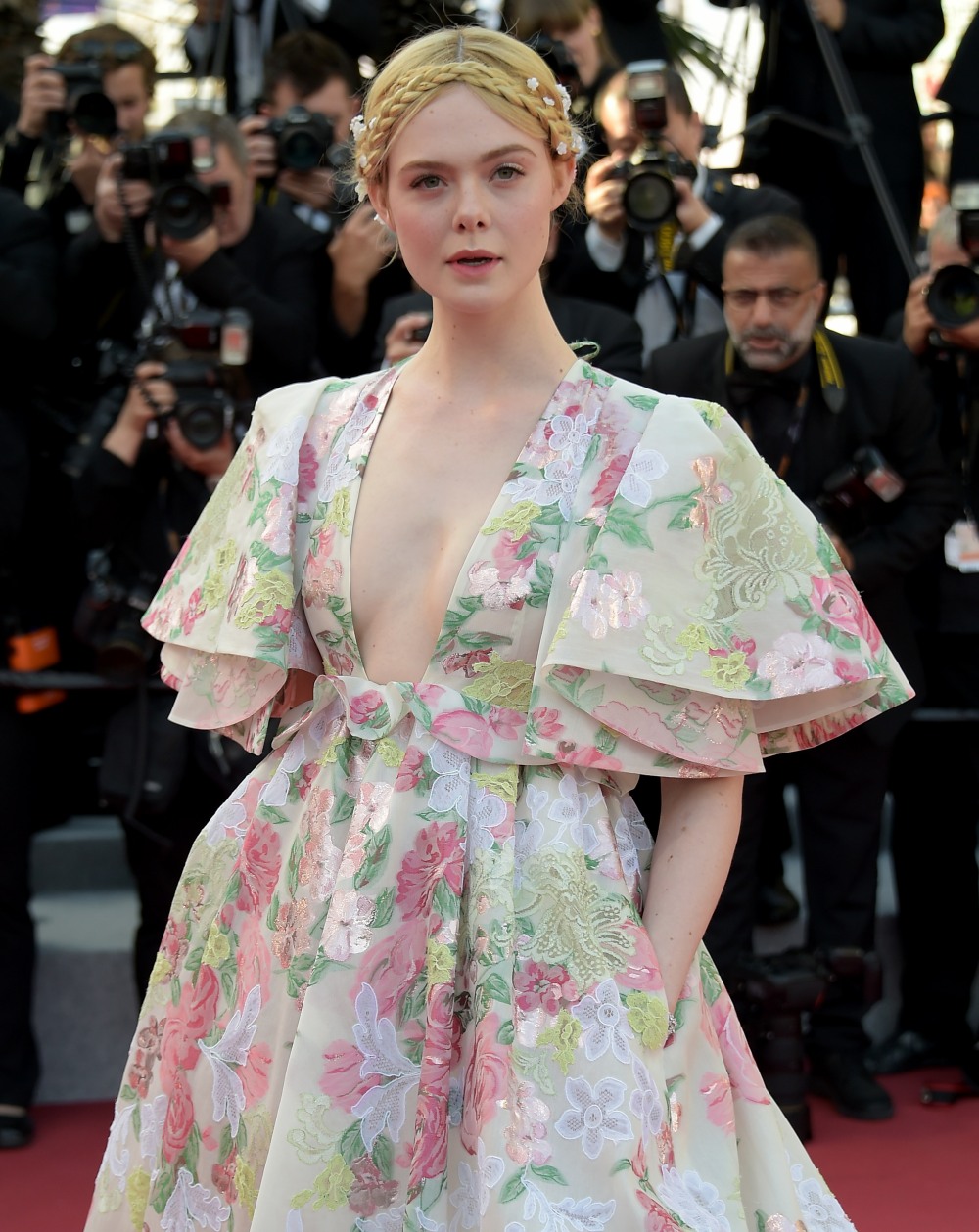 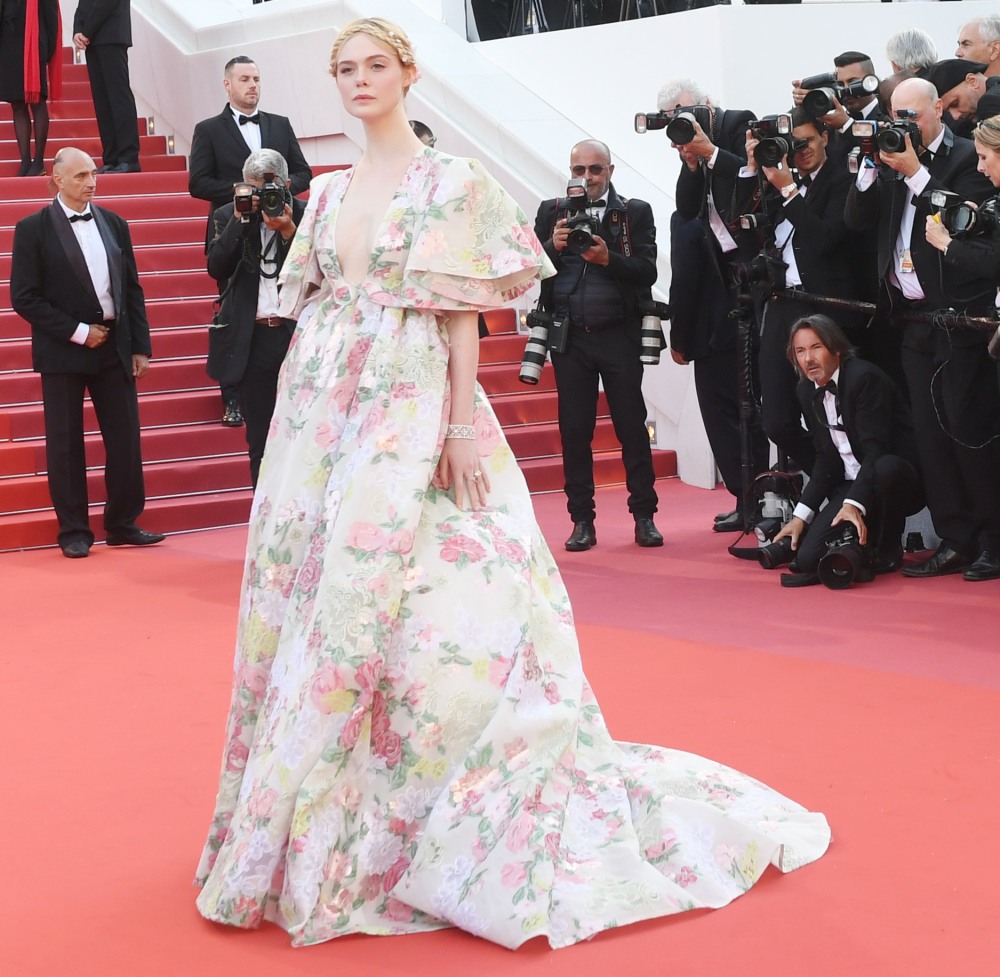 Julianne Moore in Louis Vuitton – the dress isn’t leather, just the caplet is leather. I want to see the dress! But yeah, this is not Julianne’s best. 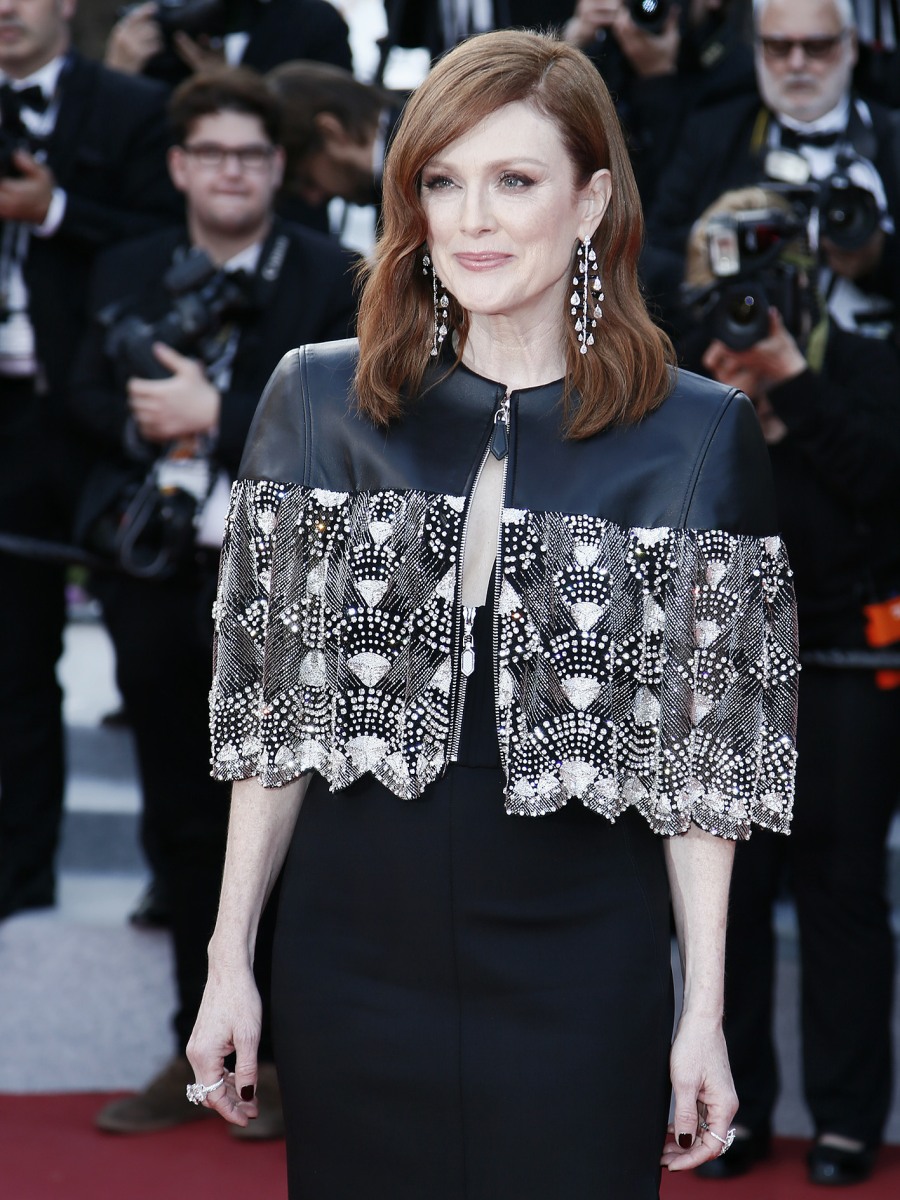 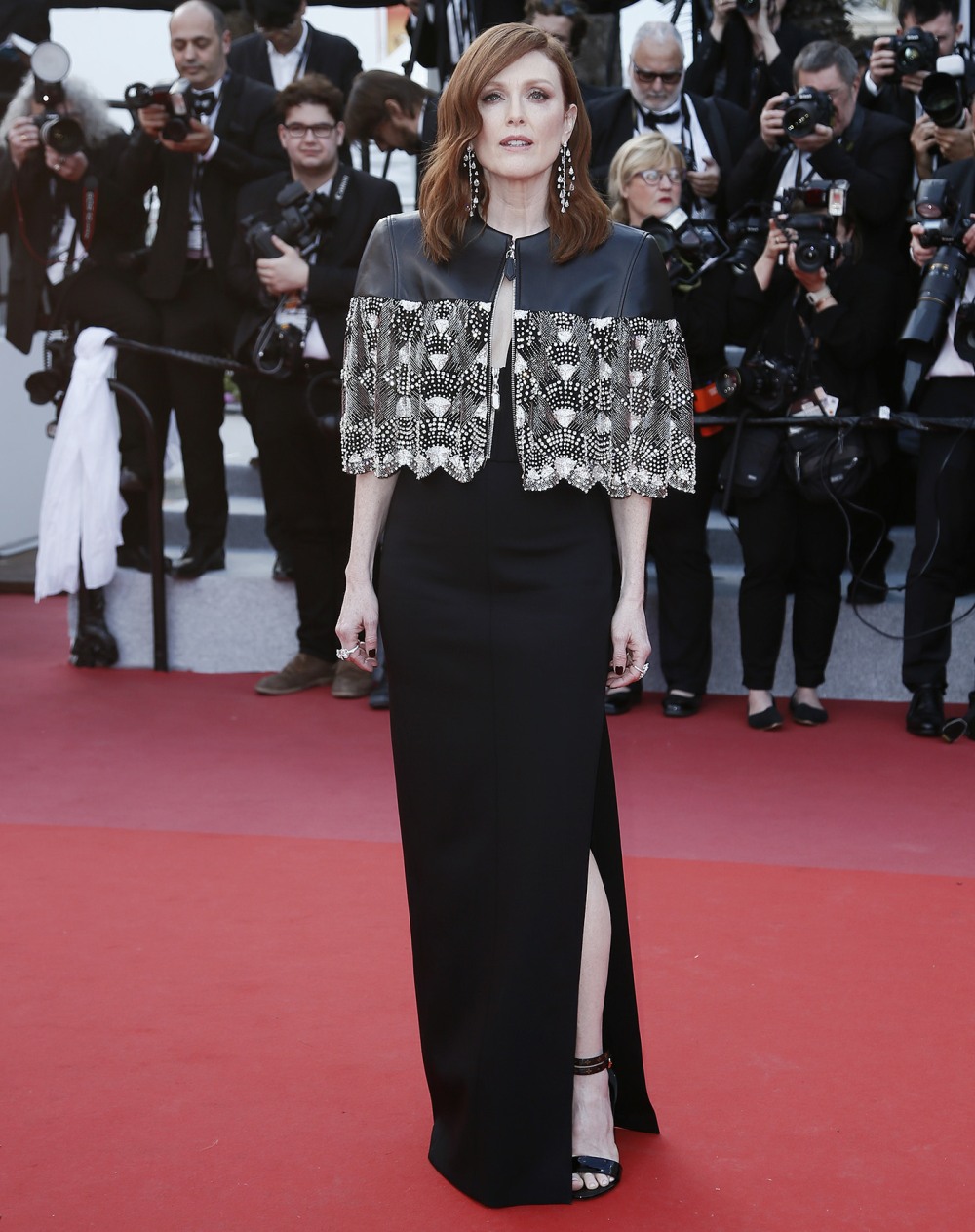