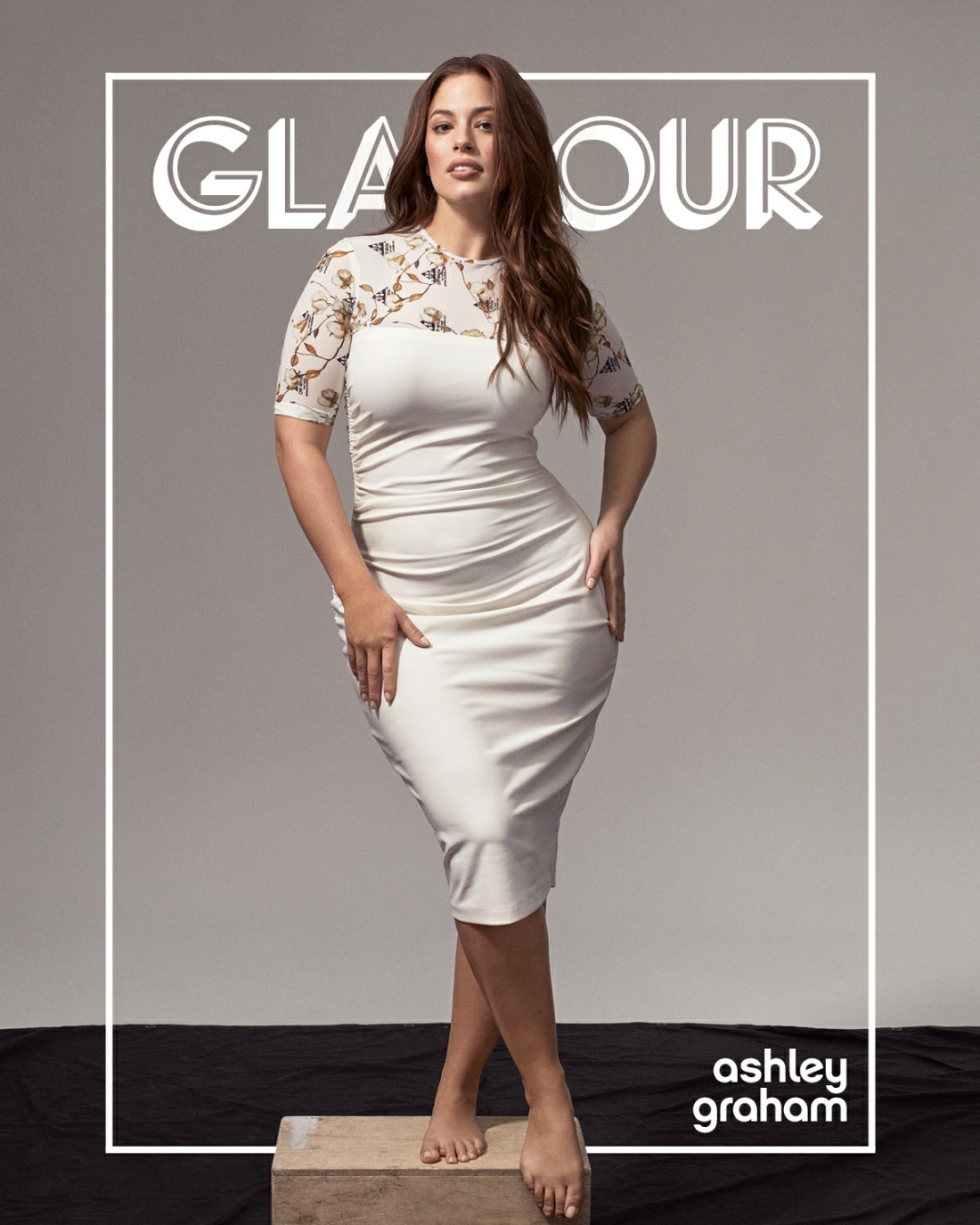 Ashley Graham covers the current “digital issue” of Glamour Magazine. The cover reminds me of a nitpicky problem I have with so many magazines – when they dare to feature a fuller-figured woman on their cover, they only do it in extreme close-up on her face, or they do a full-length photo of her, usually from a bigger distance. There’s no happy medium for full-figured ladies. Anyway, Ashley is still happening. She worked for years without getting much attention, then about three or four years ago, she was everywhere, and she was part of the bigger conversation we had about body type representation and plus-sizes and more. Ashley hustled when she got her chance, and now she’s getting tons of modeling work, she’s got fashion lines and a popular podcast (Pretty Big Deal), and sponsorships with Revlon and more. You can read Ashley’s Glamour interview here. Some highlights:

Intersectionality conversations: “I think everybody in today’s day and age is curious, right? There are so many different backgrounds, and people are assuming this and assuming that… What I’ve always done—especially when I first got married and I was more involved in black conversation—[is say], ‘Oh, I didn’t know that.’ You don’t know it because you don’t ask questions.”

Her husband helped educate her on race and privilege: “Because I’m white and because of white privilege, I’ve been given a platform. But we can’t erase all the women who came before me. Now, I can also talk about the Marquita Prings, the Precious Lees, the Paloma [Elsessers]…. The list goes on and on, so why aren’t we talking about them as well? I’ve had this conversation with some of my white friends, and it’s hard for them to understand what that means—the only reason I understand is because of the hard conversations that I’ve had with my husband. He’s the one who really opened my eyes to that and made me understand. I’ve been married to Justin for eight years now, and there are still moments where I’m like, Oh God, did I just say the wrong thing?”

When people accused her of losing weight to fit in: “It sucked that everybody had to go in on me like, ‘Oh, you lost so much weight.’ If these people actually knew me—which, you know, they don’t and maybe never will—they would know that my body just hasn’t changed. To be completely honest, I’ve gained weight in the last five years, not lost weight. If you actually look at my IMG Polaroids from when I first signed with them to now, you can tell I’m thicker. I mean, it’s just age. Geez. Whatever!”

I sort of appreciate the careful way she worded some of what she said about race and white privilege and recognizing the fuller figured models who came before her. Think about how messy and racist that conversation could have been – she handled it with a lot of sensitivity. And she’s absolutely right – as soon as a woman who looks like a plus-sized Eva Mendes came around, she was embraced by the fashion community more than any beautiful, plus-sized black model. I do wonder if her husband gets a little bit tired of being her Race & Racism professor though. Of course, if she doesn’t know, she should ask, and as I said, she’s showing a lot of sensitivity for what are some very charged conversations. But surely she has other people in her life whom she can ask too? 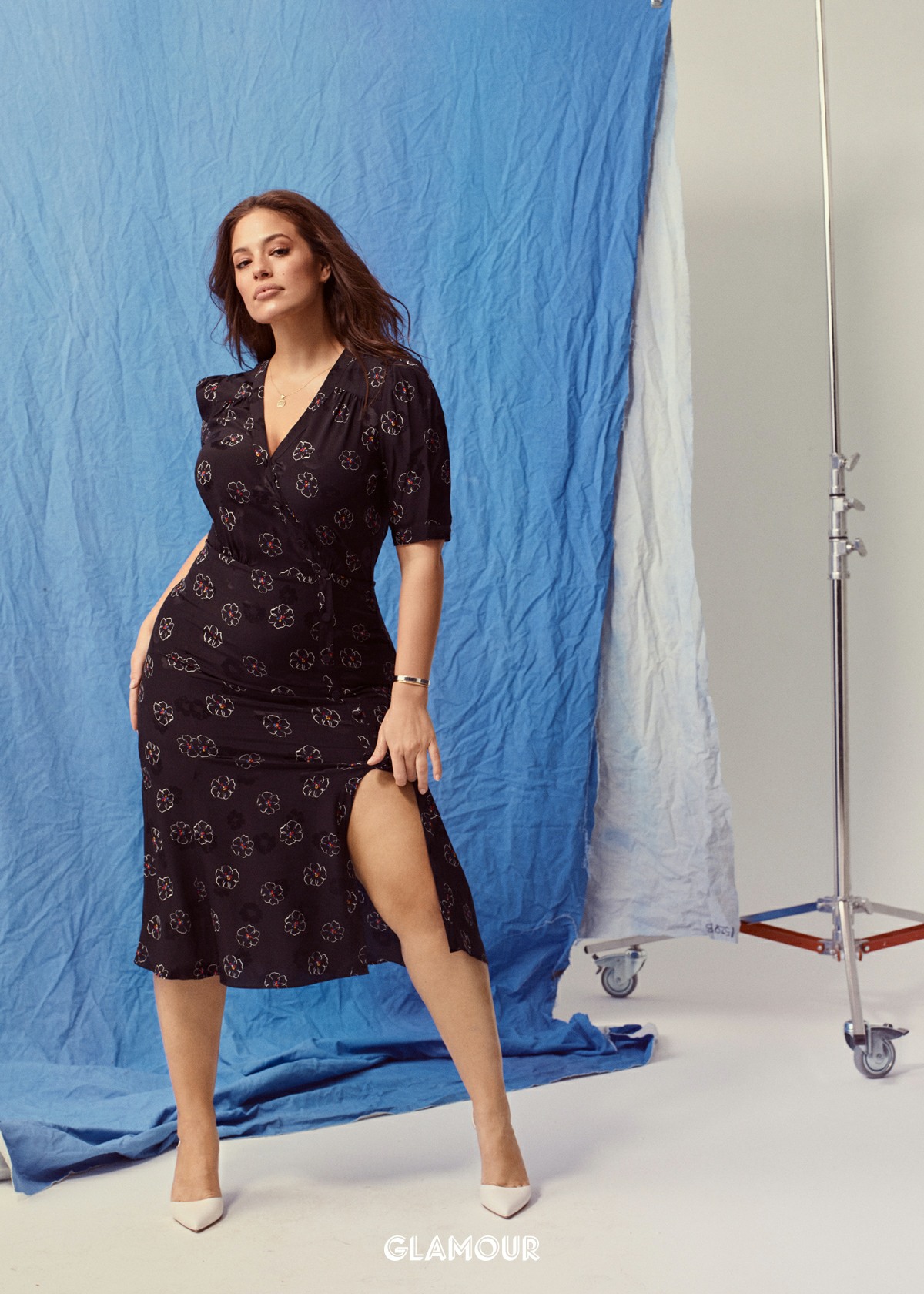