Running for the hills? Bella Hadid and her ex-boyfriend The Weeknd showed up at the same nightclub, but she left just a few minutes after his arrival.

TMZ published photos of the model, 22, and two of her friends smiling outside Catch One in Los Angeles late Thursday, August 15. She kept it casual in a white zippered jacket over a matching tank top and high-waisted black jeans while carrying a leopard print purse on her shoulder. 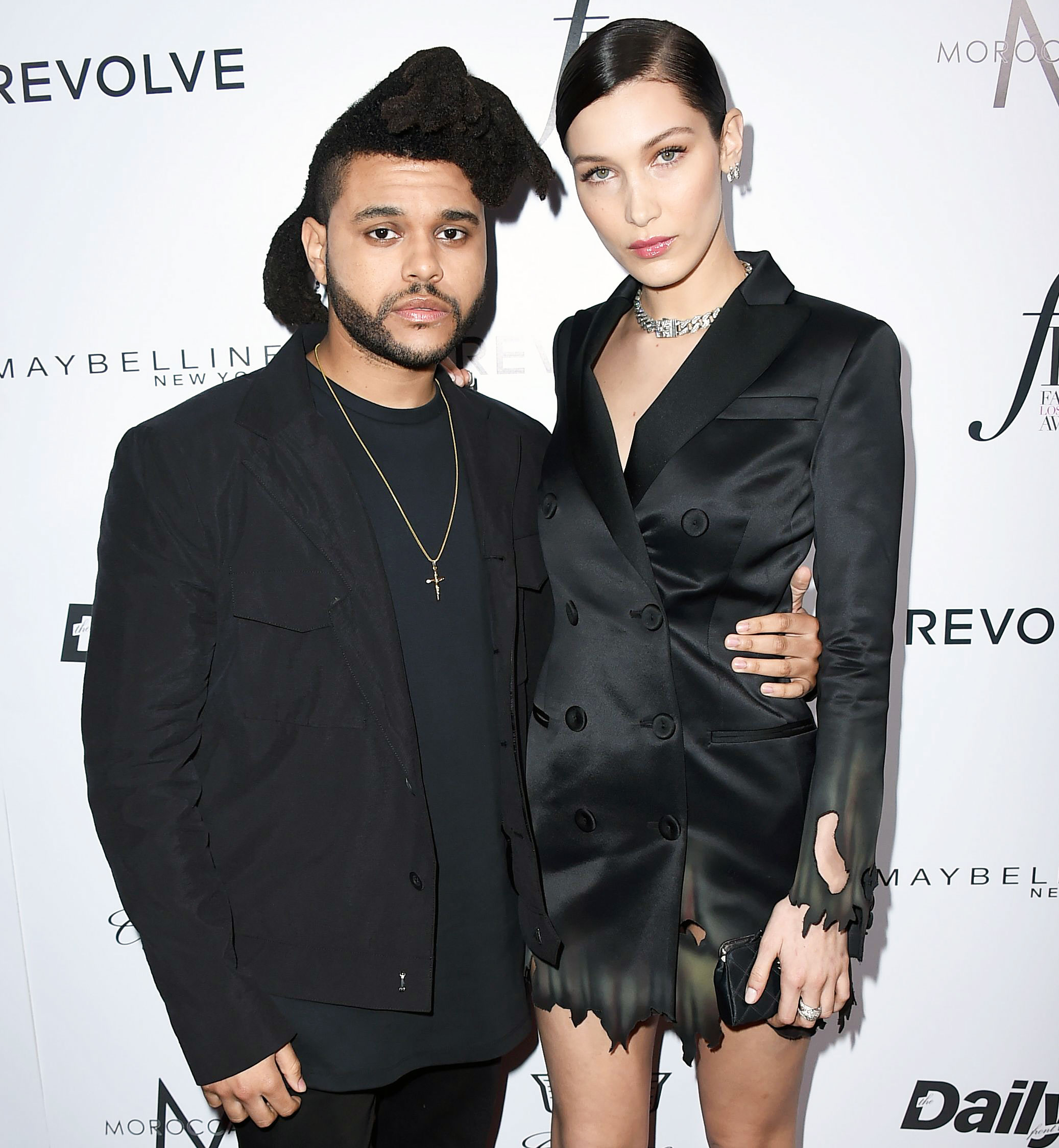 The three-time Grammy winner, 29, arrived with his pals later in the evening around midnight. He rocked a dark denim jacket over a black T-shirt and skinny jeans.

Less than 10 minutes later, Hadid and her posse shuffled out of the hot spot. The Weeknd, meanwhile, stayed until 1:30 a.m. on Friday, August 16. It is unclear whether the former couple interacted with each other inside.

Hadid and the “I Can’t Feel My Face” singer started dating in May 2015 after she modeled for his Beauty Behind the Madness album cover art. They broke up in November 2016, but reconciled in April 2018. Us Weekly confirmed earlier this month that they called it quits on their relationship for the second time.

During the pair’s first separation, Hadid was briefly linked to Drake in late 2017 before a source told Us that the rapper, 32, “ghosted her.” The Weeknd, meanwhile, dated Selena Gomez for nearly 10 months.

“Something that I’m really proud of is that there’s such a true friendship [between us],” Gomez, 27, told Billboard at the time. “I truly have never experienced anything like that in my life. We ended it as best friends, and it was genuinely about encouraging and caring [for each other], and that was pretty remarkable for me.”

Since his split from Hadid, The Weeknd has been focusing on the next chapter of his career. He tweeted on August 6, “Album mode full effect.”