We don’t want to alarm you about growing older, but it’s been 20 years since the classic The Sixth Sense hit theaters. With that has come a lot of retrospectives about the movie, plus cast interviews with the actors who made it so iconic. In 1999, not many people considered Donnie Wahlberg an A-list actor other than just being a bad boy member of New Kids on the Block.

The strange thing is many people today didn’t realize he played a pivotal part in The Sixth Sense. You may remember he played Vincent Grey, a misdiagnosed patient of Malcolm Crowe’s (Bruce Willis) who latter confronts in his bathroom.

Vincent Grey was a haunting character that could technically be Donnie Wahlberg‘s greatest on-screen performance to date based on his extreme method approach. 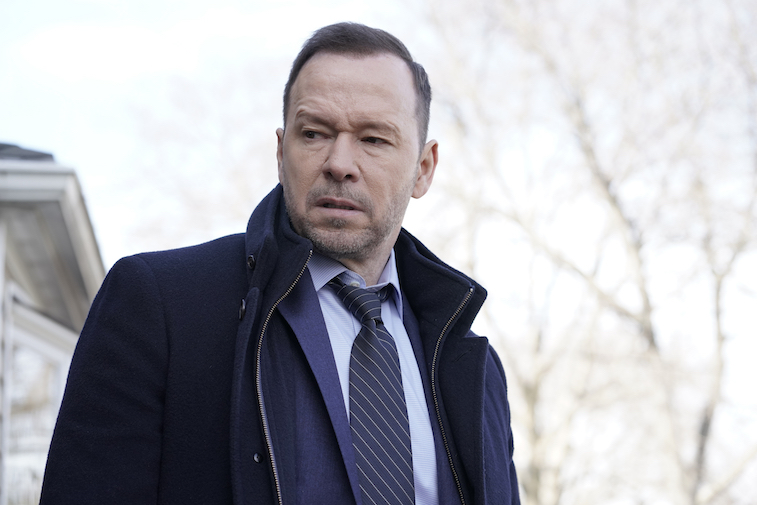 According to a recent USA Today story about Wahlberg’s involvement with The Sixth Sense, he cried when first reading the script for the film in 1998. At the time, he was on a bit of a hiatus from the boy band New Kids On the Block and beginning to nurture an acting career.

He’d only done a few independent films, though had positive critical notices thanks to his aptitude in playing tough characters.

Since the role of Vincent Grey was a truly tragic one, Wahlberg might have related since he was known for having his own troubles when with NKotB. Grey was the emblem of being misunderstood mentally because he also saw dead people, something Malcolm only understood as schizophrenia/acute paranoia.

When Grey breaks into Malcolm’s bathroom to enact revenge at the film’s start, the scene stood out as one of the most unsettling. Grey shooting Malcolm and then himself likely created palpable emotion on paper as much as Wahlberg’s portrayal thanks to M. Night Shyamalan’s writing ability.

Outside of Wahlberg’s agent telling him to not take the role, Wahlberg realized it had potential to put him on the map as a memorable actor.

Some still look at method acting techniques as an act of insanity, particularly when it involves bodily or mental harm. Wahlberg seemed up to the challenge to portray a character who only weighed 139 lbs. due to extreme depression. At the time, Wahlberg had five weeks to lose this weight.

He ultimately did it, shocking everyone in the cast when they saw him on set looking emaciated. Depression set in as a result, according to Wahlberg.

Yes, this was more than a little extreme, yet the scene of Vincent Grey has stayed indelible for anyone who saw the film when it first released. While Wahlberg had a few impressive big-screen performances afterward, nobody can say he challenged himself as an actor any more than he did on The Sixth Sense.

Perhaps you can argue it would have been too dangerous to keep being a method actor had Wahlberg decided to stay so extreme in his performances. We’ve seen our share of what that’s done to some method actors mentally, maybe explaining why former method actors like Robert De Niro stopped using it so often.

Will we see Wahlberg take on roles like this again when ‘Blue Bloods’ ends?

We all know Wahlberg has found TV success for close to a decade playing Danny Reagan on Blue Bloods with Tom Selleck. Even though we’ve seen some good performances from him on that show, the series may end before long.

Would we see Wahlberg go back to being a method actor again to prove he’s Oscar caliber? Seeing him play another character like Vincent Grey through a whole feature would be disturbing, if also award-worthy acting.

Sometimes it’s better to let performances like that stay in a certain time and place so it doesn’t hurt your health once reaching a specific middle age.