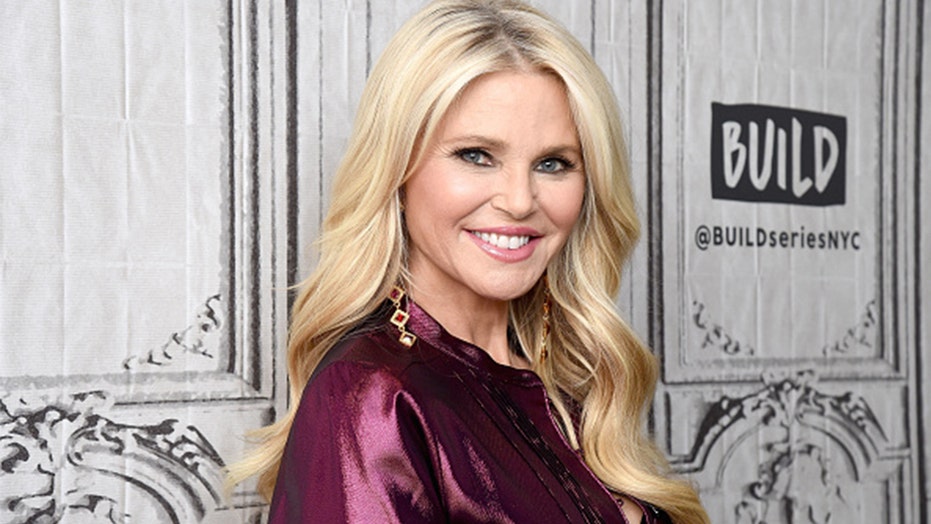 She's one of the world's most famous supermodels but Christie Brinkley just proved she's a lot like the rest of us.

The 66-year-old Sports Illustrated Swimsuit icon said in a new interview with Extra that she's packed on some pounds while in quarantine amid the coronavirus pandemic.

"Yeah, I think I did put on a couple pounds," the mother of three told the outlet in a video interview from her home in the Hamptons.

The blonde beauty isn't too concerned about the weight gain, however, because she's got plenty of options in New York that will keep her on her feet throughout the summer.

"So I dragged my Total Gym into my bedroom so it's right there and I can work on that. I really do use it. I love it," Brinkley continued.

She also shared that gardening has been "a lot of work" and she enjoys taking boating excursions to nearby beaches for "speed walks or running."

"I'm determined to get back to my fighting shape," she added.

Brinkley also addressed her daughter Sailor Brinkley-Cook's recent interview on "Good Morning America" where she discussed her body dysmorphia struggles. The 22-year-old spoke of the societal pressures she felt growing up in the limelight and being constantly compared to her famous mom.

"I know that she's always had body image issues," Brinkley said of Sailor. "I know that she loves food. That's one trait of all of us: we love to eat."

Brinkley said she knows her daughter didn't want to take on a life where she was restricted by a diet, which the supermodel agrees with.

"I call it deny-iting because when you get in that frame of mind [of dieting] you feel like you're denying yourself of something," Brinkley explained. "I think it was important to find a place where you want to fuel your body with really good things."

Brinkley also promoted her line of Bellissima prosecco, a spirit she excitedly said comes with "zero guilt" as it's free of sugar and carbs.