How to scare Brad the dad . . . by chucking his son out of a plane: CHRISTOPHER STEVENS reviews Bradley Walsh on and his son on Breaking Dad

The impressionist Mike Yarwood used to end his Saturday night shows with a song in a quickfire variety of familiar voices — Harold Wilson, Prince Charles, Michael Caine and Bruce Forsyth, for instance, all torturing My Way.

At the end of the number, he’d declare, ‘And this is me!’ — before finishing in his own voice.

Only it wasn’t really him. Not the real bloke who woke up next morning and had his cornflakes, brushed his teeth, fed the cat — the ordinary man. We only ever saw Mike Yarwood the entertainer, and that’s true of all TV presenters.

Bradley Walsh would have been comfortable in any showbiz era. He’s as well-known as an actor on Doctor Who and Law & Order: UK as he is for presenting his quiz game The Chase, and he’s a decent singer as well. 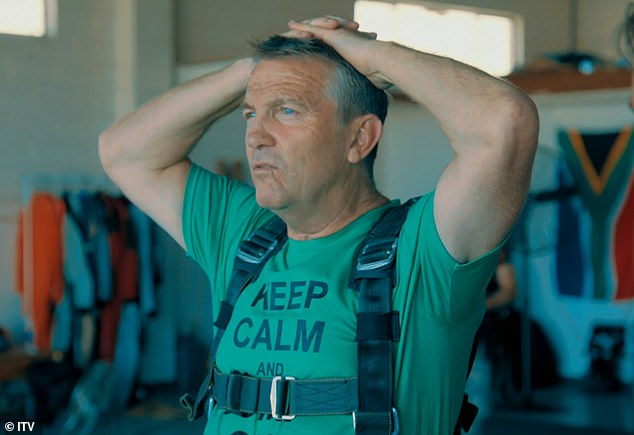 Generally, in all these guises, we only see Bradley the old-style pro. When the cameras are rolling, what’s on display is the persona.

For a few seconds on Bradley Walsh & Son: Breaking Dad (ITV), we glimpsed the real man, and it was rather touching.

The concept behind the series is nothing original — Bradley and his 21-year-old son Barney are on a roadtrip across America, tackling a few strenuous holiday activities, like volleyball on the beach.

The locations may be exotic, but their relationship is definitely traditional. Dad’s grumpy, the son is impatient, and they bicker their way from coast to coast in an RV camper van — the current vehicle of choice for all telly travellers.

In Palm Springs, they had a go at skydiving for the first time. Bradley insisted he wasn’t keen, but of course he would say that — that’s the ‘crusty old codger’ he plays.

In the plane, climbing to 12,000ft, he seemed nervous. Who wouldn’t be, about to try parachuting aged 58? When Barney and his instructor jumped, tumbling out of the door with a whoop, Bradley looked worse than terrified.

He wasn’t concerned for himself — he was petrified for his son. The parent’s one unspeakable nightmare, of losing a child, was carved across his face. 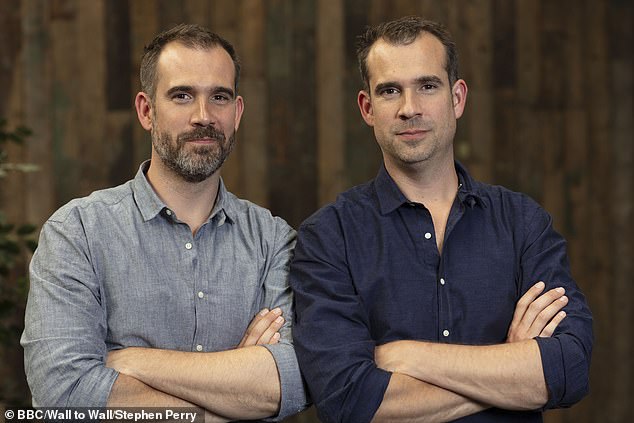 Moments later he was falling, too, and looking round desperately: ‘Where’s Barnes, where’s my boy?’ And when he saw him, safely floating to earth, Dad sobbed: ‘He’s so great! I wish I was like him.’ That was heartfelt. That was the real Bradley Walsh speaking.

Xand van Tulleken forgot his TV presenter’s etiquette for a short while as he got a tattoo on the sole of his foot in The Twinstitute (BBC2).

He was testing the theory that swearing helps dull pain, by bellowing Shakespearean obscenities. ‘Gadzooks!’ he roared. ‘Fustilugs!’ Good words before the watershed.

Then the needle hit a nerve and the commentary had to be bleeped.

This was a brisk half-hour of frothy health advice. Xand’s identical twin brother also had a tattoo, tried meditating instead of swearing and announced it was much more effective.

Obviously, the best pain management solution would be never get a tattoo on the bottom of your foot.

Other pairs of twins tested whether dieting or exercise was more effective for weight loss, and if methodical study beat frenzied cramming.

It was all so light-hearted as to be meaningless, though at New Year, when we’re determined to stick to our resolutions, the 21-stone, beer-loving, middle-aged twins tackling tough weight-loss regimes were an inspiration.