“Rollin’ with the homies…” Faison, 44, who played Murray Duvall, captioned a photo with the trio on Instagram.

“We. Have. No. Clue.” Meyer, 44, who portrayed stoner Travis Birkenstock in the cult classic, captioned the same pic on his page, tagging Chris Hemsworth Opens a New Window. for Rudd, who doesn’t have an Instagram account.

“My teenage dreams come to life!” one fan commented on the pic, while another wrote, “Paul Rudd looks older in Clueless than he does here.”

Rudd, who turns 50 on April 6 (yes, you read that right), joked about the fact that he’s ageless during the panel on Saturday, telling fans, “I’m 80 years old on the inside. It’s a mess underneath all this.” Pointing to his head and heart the Ant-Man star, who played teen heartthrob Josh Lucas in the beloved rom-com, added, “in here, it’s pure darkness … with a little moisturizer.”

“On the set of Clueless they would come and they would get us like 20 minutes before set, and then on Paul’s trailer they would knock like an hour beforehand because he has to finish sucking the lifeblood out of the babies he takes in order to maintain, and then he was camera-ready,” Meyer joked.

Such a sweet reunion last night at dinner with my pal #PaulRudd. I love this guy! I mean he ordered vegan for both of us….. Swoon ? One more day to go at #c2e2, hope to see u tomorrow!

Such a sweet reunion last night at dinner with my pal #PaulRudd. I love this guy! I mean he ordered vegan for both of us….. Swoon ? One more day to go at #c2e2, hope to see u tomorrow!

At another point during the panel, Faison asked if they remembered taking him out for his 21st birthday during filming.

“I was there?” Silverstone, 42, who played the film’s lead Cher Horowitz, asked.

“Do you remember anything about making this movie?” Rudd responded.

Scroll down for more pics from the reunion. 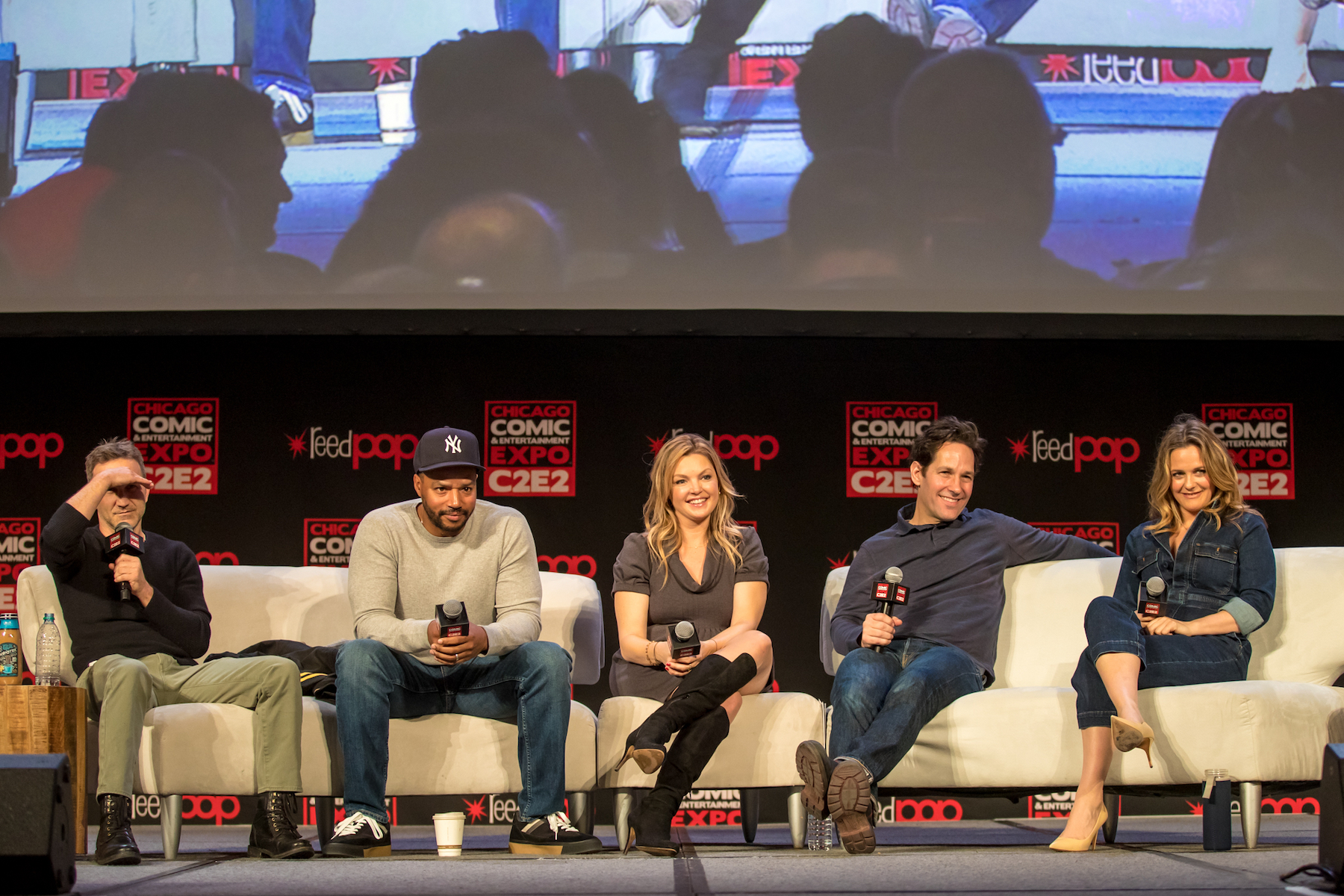 “This isn’t the first time we have all gotten together,” Scrubs alum Faison said before C2E2. “We all live in California and work in the same industry so we run into each other all the time.” 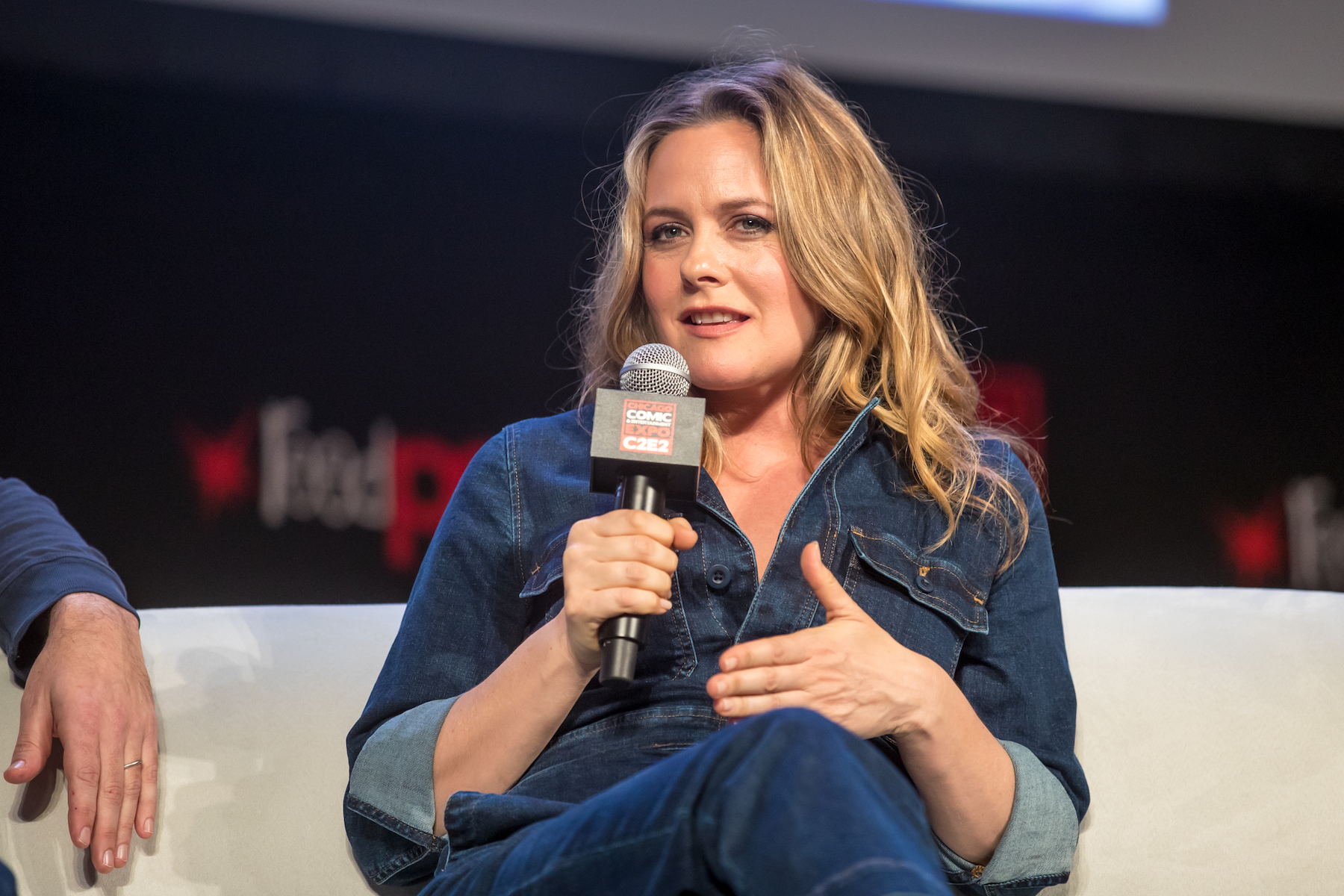 “I loved playing Cher,” Silverstone told fans. “It was such a fun character and working with these guys — every one of them was so much fun … I didn’t know who that girl was, so it was really fun to be her. Because it wasn’t how I lived my life.” 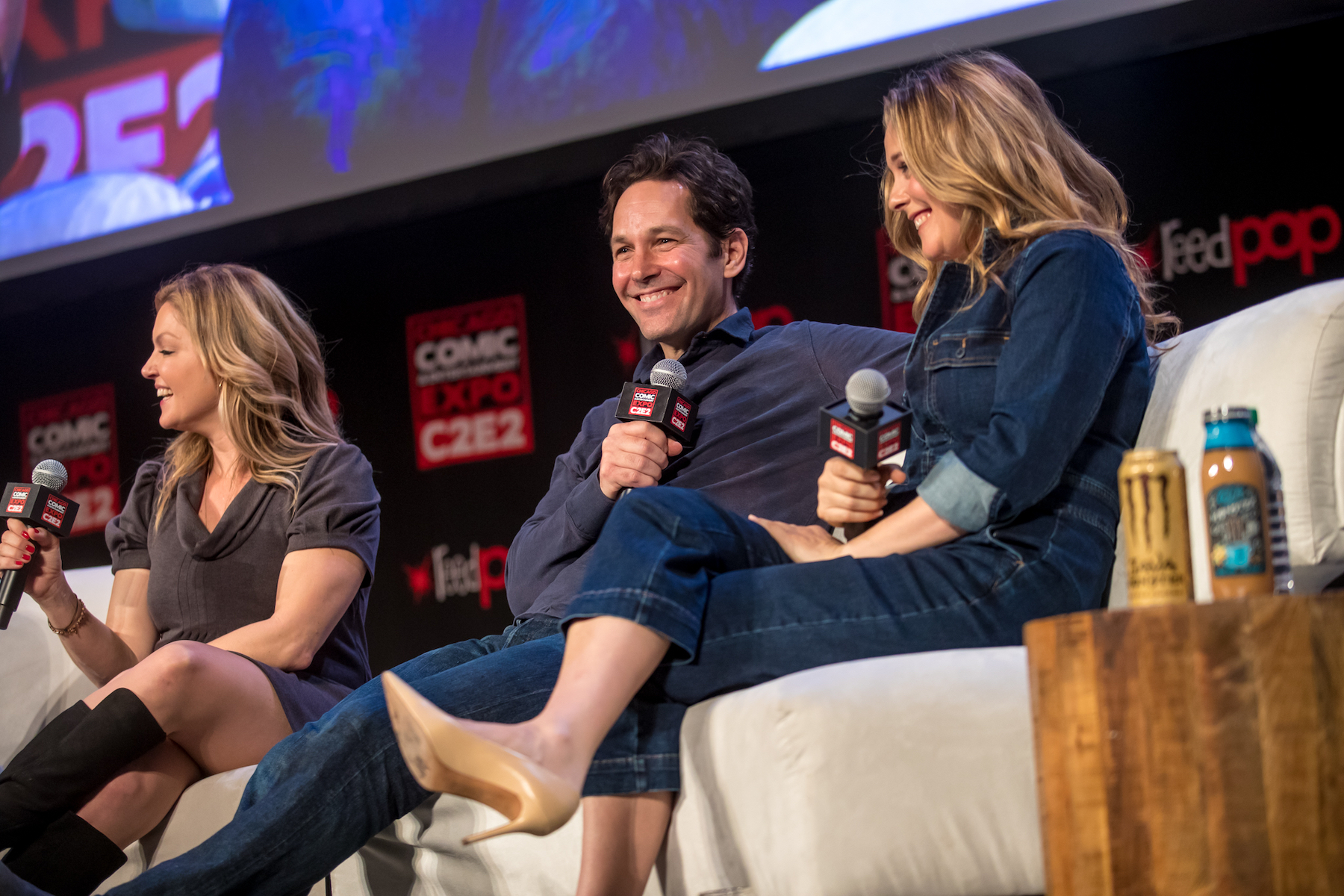 Faison said he thinks Cher and Josh “would still be together if we were to ever do a sequel.” 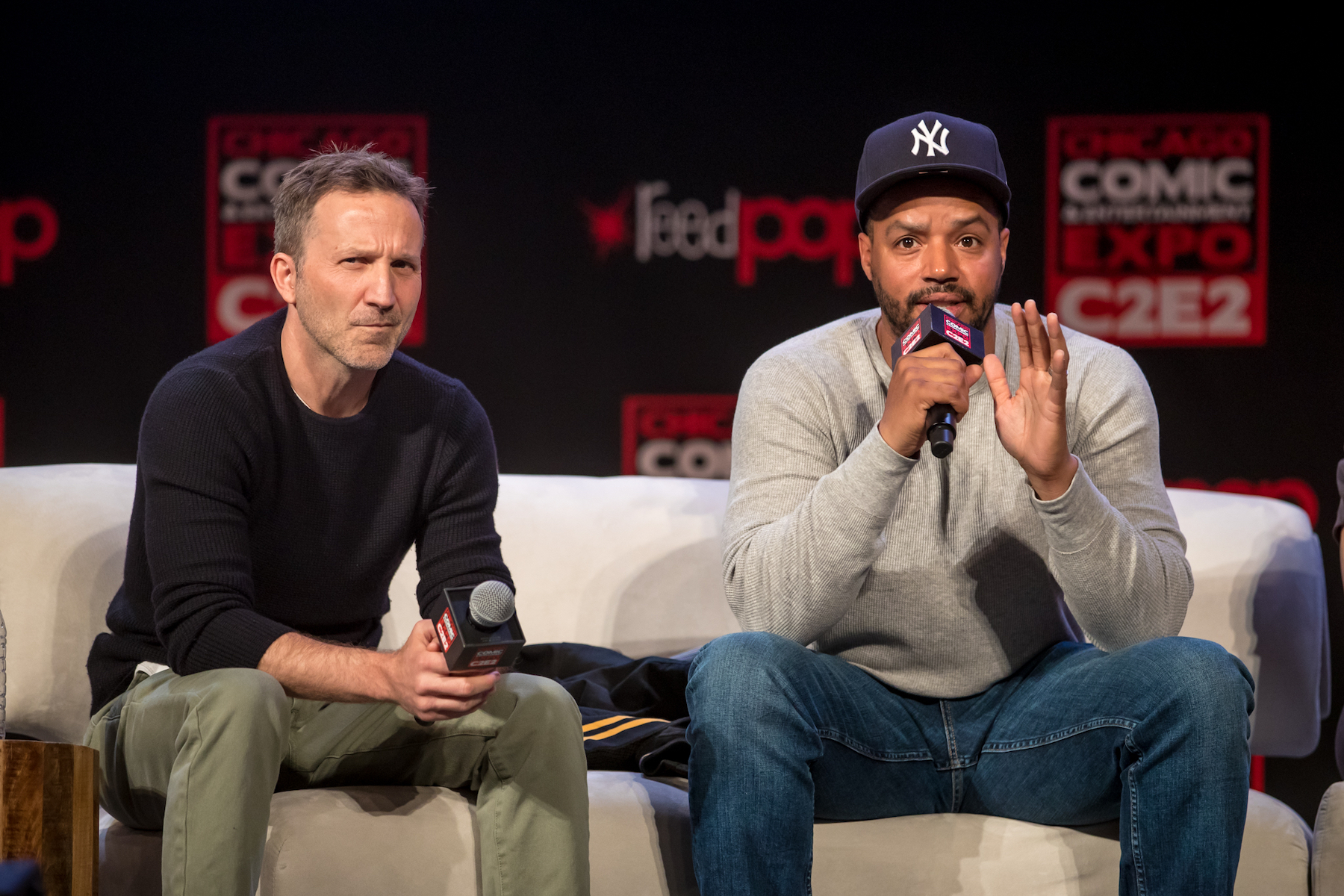 “So much fun hanging out with these boys today,” Silverstone captioned a photo on Instagram on Saturday. “They had me laughing so hard.” 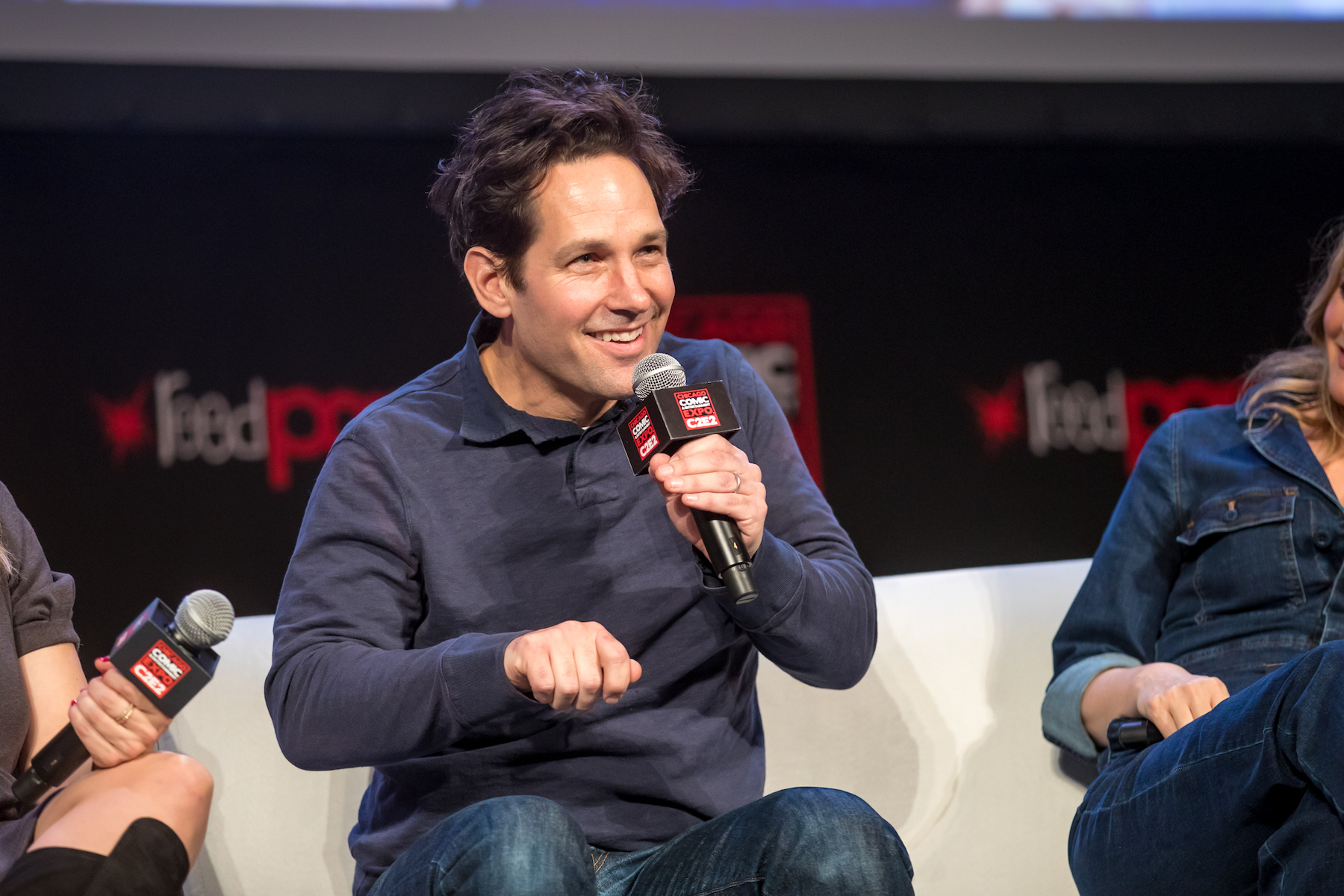 Silverstone posted an adorable shot with Rudd. “Such a sweet reunion last night at dinner with my pal #PaulRudd,” she captioned the shot. “I love this guy! I mean he ordered vegan for both of us….. Swoon.”