The comedian who openly celebrated Kobe Bryant‘s death is triggering a wave of threats aimed at the comedy club where he was supposed to perform.

Law enforcement sources tell TMZ … Ari Shaffir was scheduled to do stand-up at the New York Comedy Club Tuesday night at 9:15 PM, but the club was forced to call cops after getting multiple phoned-in threats. 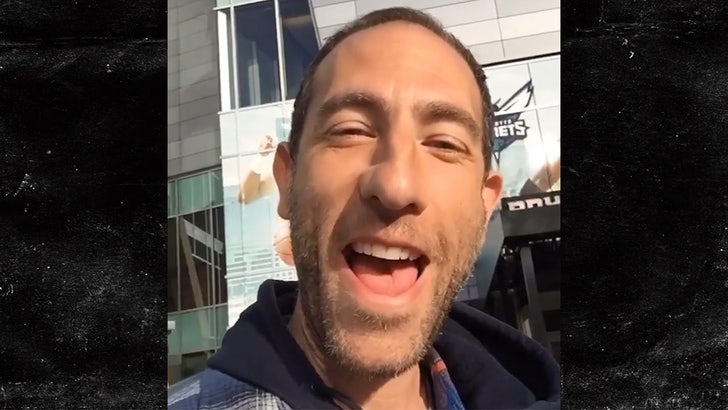 Our sources say someone called threatening to shoot up the place because a comedian scheduled to perform there made a vile joke about Kobe. We’re told the caller didn’t mention Shaffir by name, but it’s no secret — he DID stir anger just hours after Kobe’s death.

Cops responded Tuesday night, and the club beefed up security. It’s unclear if the show went on as scheduled.

The day Kobe died, Shaffir tweeted a selfie video, saying, “Kobe Bryant died 23 years too late today. He got away with rape because all the Hollywood liberals who attack comedy enjoy rooting for the Lakers more than they dislike rape. Big ups to the hero who forgot to gas up his chopper. I hate the Lakers. What a great day!”

Shaffir posted another video later and doubled down, saying Kobe’s death was a “good story” because “the guy got away with rape.” Shaffir deleted it, but the damage was done.

We’re told the club filed a complaint with the NYPD for aggravated harassment 25 minutes before Shaffir’s set time. No arrests have been made and the case is still under investigation.

Shaffir, who swiftly got dropped by his talent agency after the Instagram video, later took to Instagram to explain his video in epic failure.

We reached out to the comedy club — but so far, no word back.