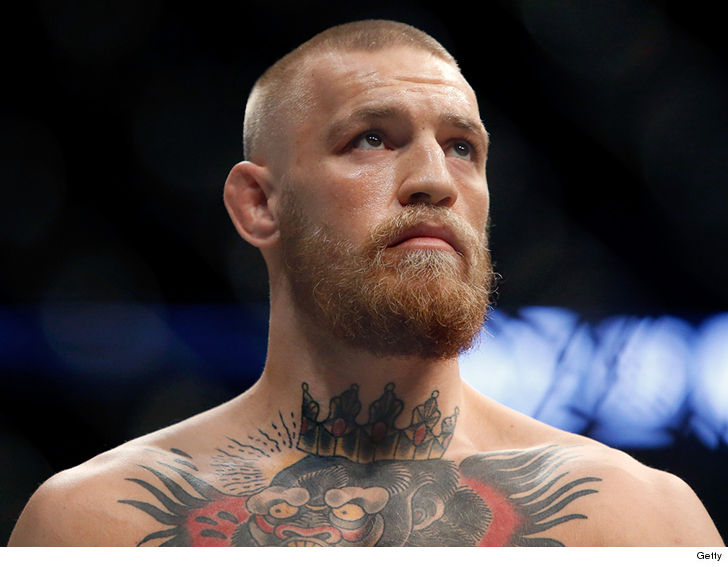 Stop us if you’ve heard this one before … Conor McGregor just tweeted that he’s retiring from MMA forever.

It happened in the middle of the night … McGregor tweeted:

“Hey guys quick announcement, I’ve decided to retire from the sport formally known as ‘Mixed Martial Art’ today. I wish all my old colleagues well going forward in competition. I now join my former partners on this venture, already in retirement. Proper Pina Coladas on me fellas!.”

Is he serious? UFC honcho Dana White thinks so … telling ESPN, “He has the money to retire and his whiskey is KILLIN it. It totally makes sense. If I was him I would retire too.”

White added, “He’s retiring from fighting. Not from working. The Whiskey will keep him busy and I’m sure he has other things he’s working on.”

“He has been so fun to watch!!! He has accomplished incredible things in this sport. I am so happy for him and I look forward to seeing him be as successful outside of the octagon as he was in it.”

The issue … McGregor was on “The Tonight Show Starring Jimmy Fallon” — which aired Monday night — and he told Fallon he was in active negotiations with the UFC to fight in July.

So, what went sideways between the time he taped the show and his retirement tweet??

We’re trying to figure it out …

McGregor has tweeted about retiring before … back in April 2016, he wrote, “I have decided to retire young. Thanks for the cheese. Catcha ya’s later.”

Of course, he didn’t REALLY retire — he went on to fight Nate Diaz (and win) a few months later.

The difference between now and then — Proper 12.

Of course, just a few days ago … McGregor was telling fans how much he LOVES fighting and how he’s got big fighting plans in his future … including rematches with Nate Diaz and Khabib Nurmagomedov.

So, has Conor had a change of heart??? Or is this all one big joke?

Oh, and Khabib — who beat Conor in October — has also weighed in with a statement of his own.

“There can be only one king in the jungle,” Khabib said … “Only one.”