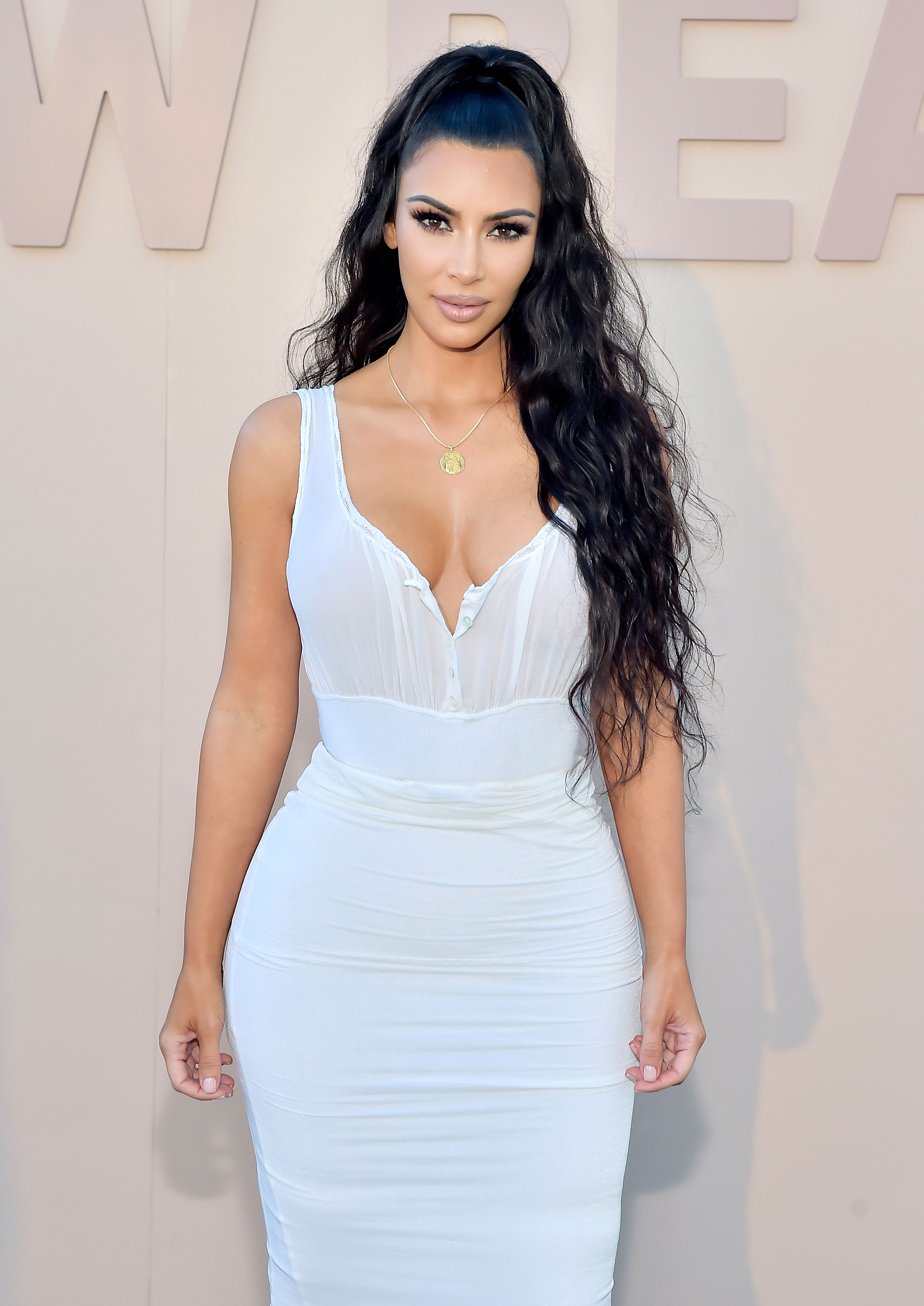 Deck the halls! Just days after saying the famous Kardashian tradition of releasing a family Christmas card is over, Kim Kardashian may have had a change of heart.

The 38-year-old reality star was on set with her famous family on Thursday, December 13, and had the idea of gathering them for a holiday photo shoot. “So guys, we’re on set today and I’m here with all my sisters and my mom,” Kardashian said on her Instagram Story. “Do you think I should pop up on them with a photographer and shoot our family Christmas card? I think I can get this done.”

She continued: “I can maybe pull this off in about an hour, but do we want a sister-mom Christmas card, or do we want all the kids in it? I mean, I can try to get all the kids here and surprise everyone … what do I do, guys?” Kardashian also tweeted, “Ok I have al [sic] of my sisters and my mom on set! I’m trying to surprise them with a Christmas Card shoot but just thought of this idea and Kanye [West] is out of town! What do I do????” 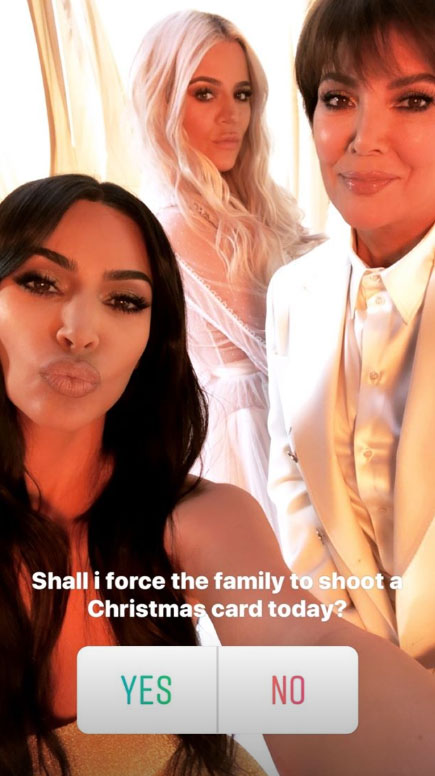 The KKW Beauty CEO then posted a picture with Khloé Kardashian and Kris Jenner on Instagram and asked, “Shall I force the family to shoot a Christmas card today?” She also included a poll, which had overwhelmingly positive results.

Jenner, 63, wasn’t too upset about skipping a Christmas card this year, however. “We take so many photos together that we’re so excited about, always doing photo shoots and stuff. We have a photo shoot on Thursday, so there’s always something,” she told Us on Tuesday, December 11. “We’re always doing something!”

Kim previously admitted that her mom was mainly the one who didn’t want to gather the large family for the annual tradition. She told E! News earlier this month, “Kris Jenner has given up. She just is like, ‘I don’t have the energy to wrangle all my kids anymore and their kids.’”

“I have to say, in thanks to last year’s Christmas card, that really did just f—k us over,” the Selfish author added, referring to the feud that played out on Keeping Up With the Kardashians between her and Kourtney Kardashian, stemming from trying to plan the 2017 Christmas card. “That was so dramatic.”

A source later told Us that a KarJenner holiday card “has become a really hard production because the family is so big now.”

The insider added: “It’s a hassle and, honestly, it’s just not worth it anymore.”

Olympian Lolo Jones Says Being Honest About Her...

Penn Jillette: ‘We have to have two tricks: one that...

A pair of newlyweds ...
Our Partner