Dolly Parton hits the West End: Stage remake of classic film 9 to 5 tries to be #MeToo the musical but ends up as a limp pantomime

Despite the website strictly reminding us ‘Dolly Parton will not be appearing in this production’, she does. Looming large on a big video screen, she narrates and sings, her digital bust dwarfing the orchestra. 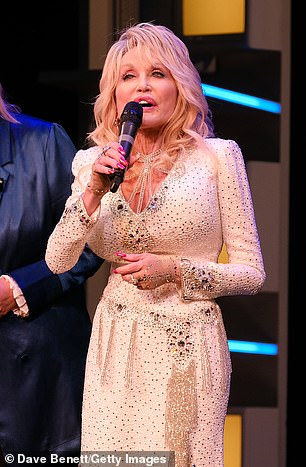 Dolly Parton at the curtain call during the Gala Night performance of “9 To 5: The Musical” at The Savoy Theatre on February 17, 2019 in London

Then she’s gone. The musical remake of her 1980s film that she leaves behind is proficient, but soulless. The set blinks like a pinball machine, it churns out good smutty puns, but it’s oh so thin on plot, monotone on performance and even the newly penned songs by Dolly are blandly forgettable.

Two Parton classics appear though, one warning us ‘too much make-up, too much hair, don’t be fooled by thinkin’ that the goods are not all there’.

Reader, the goods are not all there.

Its attempt at a message is ‘#MeToo the musical’ but with bottom slapping. The central trio of secretaries (originally Parton, Lily Tomlin and Jane Fonda on screen) start the fight within their firm for equal rights and recognition.

Worthy causes, but they’re quickly forgotten as cleavages are ogled, unattractive women are balked at, secretary Bonnie Langford kicks her height in suspenders and boss Brian Conley is dangled from the ceiling in a gimp suit. 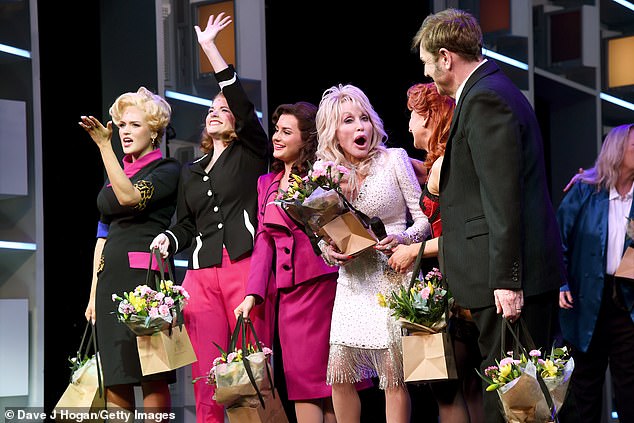 It unconvincingly tries to have it both ways, like Bernard Manning giving a serious lecture on the virtues of feminism.

But the crowd lapped it up, except the elderly gentleman sitting in a box who tutted like a woodpecker when drugs made an appearance.

Our secretary trio is Caroline Sheen, Natalie McQueen and Amber Davies. Davies is far better than her Love Island career start would have you expect, Sheen is solid West End standard, but McQueen as Doralee (unmistakably the rootin’-tootin’ Dolly Parton role) is the closest thing to stardust with fine Tennessee-twang vocal cords and a Barbara Windsor slapstick quality. 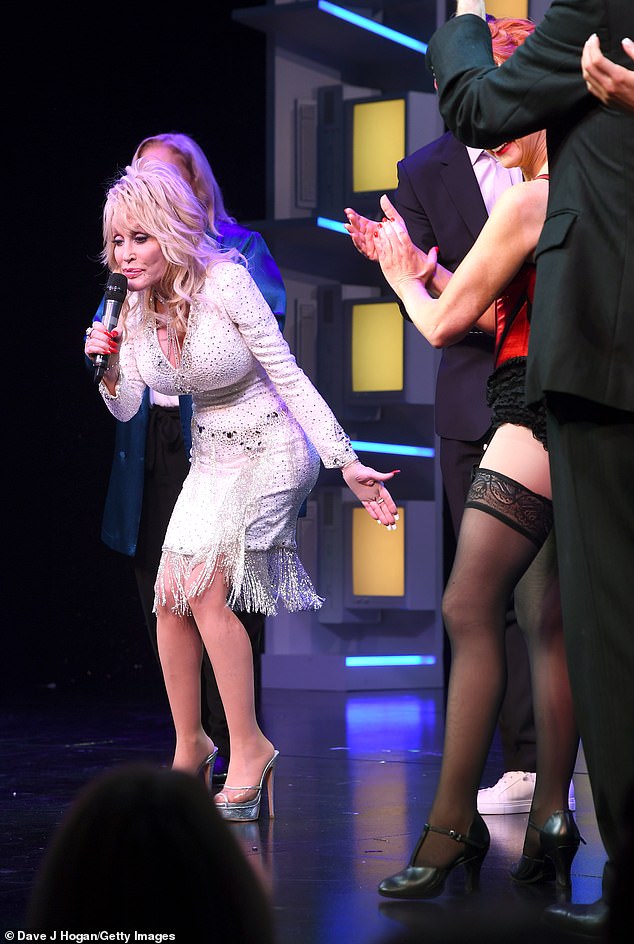 But on the whole, it’s as limp as February panto. Energetic but lightweight. When you plaster Dolly Parton over every slice of poster and programme you expect something at least approaching her charisma and genuine depth beneath the make-up and hair. 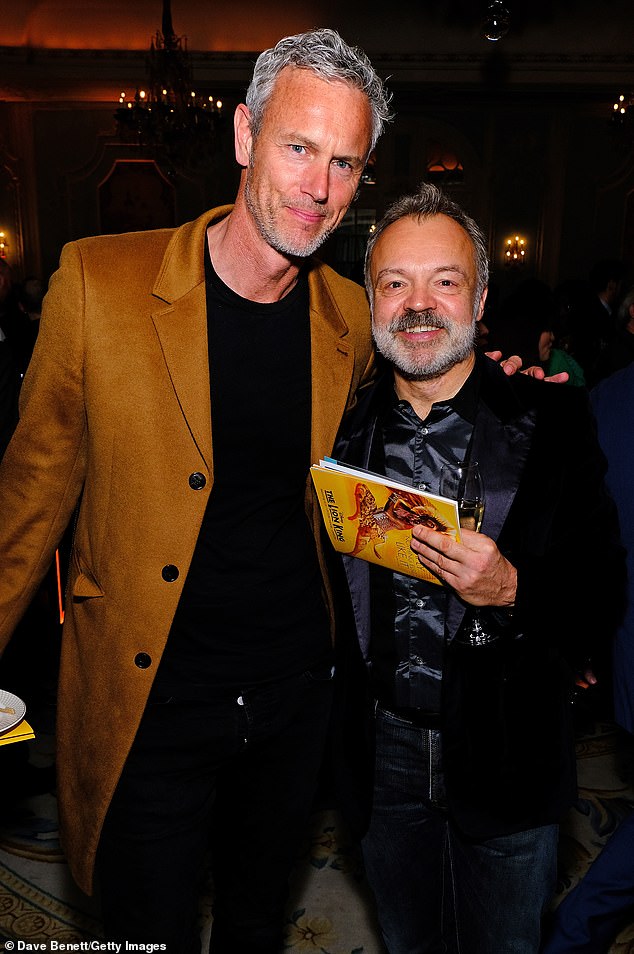 Mark Foster (left) and Graham Norton attend the Gala Night after party for “9 To 5: The Musical” at The Savoy Hotel