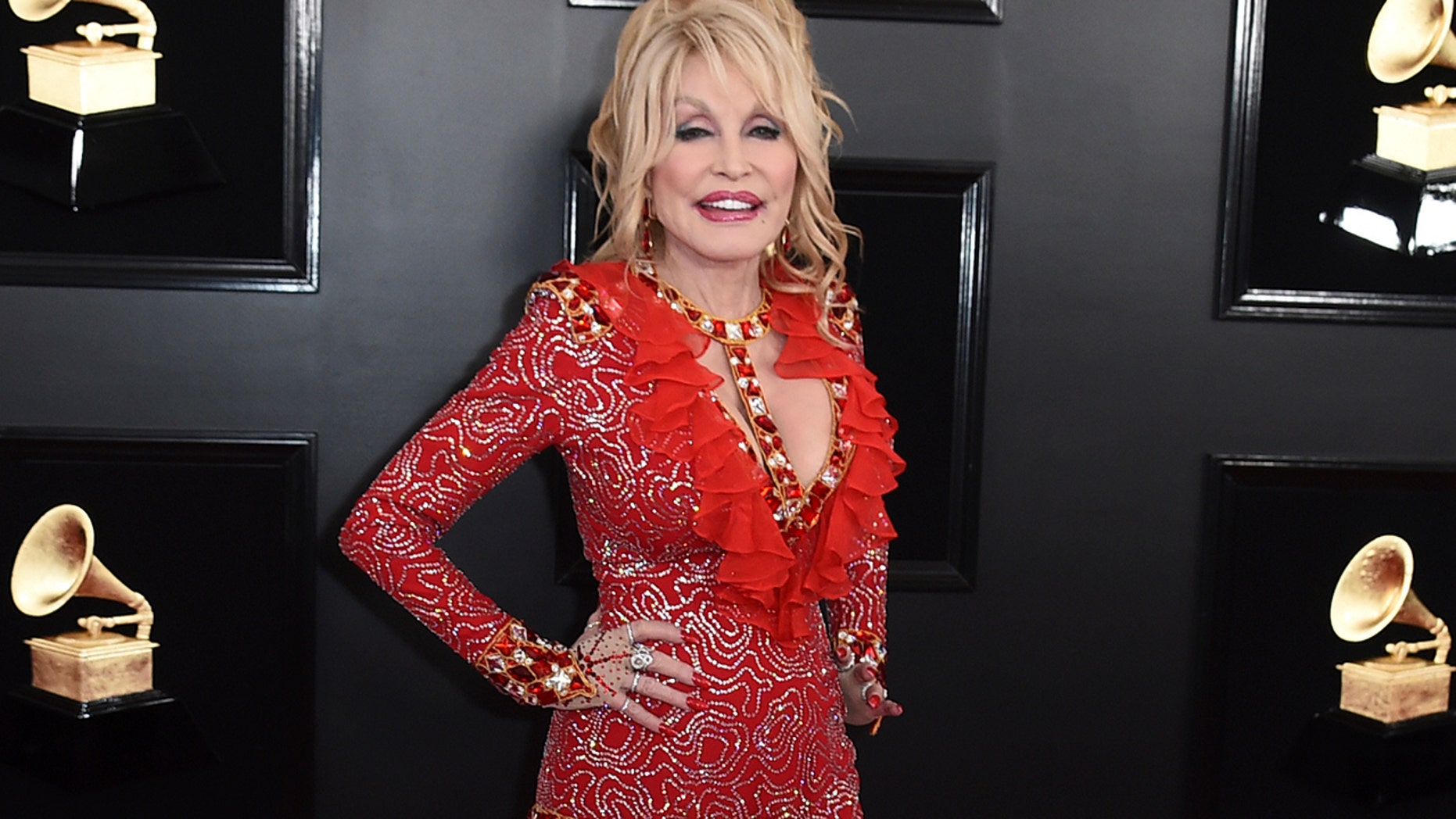 Dolly Parton arrives at the 61st annual Grammy Awards at the Staples Center on Sunday, Feb. 10, 2019, in Los Angeles.
(AP)

Dolly Parton has strong but polite words about the #MeToo movement and feminism in general — and she wants to make clear that her views are her own.

The country legend said she's experienced sexual harassment during her time in the limelight, but that her experiences likely aren't as bad as those other women may have had.

“I’m pretty sure [sexual harassment had] always been bad. It’s just that with the #MeToo movement women are bolder to speak out against it," Parton, 73, told The Guardian in an interview released Sunday. "I have [dealt with it], but I have always been able to maneuver because I come from a family of six brothers, so I understand men and I’ve known more good men than bad men. It’s a man’s world, and it’s not their fault any more than it is just life and … we have allowed it to happen."

She added, "I think people now see that we’re here, and women are very important, and they need us, just as we need the men. But if someone was getting real aggressive with me, I’d scream or throw something at them. But, of course, I’ve been hit on – I’ve probably hit on some people myself!”

The unapologetically feminine Parton said she relates to feminists — and even provided them a soundtrack and film in "9 to 5" — but the singer is hesitant to label herself as such because she never saw herself in that way.

“I don’t think … I mean, I must be if being a feminist means I’m all for women, yes. But I don’t feel I have to march, hold up a sign or label myself," she explained. "I think the way I have conducted my life and my business and myself speaks for itself. I don’t think of it as being feminist. It’s not a label I have to put on myself. I’m just all for gals.” 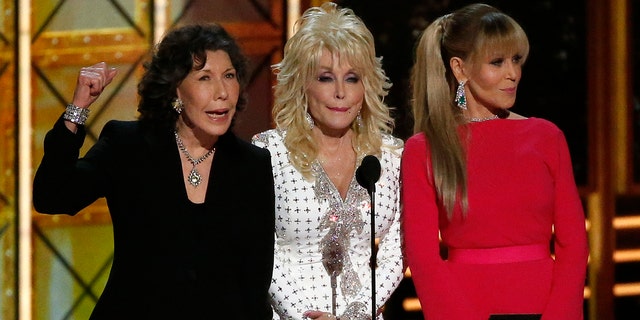 DOLLY PARTON: 'WHEN ALL ELSE FAILS, DO A BOOB JOKE'

She also admitted that she was uncomfortable when Lily Tomlin and Jane Fonda criticized President Donald Trump while onstage with Parton at the 2017 Emmy Awards.

“I don’t like to be known by the company I keep, so to speak. I want to be my own individual self. If I’ve got something to say, I’ll say it, but I don’t want to be dragged into it,” she said, adding she wasn't exactly surprised by the actresses' comments about the POTUS.

DOLLY PARTON: 'I DON'T DO POLITICS'

"I just did not want everybody to think that whatever they think is what I think," she said. "I don’t really like getting up on TV and saying political things. I don’t even want to make a deal out of it, but I want people to know I’m my own individual self. Even though [Fonda, Tomlin and I] may agree on a whole lot of things — and they may have more agreement [between] themselves because they’ve been together for longer — I still have my own thoughts and my own way of doing things. It’s not a matter of being disrespectful, it’s just, 'OK, that’s what they said, I’m not getting involved in it.'”

A big reason Parton doesn't get political is because she's a smart marketer, admitting that she doesn't want to alienate anyone in her enormous, diverse fanbase — and that attitude extends to her own friends.

“I’ve got as many Republican friends as I’ve got Democrat friends and I just don’t like voicing my opinion on things. I’ve seen things before, like the Dixie Chicks. You can ruin a career for speaking out,” she said. “I respect my audience too much for that, I respect myself too much for that. Of course I have my own opinions, but that don’t mean I got to throw them out there because you’re going to piss off half the people.”