And the veteran actress, who played Albert Square’s do-gooding Dot Branning, said personal experience had made her realise pensioners are treated as second-class citizens. June, 92, said: “The elderly in Britain aren’t really given enough respect. Grandparents are ignored or packed off to care homes. Old people are considered worthless fuddy-duddies and often overlooked, which makes them sink into loneliness. I noticed it as soon as I started to age. “I’m not bragging but I used to be rather beautiful, with lovely legs, and people would always ask me to dance. But suddenly people didn’t take any notice of me any more. I was at a party in my 50s and was forced to dance with a chair because nobody wanted to dance with me. I’m serious.

“I just really wanted to dance so I took the chair and danced with it. I didn’t care a jot what people thought of me. Didn’t even look at them. I was just happy dancing.”

Speaking in the latest Radio Times, on sale today, June’s assessment chimes with the Daily Express Respect for the Elderly crusade. June still lives in her Surrey home, helped by her two daughters, but lost the hearing in her right ear after lightning struck her house at Christmas. She also suffers age-related macular degeneration which has ravaged her eyesight.

She started acting in the Wrens and studied at the Old Vic, where she met her first husband, actor John Garley.

After seven years of marriage he took his own life.

She later married actor Robert Arnold, and the couple had six children, one of whom died in infancy. They were together for 45 years until he died in 2003 of pneumonia. 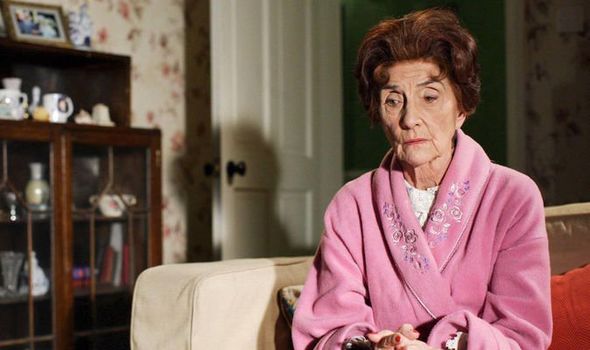 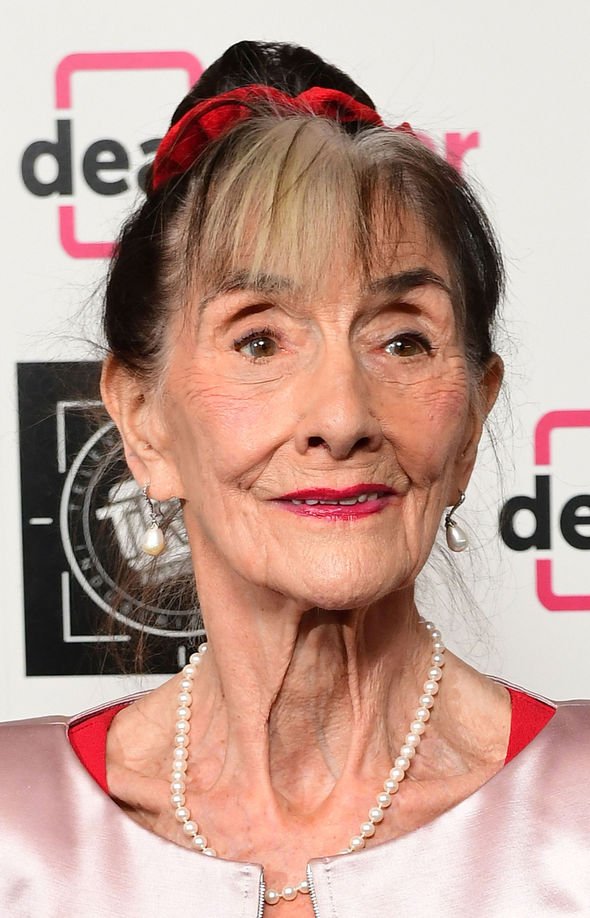 June said: “I’ve had tragedy in my life, but I think that gives me a depth that I can bring to my work. I’d like to see more older women on TV because they can bring that life experience and emotion to a performance. You simply don’t have that as a young woman. Sadly, women are written off far too early in this industry.”

And she credits her longevity to a “doing exactly as you damn well please” diet.

She said: “I’m going to die of something fairly soon so why not enjoy myself? I love red wine and also dark chocolate, even though I’m allergic to it and it makes me sneeze. And the Guinness helps me keep a bit of weight on.

“What’s the point of counting how many cigarettes I smoke a day? I’ve been on them for over 70 years. I did try one of those new electronic cigarettes but it was so heavy it kept falling out of my mouth.”