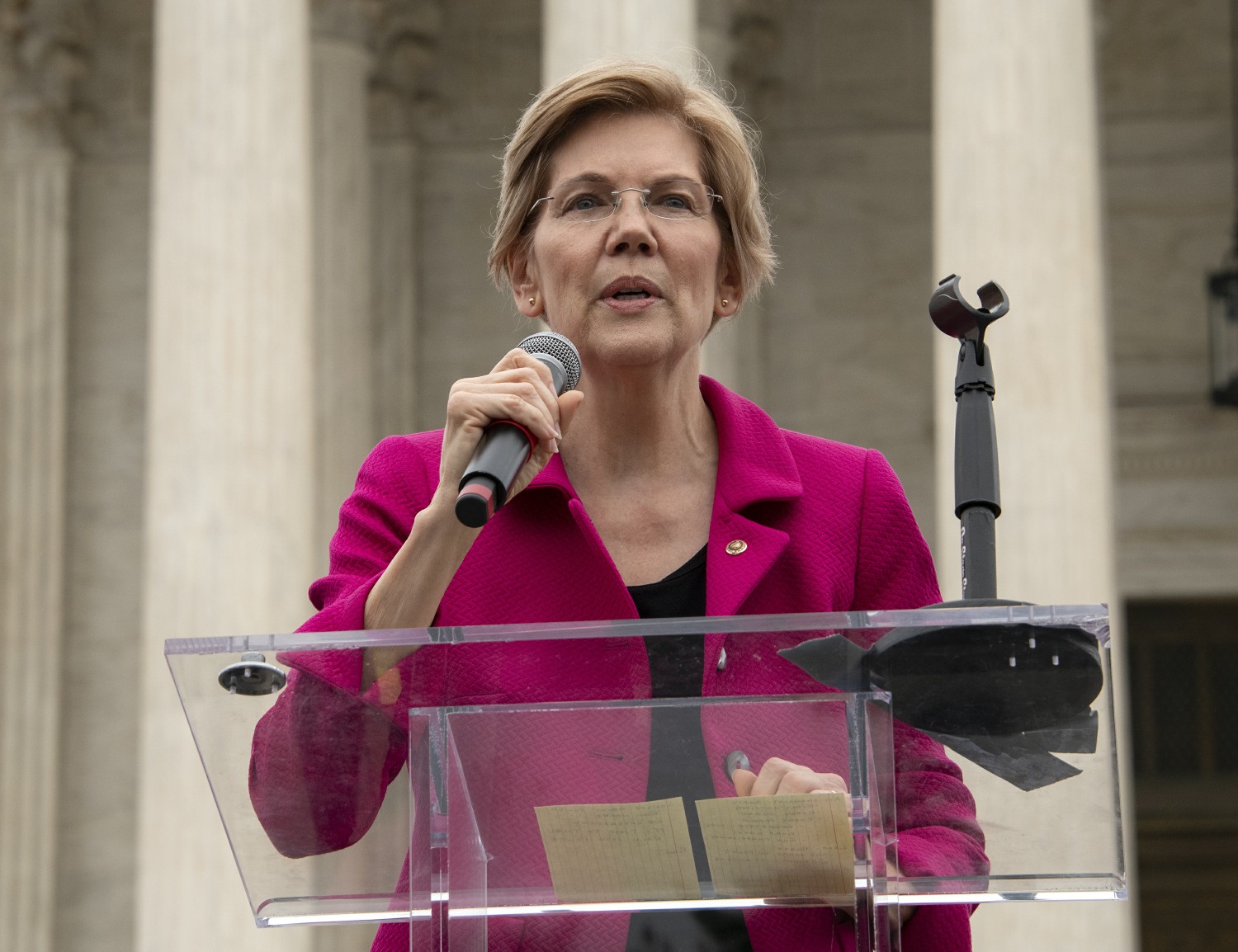 Yeah, we’re still talking about Elizabeth Warren’s DNA, apparently. #ButHerDNA is the new #ButHerEmails. Back when Senator Warren first ran for her first term, her opponent (Scott Brown) made it a “campaign issue” that Warren had told some anecdotal stories about how she likely had Native American ancestry. That really is how it started – as a Republican smear on a popular Democrat and academic. Then Professor Warren had never applied to be part of any tribe, she wasn’t going around, claiming to know the Native American experience first-hand. She merely talked about some of her family stories. And for that, the Republicans waged a racist campaign in which they made “Tomahawk” chants and gestures outside her rallies. Years later, Donald Trump would embrace the racist campaign Scott Brown began – Trump dubbed her “Pocahontas” and he used the name as a pejorative.

Well, back in October, Senator Warren began to really step up and get her house in order in preparation for a presidential run. She wanted to address the Native American ancestry stories head on, so she… took a DNA test. The test proved that she had Native American ancestry six to ten generations back, which would indicate that some of her family lore is true – there was a Native American great-great grandmother somewhere. Warren addressed the DNA test and her “family stories” with an excellently produced video. The video featured her relatives, and information about her DNA testing. At no point did Senator Warren claim that she was a full-blooded Native American, or a member of a tribe, or looking into membership in a tribe. She was merely trying to take the air out of racist attacks against her, much like Barack Obama finally giving in and releasing his long-form birth certificate.

The reaction to Warren’s video and DNA test was… puzzling. Native American groups were up in arms that she would claim to be Native American, liberals were like “I’m not so sure about this?” and Donald Trump said he didn’t even believe the DNA test and he wanted to “test her personally.” There still seemed to be a lot of shenanigans and racism, and I really didn’t understand why. I still don’t understand why. But apparently, it’s not been established by the political intelligentsia that Warren-taking-the-DNA-test was a Bad Idea. The New York Times did a story about it this week (Nate Silver makes a good point):

The New York Times’ story is about how Senator Warren is questioning whether she should have even taken the DNA test:

Two months after Elizabeth Warren released the results of a DNA test to show that there is “strong evidence” of her Native American ancestry, the Massachusetts senator is reportedly starting to question whether promoting the in-depth racial analysis of politicians was a good idea.

Publicly, the senator hasn’t admitted to having any regrets. In private, however, that may not be the case: “Advisers close to Ms. Warren say she has privately expressed concern that she may have damaged her relationships to Native American groups and her own standing with progressive activists, particularly those who are racial minorities,” the New York Times reports.

And indeed she has. Many have criticized Warren’s decision, saying the DNA test not only played directly in to Donald Trump’s attacks on her (the president has repeatedly referred to her as “Pocahontas”), but also that it was exactly the kind of genetic testing has been used to subjugate native and minority communities in the United States for centuries. Native communities and groups also condemned the test, with Cherokee Nation secretary of State Chuck Hoskin Jr. writing in a statement after Warren’s revelation that she has Cherokee ancestry, “A DNA test is useless to determine tribal citizenship,” and “using a DNA test to lay claim to to any connection to the Cherokee Nation or any tribal nation, even vaguely, is inappropriate and wrong.”

In an interview following her release of the test, though, Warren was asked whether she regretted her decision and she said, “I put it out there. It’s on the internet for anybody to see. People can make of it what they will. I’m going to continue fighting on the issues that brought me to Washington.” The senator is reportedly planning to announce her 2020 presidential bid in the coming weeks, and her advisers strongly suspect she will be forced to revisit the issue, so … we have that to look forward to.

I understand that Native American communities aren’t here for Professor Becky to adopt their struggle just because she’s 6% Cherokee or whatever. But I’m begging all people to please use logic: Senator Warren never claimed to be a member of any tribe. She never attempted to become a member of any tribe. All she did was repeat some family stories, and she was called a liar and she was smeared with a hateful, racist campaign, and as it turns out…her family stories were true. Maybe I’m completely naive about this, but what the everloving f–k, you guys? How is Sen. Warren’s DNA test somehow a “negative” against her presidential run?? 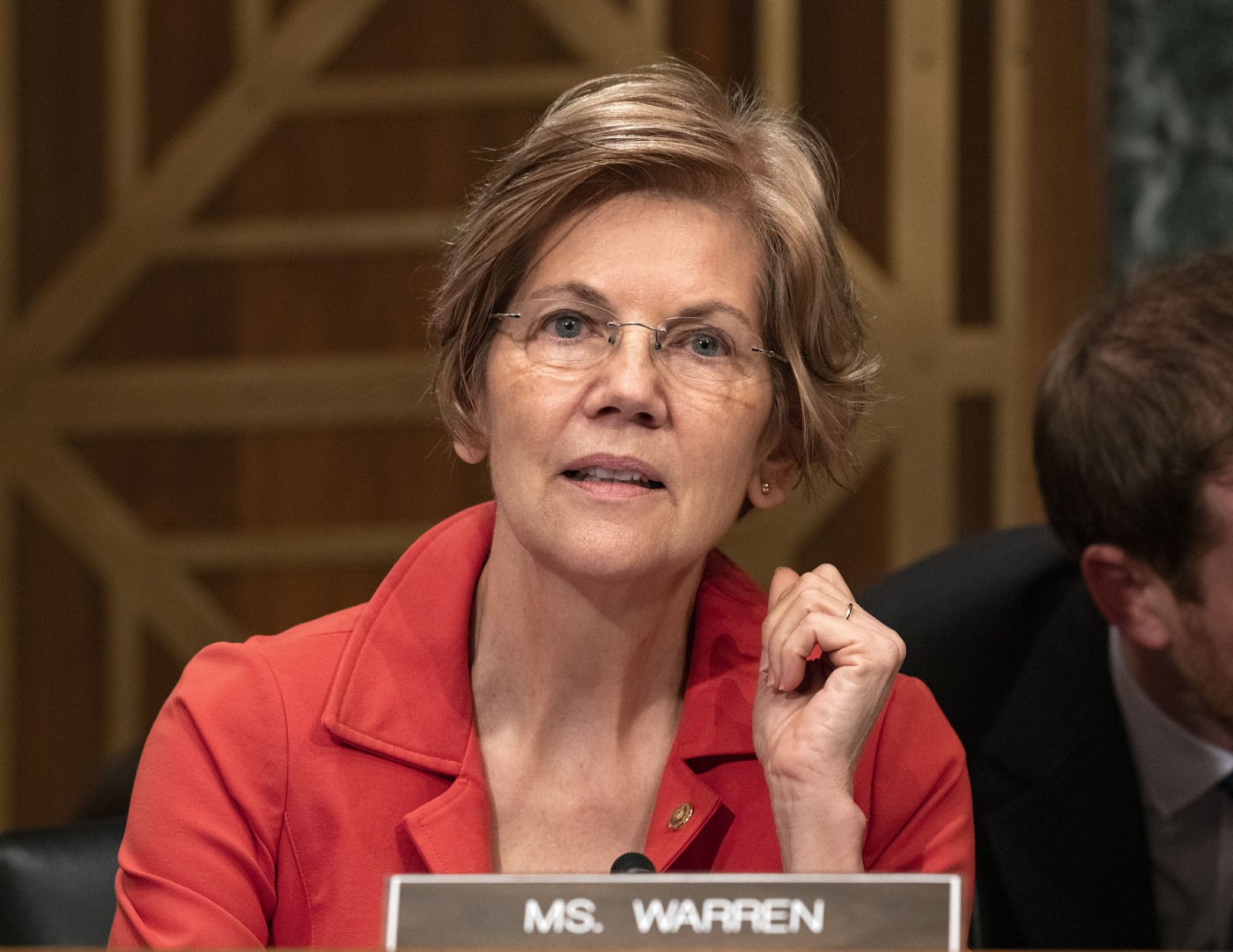