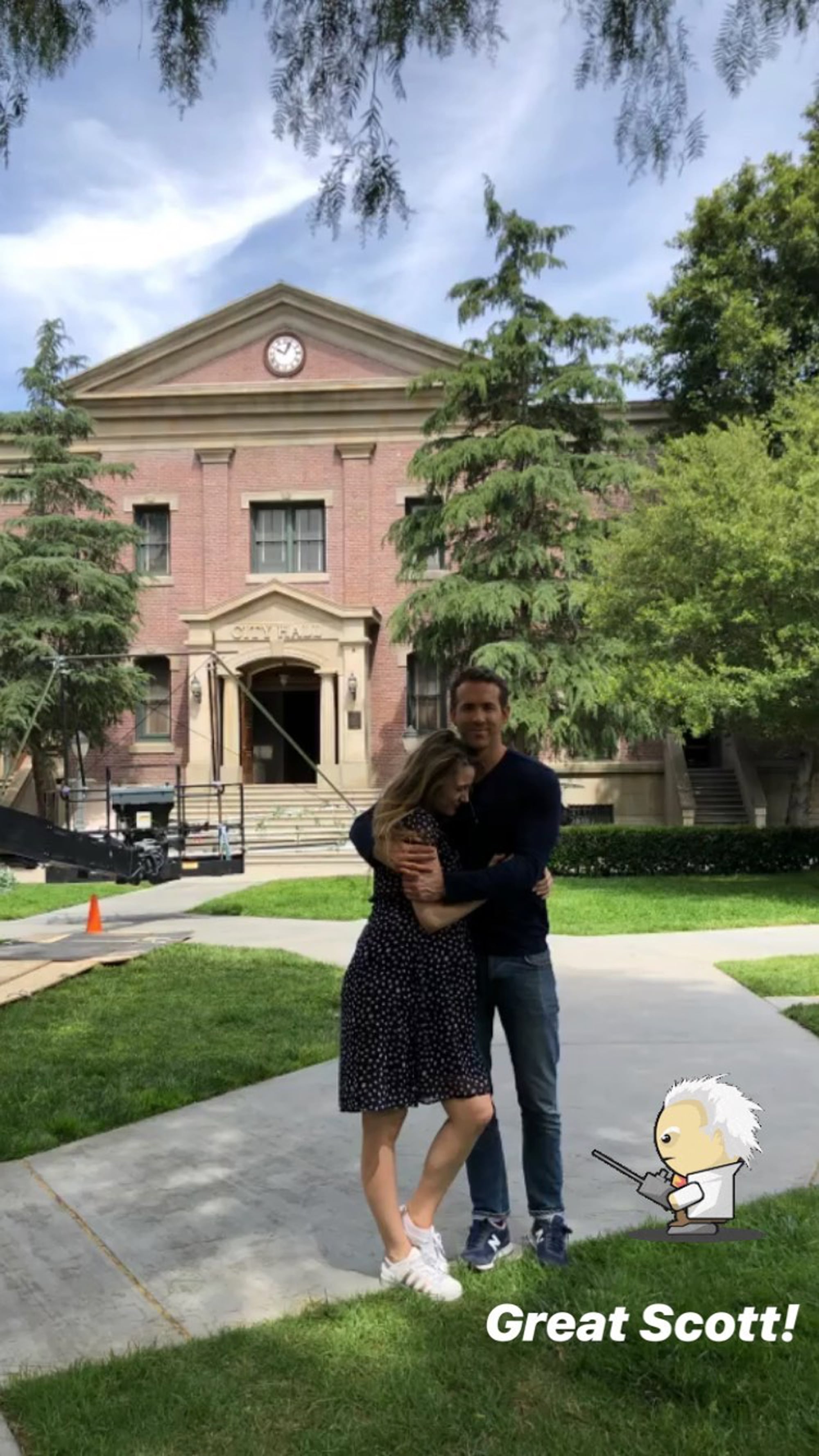 Ryan Reynolds had the support of his biggest fan, Blake Lively, while filming Free Guy in Boston on June 22. The 42-year-old actor began shooting his newest project this week, alongside actors Joe Keery and Utkarsh Ambudkar. He shared a snap of himself and Blake, 31, hugging on set, and captioned it “Great Scott!” — a nod to Back to the Future.

After a whirlwind of red carpets and social media banter in 2018, Blake and Ryan have stayed relatively under-the-radar over the past few months. The couple last made a public appearance in May, when they stepped out for Ryan’s Pokémon Detective Pikachu premiere, and revealed Blake is pregnant with their third child. Their newest addition will join the pair’s daughters 4-year-old James and 2-year-old Inez. Hopefully we’ll get to see more on-set family moments before Blake’s presumed due date this Fall!