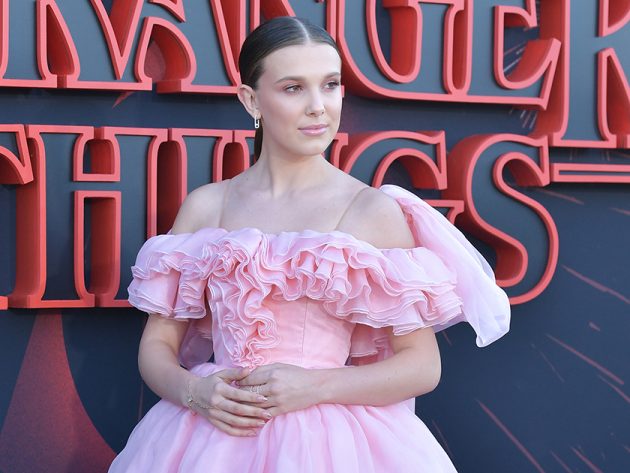 The Stranger Things star took to her Instagram story to share a skincare tutorial with her fans, demonstrating how to use the products from her new range Florence by Mills.

Aimed at younger girls, the range covers makeup and skincare, including a facial scrub, a face wash, a facial moisturiser and a lip oil, which the 15-year-old tried out during her tutorial video.

However, fans were left perplexed after watching the tutorial video, as by the end of it, it seemed as though the actress’s face was left looking exactly the same as it did at the start of the video.

Viewers of the story took to Twitter to complain that it looked as though the Emmy-nominated actress, who is best known for playing Eleven in Netflix’s science fiction horror Stranger Things, wasn’t using anything at all on her face.

They claimed that the video simply shows the actress rubbing her hands around her face, without using any product.

Viewers said not only did it not look like there was any liquid on the teenager’s face, but that the camera never even showed her applying the product onto her hands.

They also complained that viewers never saw the star actually rinsing her face and she kept touching her hair when she was supposed to have product on her hands.

‘Millie Bobby Brown is a weirdo loool,’ wrote one furious Twitter user. ‘She did a tutorial with her skin care range and just pretended to use the products??? WHO IS SHE FOOLING???? Foolish girl’.

Referring to one of Millie’s Stranger Things co-stars, another viewer joked: ‘millie bobby brown can do all the acting job finn wolfhard has done but finn wolfhard cant fake his skin care routine’.

While another added: ‘why did millie bobby brown only pretend to apply her skincare products and subject us to the dryness of her hands against her face, trying to get us to believe she was doing the real thing??’.

While a further critic commented: ‘Millie bobby brown “demoed” her skincare line but she ain’t put sh*t on her fact. Lmao huh’. What time is the Clap for our Carers NHS applause tonight? – The Sun
Celebrities