Four Weddings And A Funeral is smug and morally bankrupt – and Hugh Grant plays a ‘callous little s***’, said film chiefs (before the film went on to make £190million at the box office!)

It is the much-loved romcom that made Hugh Grant famous – and it’s so fondly remembered that he’ll reprise the role for this week’s Comic Relief.

Grant’s portrayal of unlucky-in-love Charles in Four Weddings And A Funeral in 1994 turned him into an overnight international star and something of a heart-throb.

But just before its release, censors condemned the film as morally bankrupt and an unfunny failure – and branded Grant’s character a ‘callous little s***’. 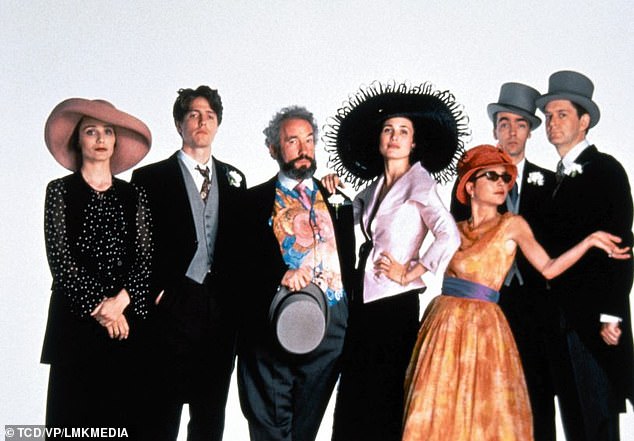 ‘Smug and morally bankrupt’: Archived papers reveal the views of British Board of Film Classification (BBFC) officials when Four Weddings and a Funeral was originally released

One examiner who assessed the film wrote: ‘As well as being morally bankrupt, this film joins a long line of British comedies that fail even as the credits roll.’

And another wrote: ‘If this new British comedy were a person, you would not want it to be your friend.

‘Superficial, smug and carelessly (and worse, uninterestingly) nasty are words that spring to mind for a film whose central character is meant to be lovable and quirky, but is, for this viewer, a reprehensible, callous little s***.’ 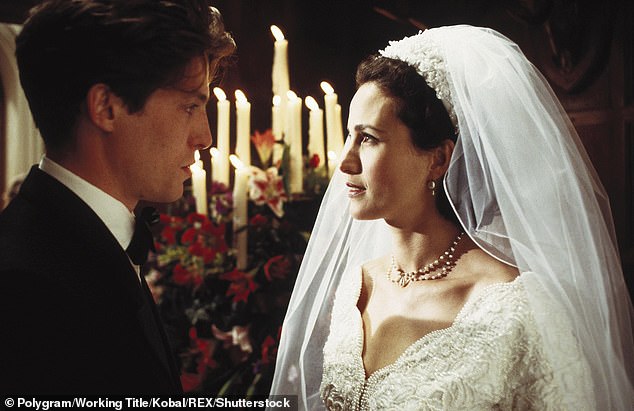 Hugh Grant (left) was initially described as ‘a reprehensible, callous little s***’ for his performance as Charles. The charming, yet bumbling Brit persona has proved since successful for Grant who has emulated it in comedies Notting Hill and Love Actually

The unnamed censor added: ‘The set of attitudes the film displays… prevents it working as a romantic comedy.’

The damning verdict by staff at the British Board of Film Classification, revealed in archive papers obtained by The Mail on Sunday, was starkly at odds with both critics and the public.

Written by Richard Curtis and starring American actress Andie MacDowell as Carrie – whom Charles falls in love with – the film earned £190 million at the box office and two Oscar nominations. 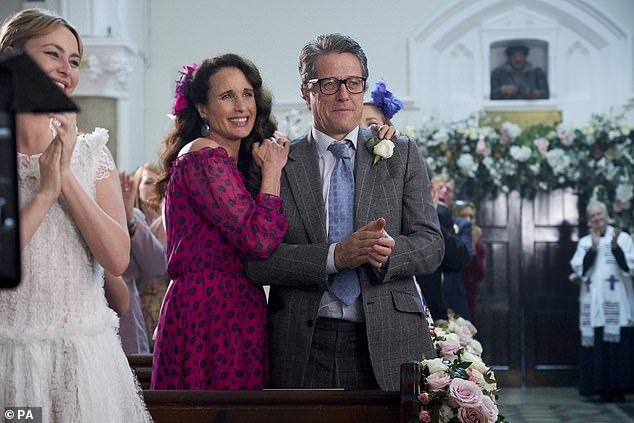 Andie Macdowell and Hugh Grant (centre) are reprising their roles as Carrie and Charles for One Red Nose Day and a Wedding, a one off special film that will premiere exclusively during Red Nose Day 2019 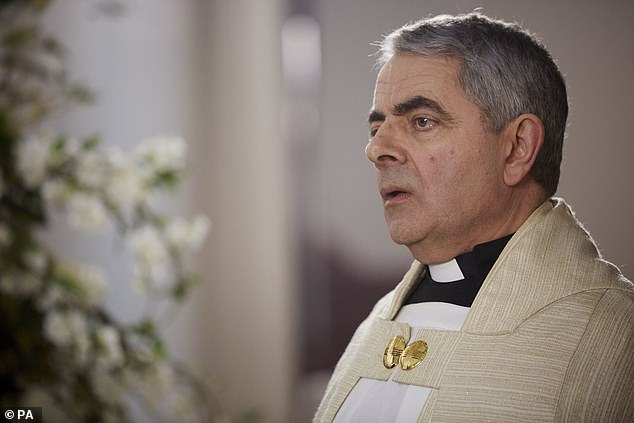 Asked about the censors’ verdicts, the film’s director, Mike Newell, said: ‘I think this is the whole very English thing of you can’t be seen to be enjoying something too much.’

The Comic Relief version reunites most of the cast from the 1994 movie.

Rowan Atkinson again plays a vicar, while Kristin Scott Thomas and Anna Chancellor will also return in the short sequel, to be screened on BBC1 on Friday.

The film censors eventually decided to give the movie a 15 certificate, warning of ‘strong language and moderate sex references’.