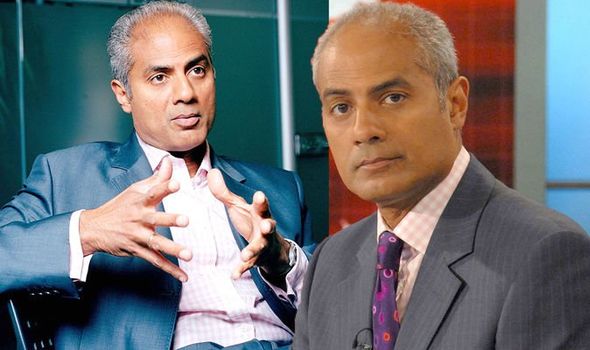 George Alagiah will begin a new regime of treatment soon, after first being diagnosed with advanced bowel cancer in 2014. The BBC newsreader previously underwent 17 rounds of chemotherapy, before revealing the disease had returned in January last year. The 63-year-old will remain on BBC News At Six as much as he can, but may need to reduce his appearances over the coming weeks. The father-of-two’s agent Mary Greenham spoke out today, just two months after he opened up about living with a stoma.

George’s rep said in statement: “George Alagiah will aim to be on air as much as possible, but may need to reduce his workload in the next few weeks as he begins a new regime of treatment to deal with a recent recurrence of his cancer.

“He is always grateful to the public for the tremendous support he has received.”

Bowel cancer is the UK’s fourth most common cancer and second biggest killer cancer, with more than 16,000 people dying from the disease every year, Bowel Cancer UK said.

But it is treatable and curable, especially if diagnosed early.

George, who has presented BBC News At Six for more than 10 years, returned to the newsroom in January for the first time since December 2017.

Earlier this year, the Sri Lanka-born newsreader hosted a podcast for the charity called In Conversation With George Alagiah, in which he spoke candidly about his treatment and living with the disease