Michael Douglas’ second grandchild is here. The 76-year-old actor and his wife, Catherine Zeta Jones, 51, happily reacted to the baby announcement and photo that Michael’s son, Cameron, shared on Instagram.

Michael Douglas, 76, is now a grandfather of two children. The Basic Instinct star’s son Cameron Douglas, 43 — whom Michael shares with his ex-wife Diandra Luker — welcomed his second child, a baby boy named Ryder T. Douglas. This means Michael’s wife and Cameron’s stepmom, Catherine Zeta Jones, 51, is also a step-grandmother of two children! Both Michael and Catherine reacted to the baby news with ecstatic comments after Cameron announced his baby’s arrival an Instagram post on Dec. 22.

In their comments, Michael and Catherine couldn’t stop laughing at the sweet photo that Cameron shared to break the baby news. In it, the proud father happily posed by his wife, yoga teacher Viviane Thibes, 42, who was cradling their newborn child. Their three-year-old daughter Lua, who was wearing a princess dress, was also in the family photo — but unlike her parents, she didn’t look too thrilled about her brother’s arrival. 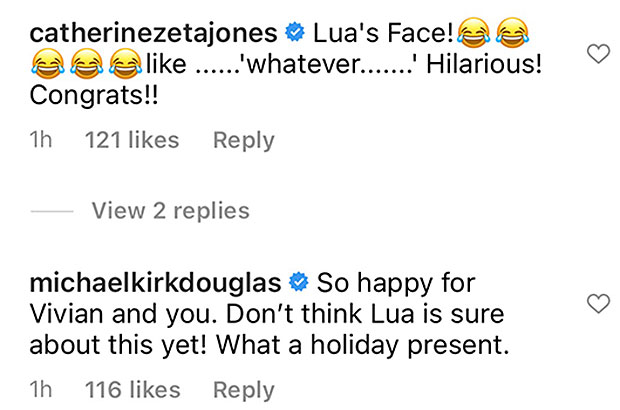 “Lua’s Face!,” Catherine wrote in the comments section, and added a string of laughing emojis. The Mask of Zorro star continued, “like ……’whatever’……’ Hilarious! Congrats!!” Her husband was just as amused. “So happy for Vivian and you. Don’t think Lua is sure about this yet! What a holiday present,” Michael commented.

Cameron has been a dedicated family man since his release from prison in 2016, which the Loaded star spent nearly seven years in over drug charges. He was arrested in 2009 for possession of methamphetamine, and eventually pleaded guilty to drug dealing in 2010. Amid his prison sentence in 2011, the actor also pleaded guilty to possessing drugs in his jail cell. 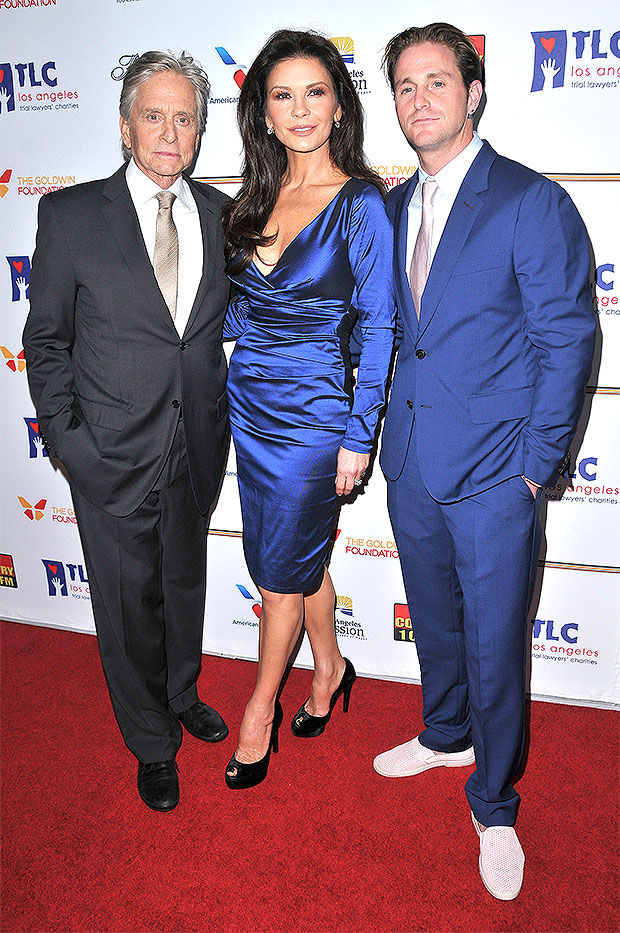 After his early prison release, Cameron credited Michael and Catherine for being his support system amid his difficult past and legal drama. “My family never gave up on me, not for one second,” Cameron told the Daily Mail in 2018. He added, “Catherine is a scrapper, she’s someone who came from Wales and clawed her way up to the very top through sheer talent and determination. She never gives up on anything and she didn’t quit on me. The love of my family got me through my darkest days.” Cameron has been thriving ever since — congratulations to the actor and his loving family! 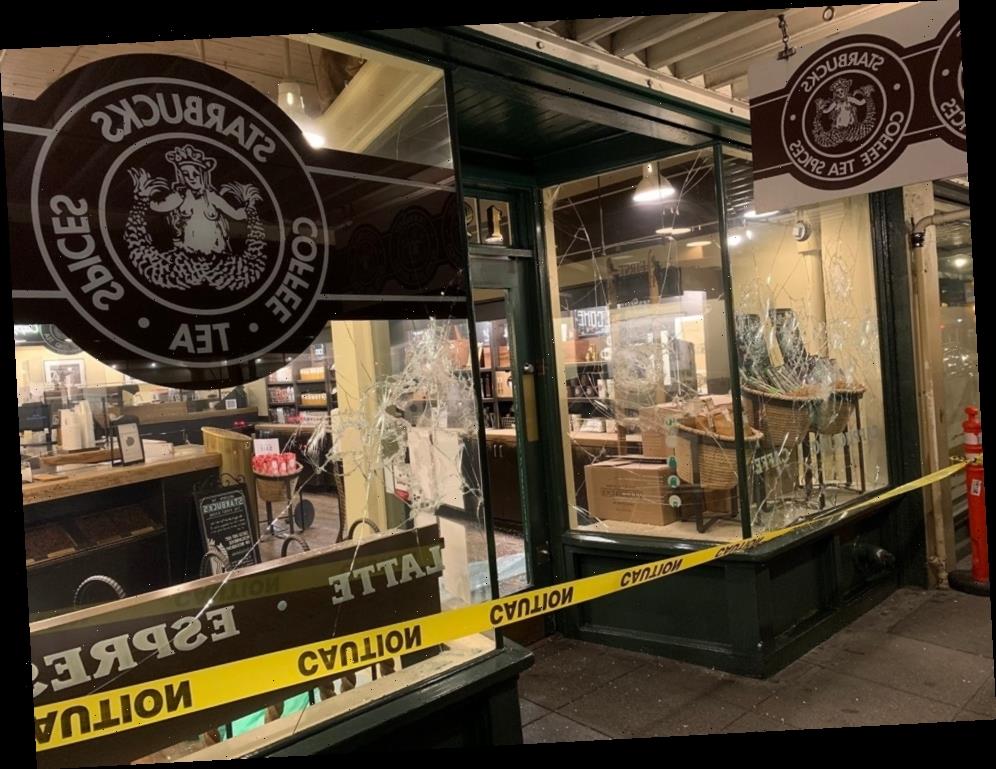