In tonight’s episode, viewers will witness This Morning presenter Holly Willoughby, 38, take part in a squat challenge tasked by her co-star Keith Lemon, 46. The host, real name Leigh Francis, challenged the mother-of-three to squat on prawns and avocados, which left the audience and her cringing. As he laid out the items of food below her bottom, she asked him: “Why have you given me fishy stuff?” She took another look at the food, before adding: “Like this isn’t bad enough.”

There’s nothing better than a camera being under your massive a**e cheeks, is there?

She also said: “There’s nothing better than a camera being under your massive a**e cheeks, is there?”

The show’s guest Jimmy Carr, 46, then chimed: “This is not gonna…” to which Holly replied: “End nicely?”

She then began the challenge by repeatedly squatting on the food, resulting in her bottom being covered in mess.

After completing the ordeal, Holly ran around the studio screaming in disgust at the situation.

The audience could also be heard making noises expressing their loathe of the mess.

Celebrity Juice shared a sneak preview of the clip in view of his 217,000 followers. 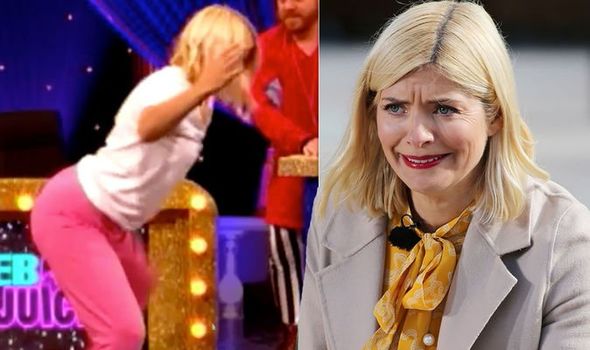 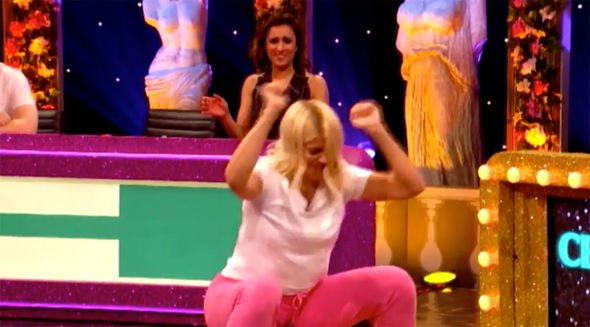 They wrote: “Teenage boys! And everyone else for that matter… you don’t want to miss tonight’s episode of #CelebJuice @itv2 10PM.”

One user wrote: “All other shows, get to bed.”

A second queried: “What is happening?”

A third also commented: “I didn’t find that one bit enjoyable.” 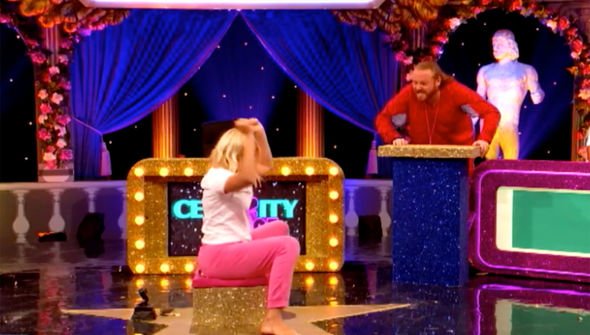 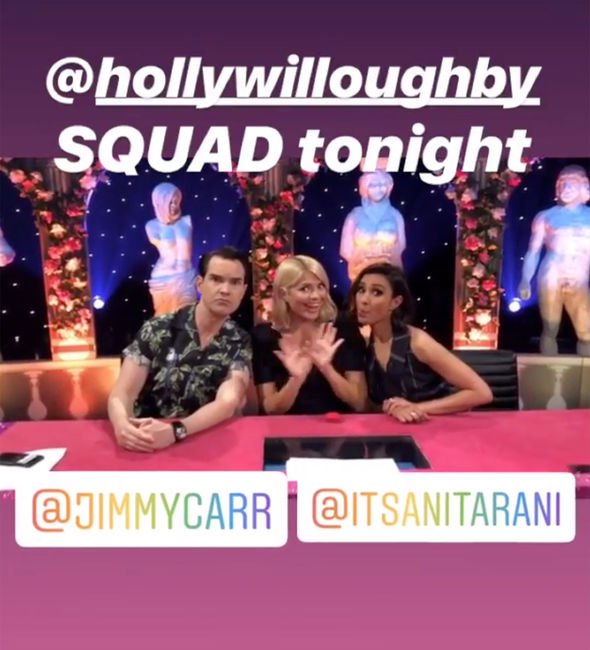 The programme also took to their Instagram story to give fans an insight into tonight’s guest.

This Morning airs weekdays from 10.30am on ITV.