If you can’t handle the heat, get the hell out of the Hot Ones studio.

Now in its 11th season, YouTube phenomenon Hot Ones has seen the likes of Dax Shepard, Natalie Portman, John Mayer and more A-listers answer burning questions from host Sean Evans while dining on insanely hot chicken wings. On February 6, Birds of Prey: And the Fantabulous Emancipation of Harley Quinn star Margot Robbie joined Evans to promote her new film — but she struggled desperately to keep up with the Spice Lord himself.

Evans, 33, spoke with Us Weekly exclusively at truTV’s Hot Ones: The Game Show event on Thursday, February 13, explaining the “magic” of the Once Upon a Time in Hollywood actor’s episode.

On the second of nine wings, Robbie, 29, says, “Can I start drinking water now? My lips are burning already?” As the duo moves onto the third, she asks, “Has anyone ever been this pathetic at No. 3?”

“They told us ahead of time that she’s so competitive and that she’s not gonna tap out,” Evans told Us at Las’ Lap in New York City. “But it’s like the candle burning at both ends, because she cannot handle spicy food. And then of course, we have like four cameras on Margot Robbie while she’s dying from spicy wings.” 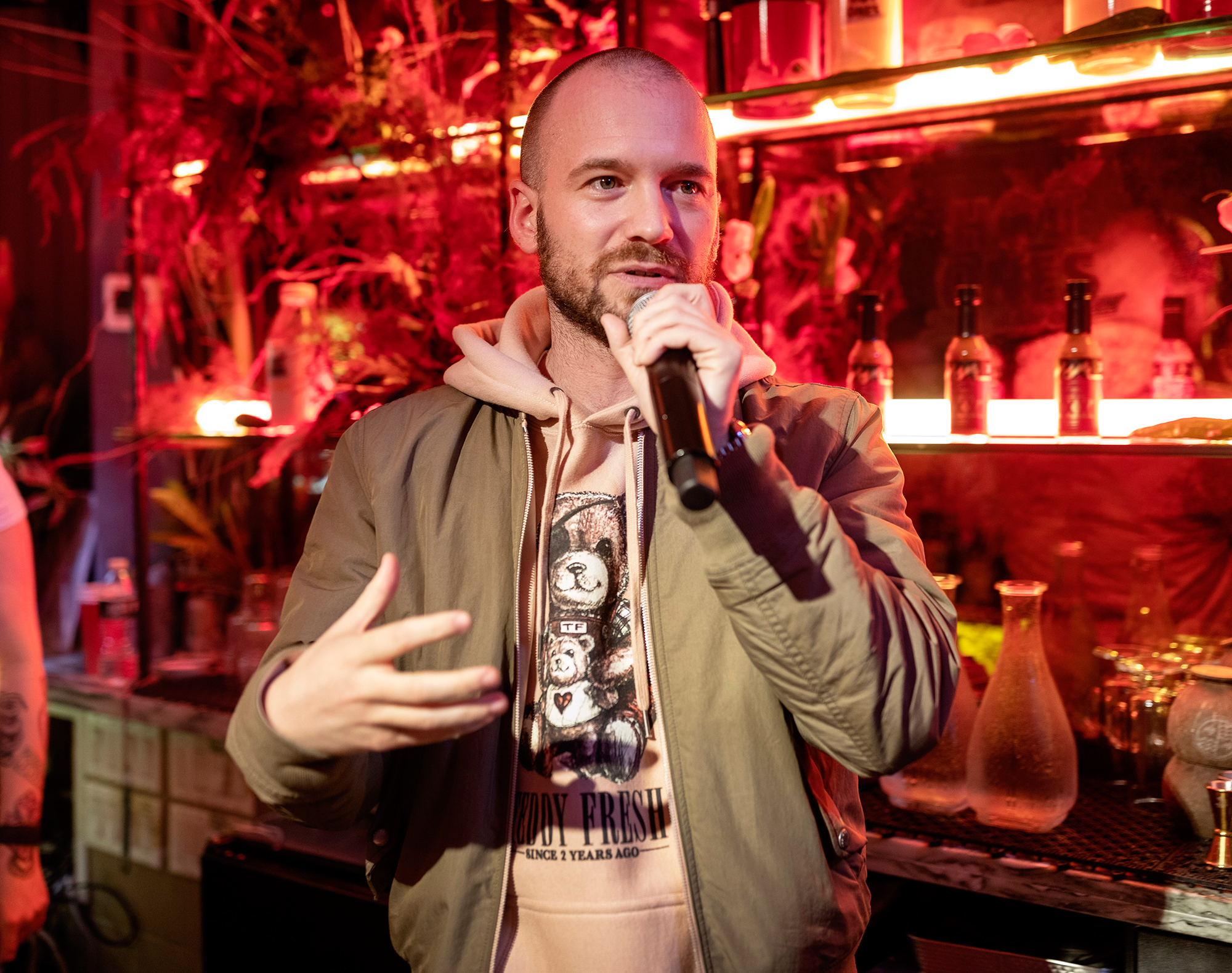 To make matters worse, Robbie was headed directly to the Birds of Prey NYC premiere after. “She was like, ‘If you see me spontaneously combust on the red carpet, you’ll know why,’” the YouTube personality recalled, noting that it’s pretty common for stars to book appearances after Hot Ones — no matter what shape they’re in after.

His most recent guest, Zoë Kravitz, is just one of many on the long list that fans have been asking for. Who can Hot Ones devotees expect next? If the asks are loud enough, anyone they want … really.

“The fans get so loud about some names, and right now the loudest names are Keanu Reeves or Will Smith or [Dwayne] The Rock [Johnson]. Those are the names tweeted at me constantly. So … just so my Instagram comments are less annoying, I’d like to get them,” he joked.

In the meantime, Evans is focusing on his new television show, Hot Ones: The Game Show. Fans compete against one another by answering trivia questions and eating increasingly hot, seriously scorching wings for a $25,000 prize. What Evans loves about it most: Wings can be a great equalizer.

“Hot Ones is a show that takes a celebrity, which by definition is a person whose lifestyle is unattainable, and then Hot Ones takes that celebrity and knocks them down a peg — a level that everyone can relate to,” he explained. “And then what the game show does is take these people and brings them up and by [giving them the chance to win $25,000.]”

“We’re taking Hot Ones fans, and by way of spicy wings, making them celebrities.”