Saturday Morning host James Martin, 47, was joined by comedian Johnny Vegas, 49 and chef Paul Ainsworth, 40, on the show today. During a cooking segment, the comedian happily chatted about a hilarious moment before he was seemingly told off by the TV chef.

As James prepared an onion soup dish, Johnny spoke about a joiner who was working on his home.

“All he had to do was fit one door and I came back two months later and he was making windows for John Bishop,” Johnny explained. “In my house”.

Both James and guest Paul could not stop laughing at the humorous tale.

The comedian mused: “Because I stupidly passed on his contact details. So I didn’t have a door. 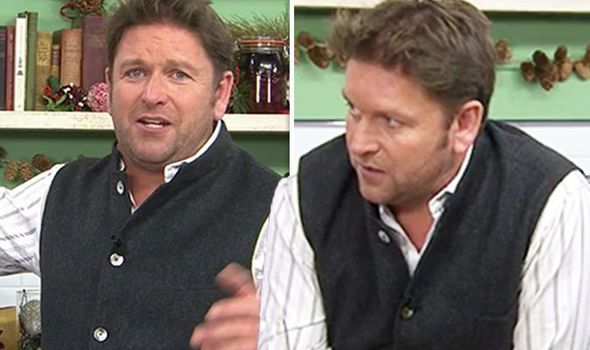 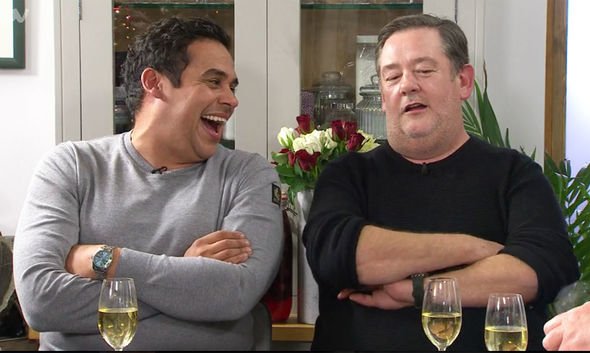 “John Bishop has these lovely curved panels – and in the end it was like breaking up with him. I had to ask him to leave. He was like, ‘Is it anything that I’ve done?’”

He turned to Paul and said: “So I’m stood there with this joiner going ‘Look it’s not you, it’s me. I just need space and a bit of time.’”

James chuckled as he appeared to navigate the discussion elsewhere, as he quizzed the star: “Tell us about what…” before he was interrupted by Johnny. 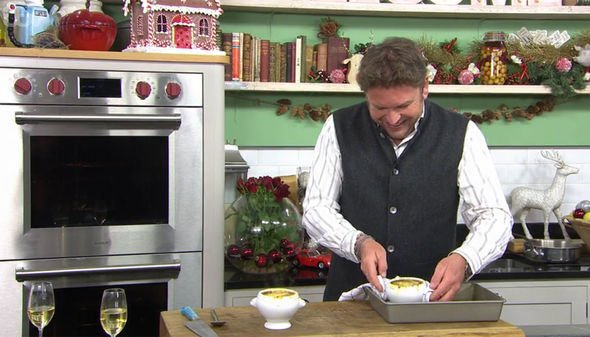 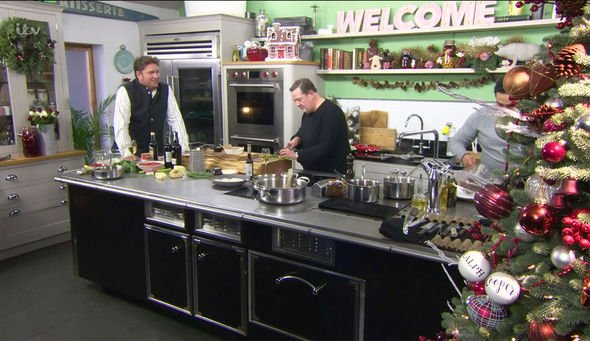 Johnny seemingly appeared to dismissively wave off James’s concerns, as the TV chef asked: “Tell us about the cataclysm that got you into comedy?”

As the comedic star went into another anecdote, guest Paul asked: “What is going on right now? I have never met anyone like you in my life,” as the pair laughed.

After sharing a clip of Johnny’s new show, James gave viewers a recap of the dish he just finished.

“Right, I’ll just recap because I couldn’t get a word in edgeways,” the TV chef chuckled.

“It’s French onion soup. It’s really interesting. We’ve got onions in the pan, beef stock has gone in there. Bit of salt, pepper and sugar.”

As he took the dish out of the grill, a stunned Johnny made a cheeky proposal.

“Marry me,” he gushed at James after seeing his finished appetisers.

The Saturday Morning presenter replied: “I feel like we’re halfway there Johnny,” as the studio erupted with laughter.

The ITV favourite took to Twitter yesterday and admitted this particular episode was one of the “best” he had been involved with.

To his 652,000 followers, James wrote: “Now this is one of the funniest shows I’ve been involved in.”

Fans flocked to comment on the post, as one person mused: “Looking forward to it, we need some light relief right now!”

Saturday Morning with James Martin continues next week at 9.30am on ITV.