James Martin, 47, was joined on the ITV show by singer Rebecca Ferguson and chef Claude Bosi where the television presenter showcased his culinary skills in the kitchen. The Saturday Morning presenter discussed his chocolate roulade before his guests tucked into the dish. However, James seemingly appeared to take aim at his viewers who he claimed would argue his desert is not a roulade. Former X Factor contestant Rebecca complimented the TV chef on his cake after taking a bite.

James replied: “That was lucky,” before adding: “There are going to be people out there saying ‘That’s not a tight roulade’.

“You need to get out more.”

Meanwhile, James recently took to his Twitter account to tease some exciting news about an old series which is due to make a return to the BBC.

In view of his 648,000 followers, the TV chef retweeted a post from the BBC which announced Rylan Clark-Neal will be fronting the return of Ready Steady Cook.

James captioned the post: “A blast from the past returns.” 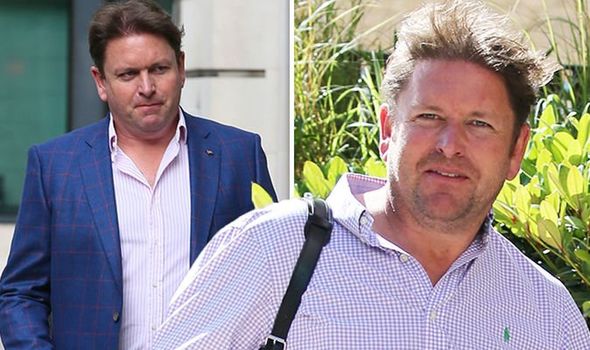 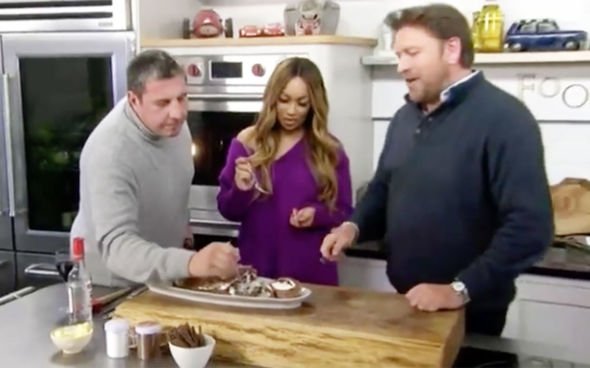 Fans rushed to comment on the post, as one person said: “I hope you’re going to make an appearance.”

Another person commented: “Brilliant… loved watching this in the 90’s.”

While a third person added: “This was the programme that got me addicted to chef programmes.”

Ready Steady Cook originally ran for 21 series and was hosted by Fern Britton from 1994 until 2000, and by Ainsley Harriott until it ended in 2010.

James was a featured chef on the BBC Two show.

Elsewhere, the Saturday Morning presenter revealed he would be making some changes to the new series of his cooking show. 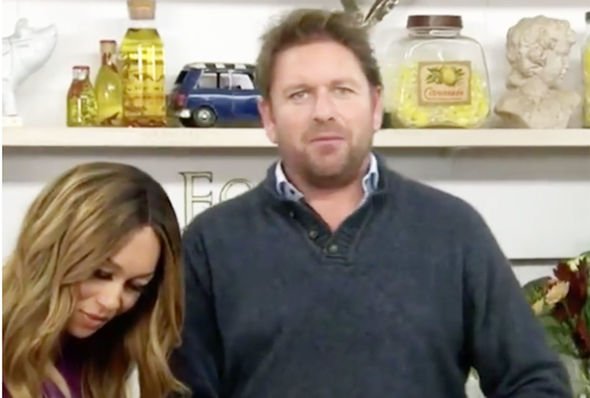 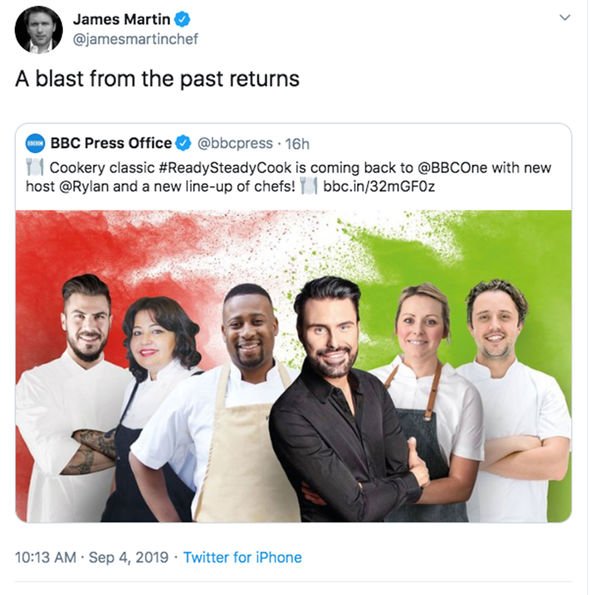 Taking to the micro-blogging site, he said there are changes in place but neglected to divulge further details about the alterations.

He simply wrote: “We are changing bits for the new series.”

James’ followers quizzed the star on his claim in the comments, with one worrying: “So long as you’re still hosting that’s the main thing.”

Another fan queried: “Will you be doing another tour?”

Saturday Morning airs every week from 9.30am on ITV.