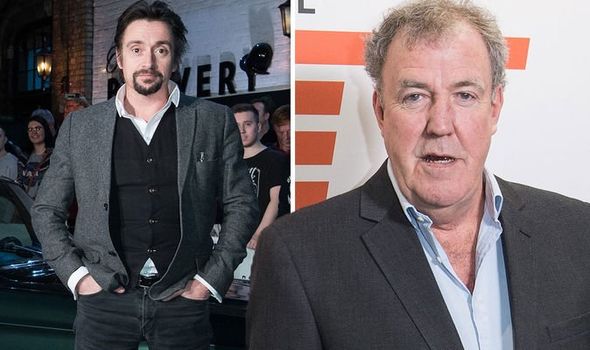 Jeremy Clarkson, 60, has revealed Richard Hammond, 50, had “his customary accident” while filming a new episode of The Grand Tour.

It comes after former Top Gear stars Jeremy, Richard and James May, 57, were spotted on multiple occasions towing caravans around the Scottish highlands in three old American cars.

They reportedly engaged in a drag race using the modified vehicles, including a Cadillac, Lincoln and Buick.

However, according to Jeremy, Richard suffered a crash during filming, which he branded “his best yet”.

Fortunately, the television personality said his co-star “didn’t hurt himself” as a result of the mishap.

He explained while detailing The Grand Tour’s new social distancing measures due to the coronavirus pandemic: “All the cameras were rolling when Hammond had his customary accident. It was a good one.

“Probably his best yet, mainly because he didn’t actually hurt himself.

Jeremy added in his column for The Sunday Times: “I guess that’s lucky because, strictly speaking, he wouldn’t have been allowed by the Covid rules to go in a stranger’s air ambulance.

“Everyone on the Grand Tour crew had to be 6ft apart, which is pretty tricky in a car.”