The Grand Tour host Jeremy Clarkson, 60, who had been keeping suspiciously quiet on Twitter until last night, announced to one Twitter follower he is “not dead” despite his worrying inactivity online. Fans of the Top Gear sensation rushed to celebrate the TV presenter’s “return” last night.

It comes after Jeremy hit back at one follower’s remark, which has now been deleted from an account which no longer exists.

Last night he wrote to the blocked user: “What? Sad I’m not dead?” after fans discovered he hadn’t tweeted for over a month.

Thrilled to see the BBC favourite make his return online, one fan replied to the Top Gear star: “He’s returned!! He is the messiah.”

Another joked with the motoring journalist: “That’s exactly what a ghost would say.” 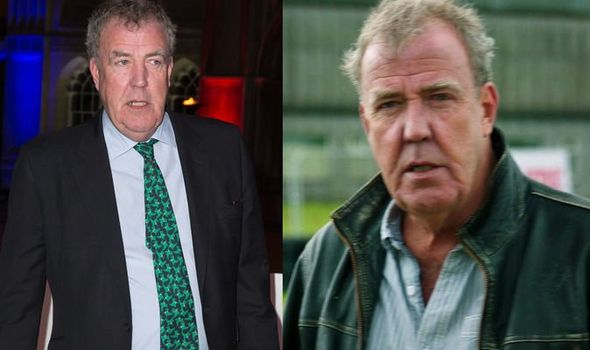 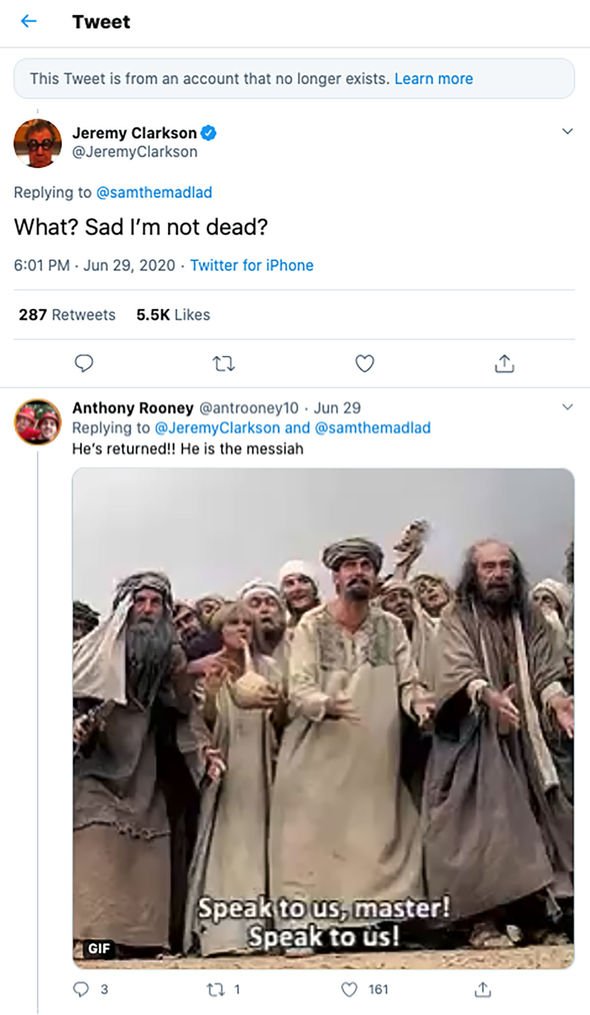 One concerned fan quickly penned: “My heart skipped,” to which another similarly responded: “Same here I had a mini heart attack.”

“I don’t ever want this day to come you effing legend,” one person remarked.

Elsewhere, Jeremy recently opened up about his devastation over realising he had been unfollowed by British actress Kirstin Scott Thomas, 60, on Instagram.

It comes after George Nicole asked Jeremy about his time presenting Top Gear alongside Games May and Richard Hammond, on his new podcast The Drive Through. 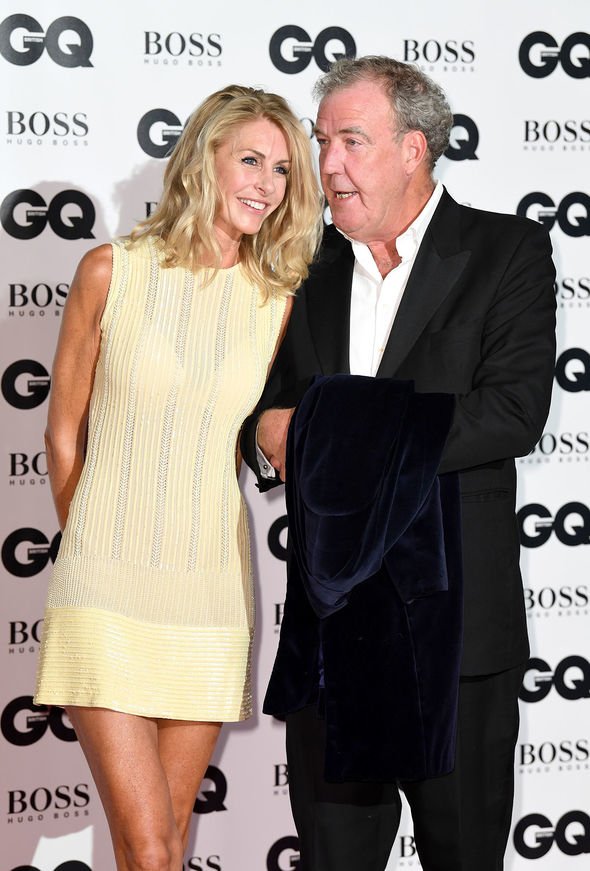 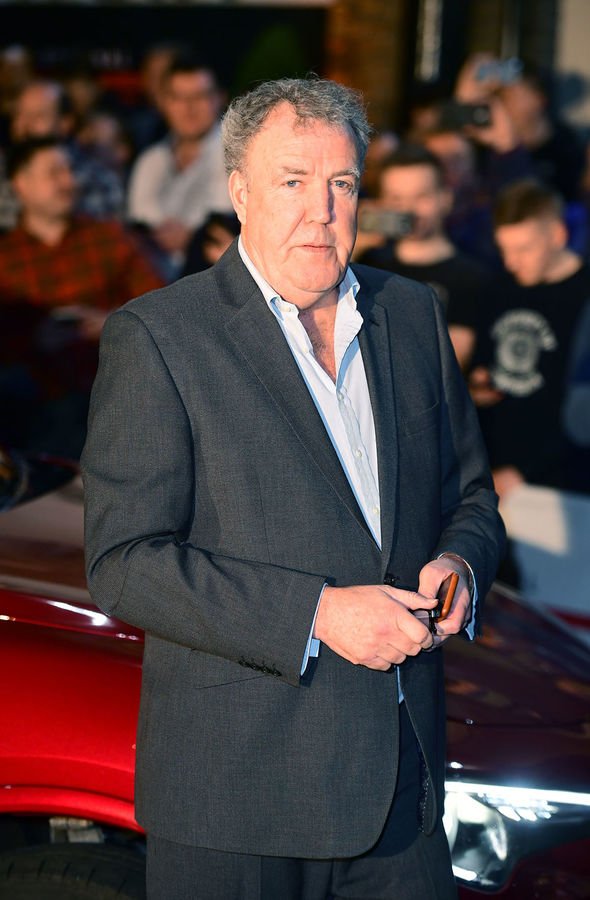 During the episode, George asked the small-screen star what his “dream car, road and passenger” would be.

After admitting his dream car would be a “Bentley Mulsanne 2019,” the star went to talk about who he would choose to be his companion.

Jeremy divulged: “Well, that’s Kristen Scott Thomas,” to which George added: “I thought you might say that.”

DON’T MISS:
Kate Garraway: Myleene Klass speaks out on GMB host and sick husband (TWITTER)
Piers Morgan gives update on Kate Garraway’s ‘hope’ for husband Derek (INSTAGRAM)
Matt Baker pines to be back on The One Show in message to Alex Jones (COMMENTS)

“She unfollowed me on Instagram. I can hardly bring myself to speak.”

Jeremy went on to discuss: “I have no idea what I’ve done. I’m completely heartbroken.”

The car-enthusiast previously spoke about how he is a fond admirer of the Four Weddings And A Funeral actress.

Last year, Jeremy admitted that being in the film star’s presence caused him to be speechless.

He revealed: “Unfortunately I find her so attractive that I am unable to form a word in her presence.

“I just become incredibly tongue-tied and nervous,” he announced.

“I can’t formulate a word in her presence.

“So, she doesn’t know the depth of my feelings for her.”