Watch out, Arnold Schwarzenegger! The bodybuilder’s son, Joseph Baena, is looking more like him each day — especially in this new shirtless video from the gym.

Joseph Baena, 23, is hitting the gym harder than ever. The 23-year-old posted a new video of himself partaking in an intense workout session on Nov. 10. In the videos, he’s shirtless, so his ripped figure is on full display as he hits the weights in the gym. Joseph shows off his various back exercises before facing forward to strike his dad, Arnold Schwarzenegger’s, famous bodybuilder pose at the end.

Training back today because she didn’t have mine.

In addition to the shirtless video, it’s also Joseph’s caption that has fans talking, though. “Training back today because she didn’t have mine,” he wrote. Of course, this has led to speculation that Joseph has split from his girlfriend, Nicky Dodaj, who he started dating in Feb. 2019.

There were a ton of comments about the not-so-subtle message of the caption in the comments section of Joseph’s post. He seemed to like the buzz, though, because he began commenting with similar messages. “Training tris because she didn’t try with me,” one said. Another read, “Training arms next because she’s not in mine.” 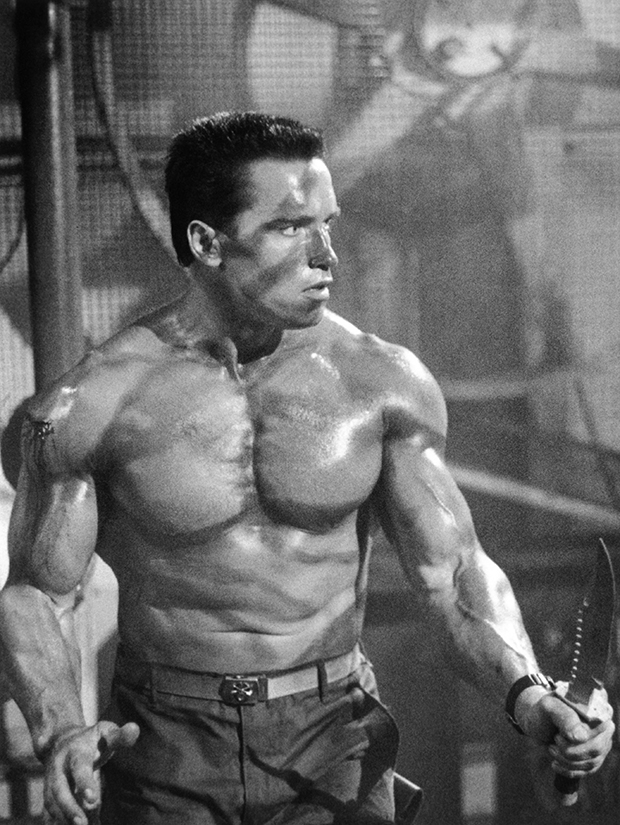 Joseph also encouraged his followers to send their best workout/breakup puns, and there were some hilarious suggestions. “Training legs because I can’t stand the pain,” someone added, while another person said, “Training shoulders so I have some to cry on.” Joseph also jumped in once again, writing, “Training abs because I can’t stomach the pain.” However, aside from these cryptic messages, Joseph has not commented on the breakup.

As always, fans couldn’t help but notice how much Joseph looks like his dad, Arnold, in this new video, as well. Joseph was born in 1997 after Arnold had an affair with his family’s housekeeper (Joseph’s mother). However, the 23-year-old’s existence was not made public until 2011 when Arnold’s wife, Maria Shriver, divorced the star because she finally found out about the affair and secret child.