Taylor Swift’s Feuds: Where Are They Now?

The “Wash Us in the Blood” rapper, 43, shared a series of tweets on Friday, August 14, posting various emojis and questioning their purpose. However, West tweeted a real picture of a snake when he discussed the snake emoji.

“Not gonna use a snake emoji cause you know why… I’m not sure if Christians are allowed to use snake emojis,” he wrote alongside the photo.

In 2016, Kardashian, 39, tweeted a bunch of snake emojis on National Snake Day, which appeared to be a reference to Swift, 30.

“Wait it’s legit National Snake Day?!?!?They have holidays for everybody, I mean everything these days!” she wrote at the time.

Biggest Celebrity Feuds of the 2010s: Taylor vs. Kim, Cardi B vs. Nicki

Swift responded by reclaiming the snake imagery in the visuals for her Reputation album era. The “Lover” singer opened up about the backlash in 2018 during her concert tour stop in Arizona. 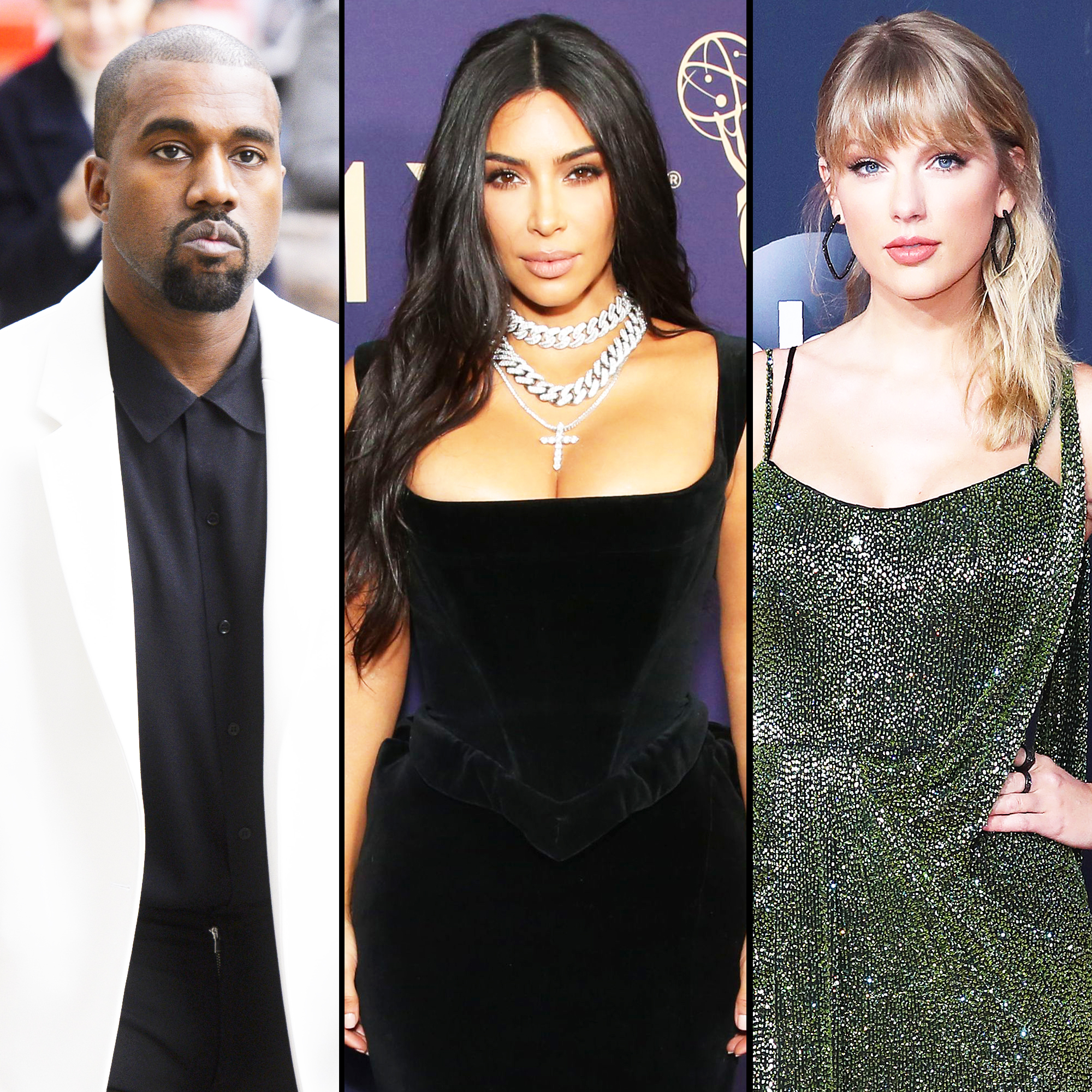 In recent weeks, West has made headlines for his Twitter outbursts in which he criticized his mother-in-law, Kris Jenner, and claimed he’s been trying to “divorce” Kardashian for two years. His comments came in the wake of his controversial presidential rally in July, where he revealed that he and the KKW Beauty founder considered aborting their eldest daughter, North, 7. The couple also share Saint, 4, Chicago, 2, and Psalm, 15 months.

West later apologized for his actions in a statement via Twitter. “I would like to apologize to my wife Kim for going public with something that was a private matter,” the rapper wrote.”I did not cover her like she has covered me. To Kim I want to say I know I hurt you. Please forgive me. Thank you for always being there for me.”

An insider told Us on Wednesday, August 12, that Kardashian is still determined to work on her relationship with West.

“Kim is focused on healing her relationship with Kanye and has been busy taking care of their kids and him,” the source said. “She has been helping and supporting him a ton while he’s been struggling with his mental health and wants him to know and feel that she is there for him through thick and thin.”