Recently, the supermodel posted the (above) bathroom selfie on Instagram of her wearing a tiny leopard thong with a matching printed triangle bikini top and bucket hat.

However, the KUWTK star wasn’t alone! The 23-year-old was joined by older sister Kourtney Kardashian, who wore a white t-shirt with lime green bikini bottoms.

“sunday’s for the girls”

It appears the two took the photo during Rob Kardashian‘s 32nd birthday party/St. Patrick’s Day celebration over the weekend.

Of course, Kendall is no stranger to posting sexy pics online. Here are her steamiest!

Ass Out in aspen!

Earlier this year, during the Kardashian-Jenner holiday vacation to Aspen, Kourtney and Kendall broke the Internet when they posted the following photo of them showing off their ASSets in a hot tub. 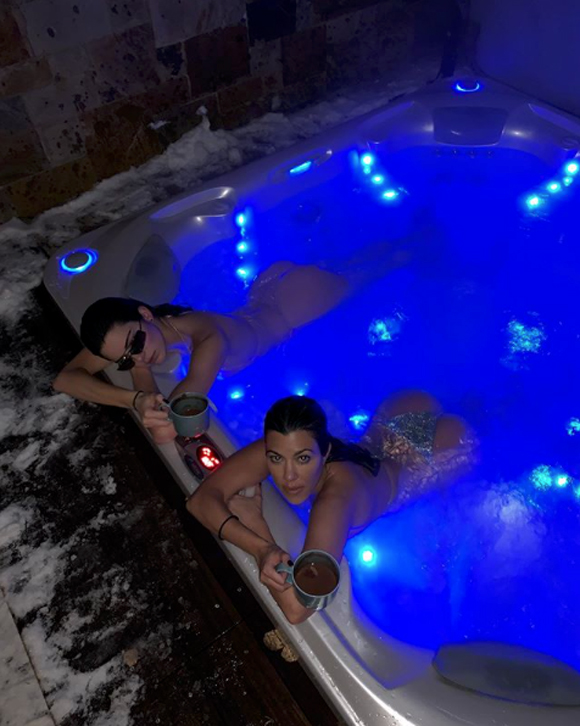 On the same trip, the runway diva risked hypothermia when she posed in a bikini in the snow! 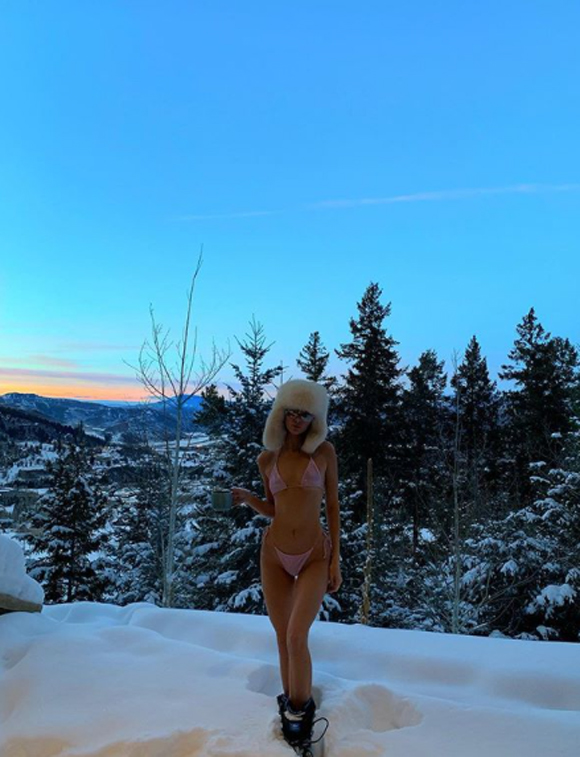 During the trip, the KarJenners were joined by Kourt’s ex, Scott Disick, and his girlfriend Sofia Richie!

Doin’ It For The Gram!

In December 2018, Kendall posted the following throwback pic from 2017 to celebrate having 100 million IG followers! 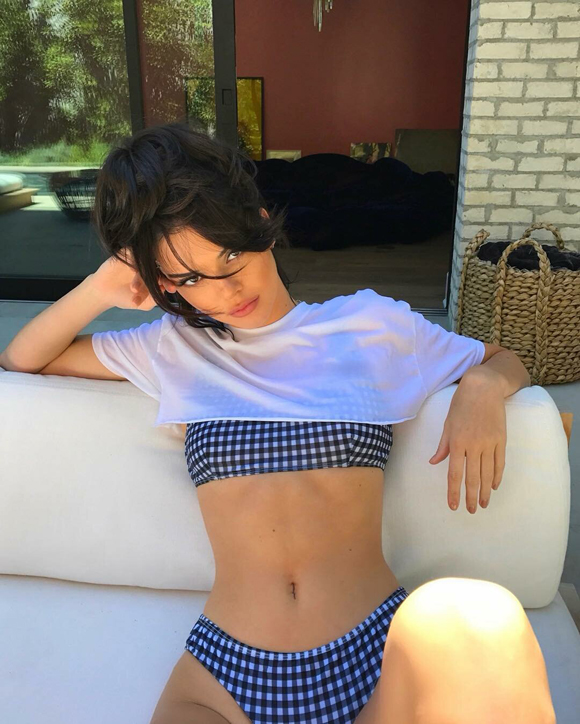 “a throwback for all 100M of you! LOVE YOU LOTS. always THANKFUL”

As of this writing, the catwalker has 106 million Insta fans! For comparison, Kourtney has 75 million, Khloe Kardashian has 89.6 million, Kylie Jenner has 129 million, and Kim takes the cake with 131 million.

In November 2018, Kendall — the only KarJenner sibling who is NOT a parent — reflected on her child-less status with the following pic of her sunbathing: 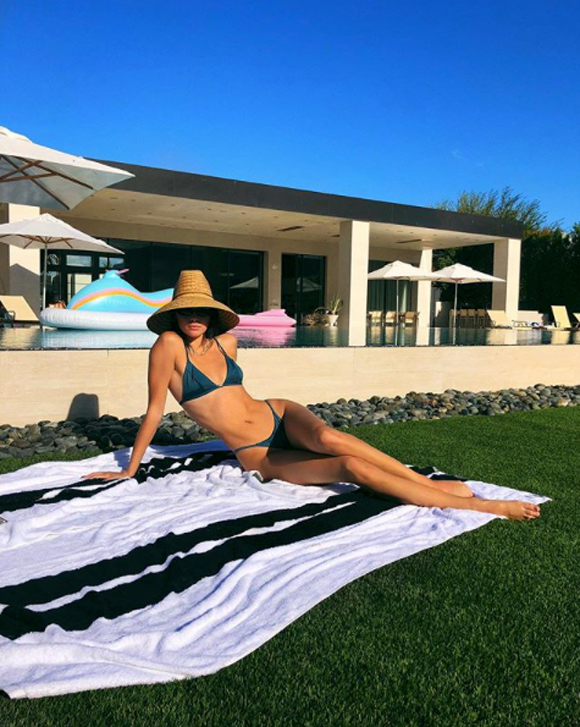 She added the caption:

Kim and Kanye — who are parents to North, Saint, and Chicago West — are currently expecting their fourth child via surrogate.

Underboob for the noobs!

In September 2018, Kenny decided to get both artsy and naughty by showing off some underboob in a makeup vanity mirror! 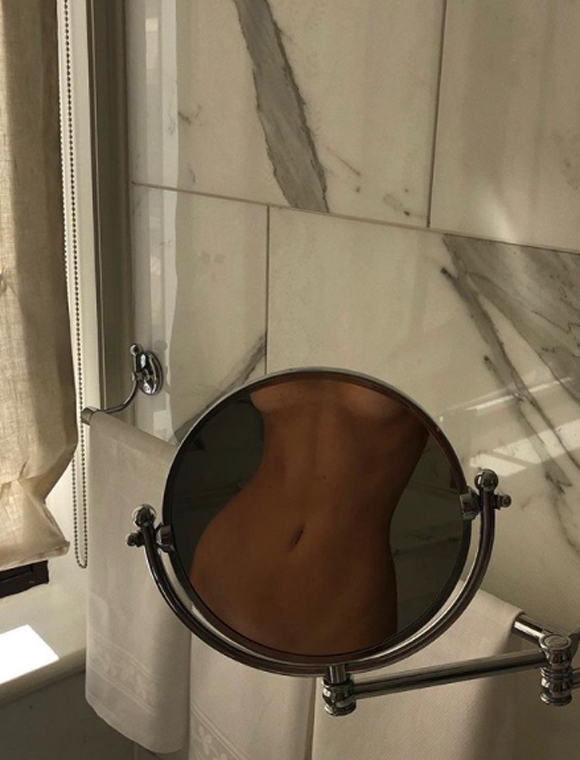 She clarified in the caption:

“technically this is just my torso…”

Which sexy shot is your fave?? Let us know in the comments, bbs!!