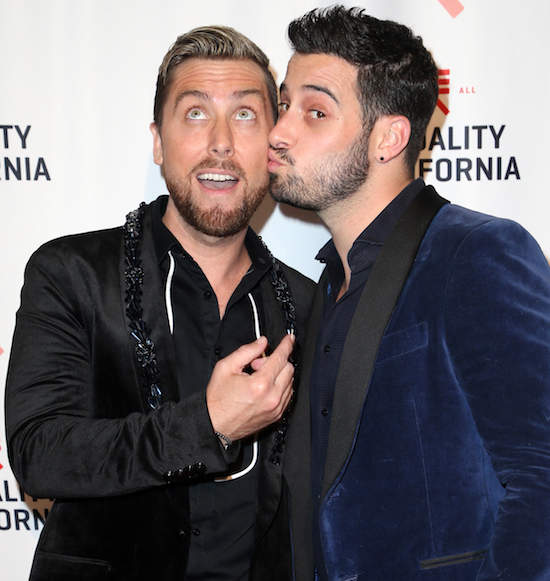 I’m not exactly known for my medical expertise, but when I read about Lance Bass and his husband, Michael Turchin, are trying to have twins, I gave that case of “Da fuq?” Just to be sure, I went to WebMD, the source of many cancer scares. In short, no, you can’t just order twins from a womb like a three-piece bucket from KFC. Nevertheless, Lance and Michael say they’re gunning for twins…and have gone through six surrogates in the process!

Us Weekly spoke to Lance at a charity event and he talked about what’s going on with them and their seventh (!!!!) egg donor:

“We’re already on donor No. 7 right now, so I think we broke a record with how many donors we’ve gone through. But it’s looking like this next one is actually going to work.”

I have so many questions here…like, is it no-dice if there’s only one baby? Are the embryos polled first on if they’re more likely listen to NSYNC or Backstreet Boys before Lance and Michael give a green light? Lance and Michael have apparently had names picked out for these twins for years.

Lance said he’s waiting for the kids to actually come along before seeking parenting advice from the other dads in NSYNC. Let’s just hope he doesn’t ask for hair advice from Chris Kirkpatrick – those braids would be a royal pain to maintain. Lance does seem to like how Justin Timberlake operates as a parent:

“He’s just a loving dad. A lot of the dads get a lot of flak for not showing up in kids’ lives, always being gone, always being the one that works too much, and with Justin’s schedule the way it is, he’s still an incredible father. He’s a present father. And that’s hard to do.”

I mean, with the kind of cash Justin has, is it really that hard?

Lance and Michael not only want twins, they want boy-girl twins since Michael is a fraternal twin. Lance said they’re being “cautious,” and I really just want one of their assistants to cautiously inform them making a baby is not the same thing as Burger King where you can have it your way!