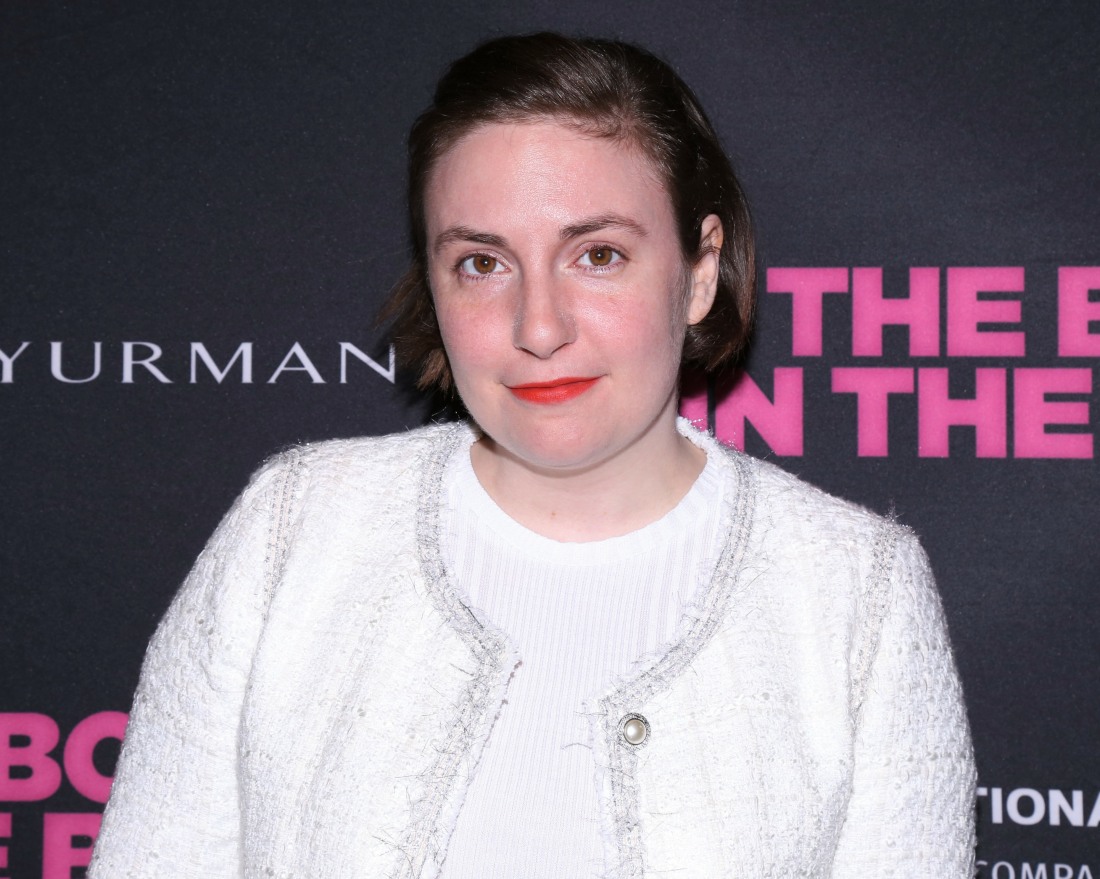 I really hoped that New York Magazine’s cover story about Lena Dunham a few weeks ago would be the last we would hear from her for a while. But of course that isn’t happening. That disaster profile was merely the opening salvo for Lena’s latest incarnation. The New Lena is just the same as Old Lena, only now she’s… like, more apologetic? I don’t know. I honestly don’t want to waste my brain space on this – we’ve all agreed that Lena should be canceled and IS canceled, and yet… she keeps talking, and keeps getting work. Her latest work? She’s the guest editor of The Hollywood Reporter’s Women In Entertainment issue, because white feminism. She used her guest-editor-letter to expound on Harvey Weinstein and rape and her own stories of sexual harassment and assault. But she also included a lengthy apology to Aurora Perrineau, the young woman who accused Girls producer Murray Miller of raping her. Lena had previously called Aurora a liar, but Lena let it be known that she apologized to the Perrineau family. And here’s the bigger apology:

Like so many women (so many people), I disguised my pain with medication and stuff and chronic overwork, with social media and mindless dating and the random day-to-day drama we generate to stay out of our own experience. I never stopped, much less stopped to consider that I might be capable of traumatizing somebody, too (the exact complaint I’ve always had about old white man artists).

And so I made a terrible mistake. When someone I knew, someone I had loved as a brother, was accused, I did something inexcusable: I publicly spoke up in his defense. There are few acts I could ever regret more in this life. I didn’t have the “insider information” I claimed but rather blind faith in a story that kept slipping and changing and revealed itself to mean nothing at all. I wanted to feel my workplace and my world were safe, untouched by the outside world (a privilege in and of itself, the privilege of ignoring what hasn’t hurt you) and I claimed that safety at cost to someone else, someone very special.

To Aurora: You have been on my mind and in my heart every day this year. I love you. I will always love you. I will always work to right that wrong. In that way, you have made me a better woman and a better feminist. You shouldn’t have been given that job in addition to your other burdens, but here we are, and here I am asking: How do we move forward? Not just you and I but all of us, living in the gray space between admission and vindication.

It’s painful to realize that, while I thought I was self-aware, I had actually internalized the dominant male agenda that asks us to defend it no matter what, protect it no matter what, baby it no matter what. Something in me still feels compelled to do that job: to please, to tidy up, to shopkeep. My job now is to excavate that part of myself and to create a new cavern inside me where a candle stays lit, always safely lit, and illuminates the wall behind it where these words are written: I see you, Aurora. I hear you, Aurora. I believe you, Aurora. This space is yours to do with as you please, when you please. I will keep holding this space — it will always be here.

…Aurora — your bravery, openness, forgiveness, dignity and grace in the face of legal proceedings and endless questioning and in the face of my statement has been astounding. You’ve been a model of stoicism, all the while reminding other women that their assault experiences are theirs to process as they wish (with noise, with silence, with rage — it’s all OK). You have generously allowed me to speak about your many virtues here and tell these readers that you are moving on as a woman and as an artist. You have inspired me to do the same, and I know I’m not alone. Aurora’s mother, Brittany, is fierce, powerful, a born leader, a patient mother, the kind of woman I hope to be. Getting to know her has been the unexpected gift that came from being humbled and reassessing so much over the past year: about women and power.

[From The Hollywood Reporter]

*holds out hands and shakes head* I appreciate that it’s a comprehensive apology. I do not appreciate the fact that it’s a comprehensive written apology more than a year after Lena called Aurora a liar. I also don’t believe that Lena actually learned a thing, and that’s why Lena is still f–king canceled – she writes a good apology, for sure, but after how many years of this do we acknowledge that Lena doesn’t have a learning curve? That she shouldn’t get a f–king cookie for making a thorough apology every time she f–ks up? 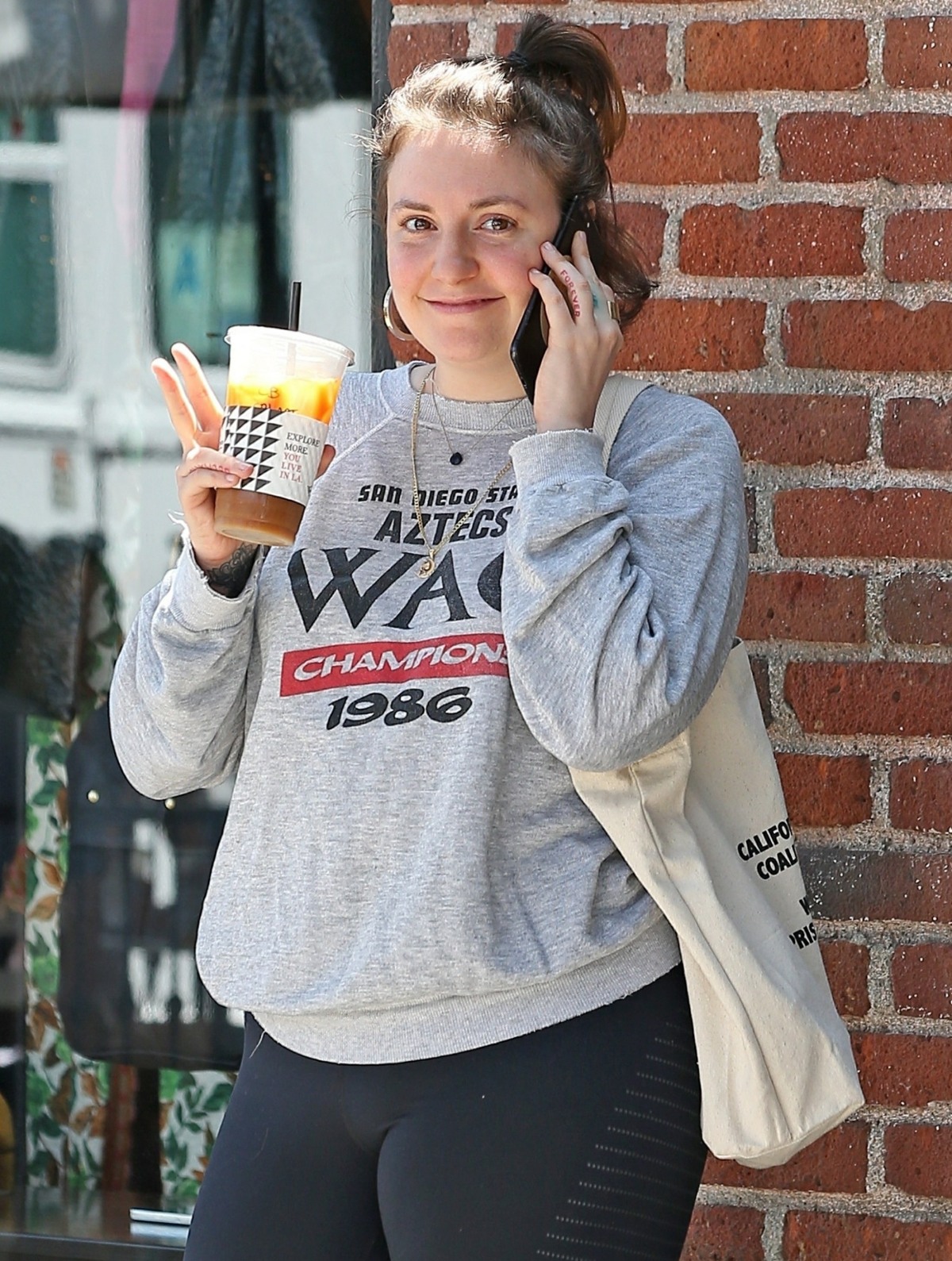