It has been a significant month for gender equality, particularly in Victoria, where I have just conducted consultations for the National Inquiry into Sexual Harassment in Australian Workplaces.

For the first time in history the State Government Ministry is gender balanced.

The annual “Victorians Against Violence” campaign is in under way to coincide with the global 16 days of activism against gender-based violence.

The AFLW players are in full swing training for Season three. And the national inquiry has been in town this week. 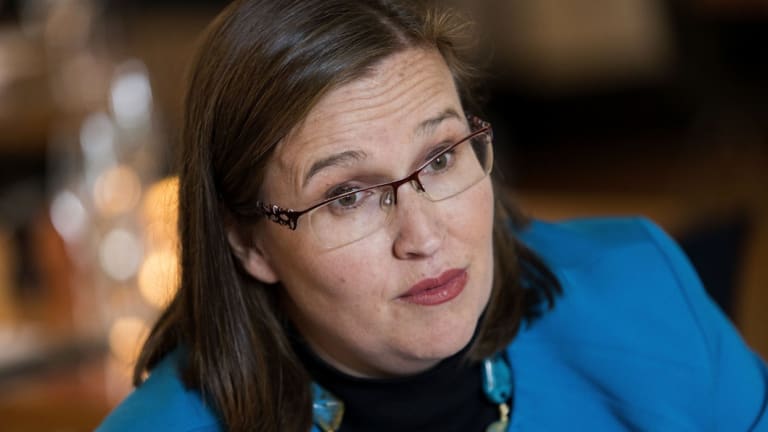 I have conducted 35 group consultations on sexual harassment across the country, and I heard similar themes about who is harassed and how in Melbourne.

The Australian Human Rights Commission’s 2018 national survey revealed that one in three workers say they have been sexually harassed at work in the last five years, and accounts I am hearing confirm that sexual harassment happens in every industry.

Whether you are a public servant in Canberra, a fly in fly out (FIFO) engineer in the Northern Territory, a health worker in Hobart, a retail or hospitality worker in Melbourne or a migrant farm
worker in Shepparton, you are at risk of sexual harassment.

A strong picture emerged in the largest city we have visited to date, Melbourne, of the additional risks of sexual harassment facing particular workers and in particular industries.

We heard from numerous migrant workers about the challenges they face: workers who do not understand their workplace rights in Australia, are hostage to employers who control their visas and hold their passports. They face language barriers, and may be paid unlawfully through a cash economy.

We heard of a migrant woman working on a farm who was threatened with deportation if she refused to have sex with her boss.

Lesbian women described being regularly propositioned at work by men who claim they can 'convert' them.

Our survey told us that more than half of workers who identify as lesbian, gay, bisexual and transgender and intersex have experienced sexual harassment in the last five years.

LGBTI workers of course experience harassment in all the usual ways, but they also experience additional forms of sexual harassment related to their LBGTI status.

People who spoke to us talked of being "hypersexualised".

Lesbian women described being regularly propositioned at work by men who claim they can “convert them.”

Another spoke of being “the token queer person” in an industry or workplace; "Being that person, you’re expected to answer questions and educate people. Mistakes are excused because "they’re learning’.”

We were told there are people who think a woman with disability should be flattered if she is given sexual attention in the workplace.

Trans community members have colleagues asking intimate questions about their bodies and sexual
activity. This flagrant interaction without doubt meets the definition of sexual harassment: unwelcome sexual conduct that can reasonably cause offence humiliation or intimidation, yet it is common.

We were told that there are people who think that a woman with disability should be flattered if she is given sexual attention in the workplace.

We heard that women with disability who experience sexual harassment are often not believed, either on the grounds of their intellectual capacity or the misguided notion that, for someone in a wheelchair for example, physical disability precludes sexual assault.

We heard that young workers were at particular risk in the retail and hospitality industry, where young workers are likely to be engaged on a casual basis, and either don’t understand their rights or don’t feel confident to make a complaint.

We were told that, culturally, there is an acceptance amongst young workers that "everyday sexual harassment" is "just part of the job".

One woman told me our consultation was the first time in two years anyone had listened to her story and just believed her.

In a country that prides itself on giving people a fair go, these experiences are alarming but being able to look closer into particular personal experiences through our Victorian consultations has been very helpful as we consider better solutions.

Last week we also received the results of the important regular National Community Attitudes Survey into attitudes on violence against women, which gave insight to how our attitudes are changing – some for the better and some for the worse.

One in two people believe women mistakenly interpret innocent remarks or acts as being sexist.

No wonder I hear in almost every consultation that victims of sexual harassment just want to be heard and believed when they report but instead they are asked for more proof and put into a holding pattern for a legal process that does not seem to work for anyone.

One woman told me that our consultation was the first time in two years anyone had listened to her story and just believed her.

In a country where one in four people believe women find it flattering to be persistently pursued, even if they are not interested, it is clear that it is time for everyone to understand that these types of behaviour are not flattering, it is sexual harassment.  Our inquiry continues.