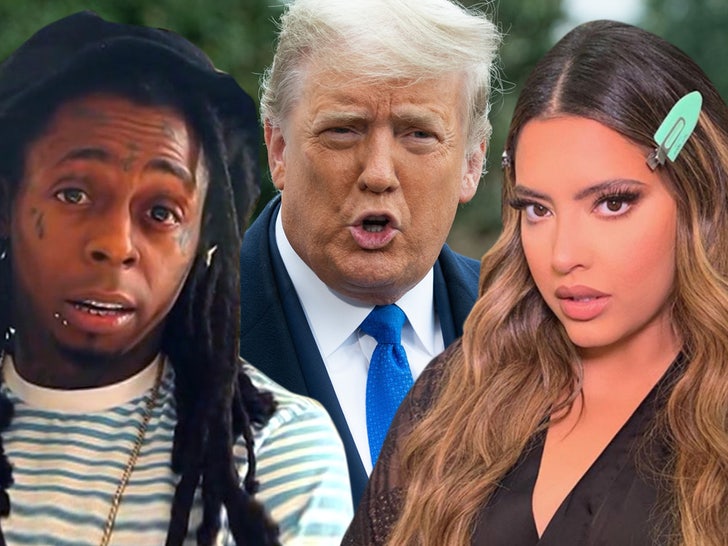 Lil Wayne is single once again — his GF, model Denise Bidot, is moving on … and it sounds like his endorsement of President Trump was the last straw.

Denise deleted her IG account Tuesday, but before she went dark, there were a bunch of signs of trouble spotted by Internet sleuths. For starters, folks noticed at some point that Mr. Carter and Ms. Bidot stopped following each other. 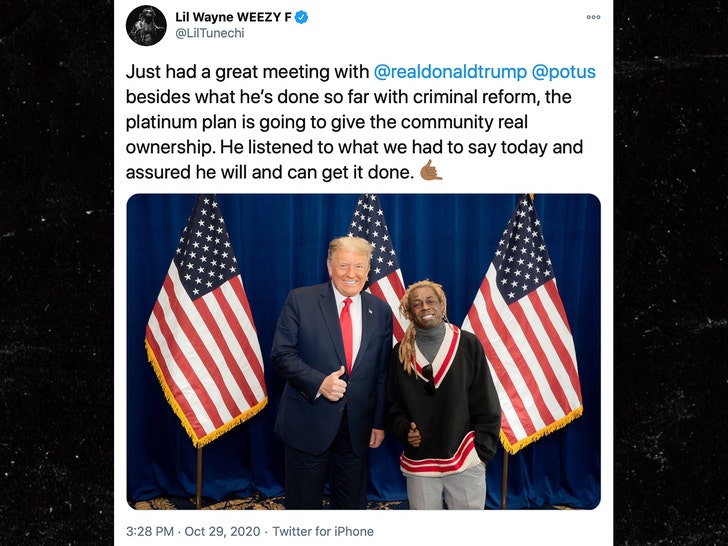 Then there was Denise’s not-so-cryptic meme post that read, “Sometimes love just isn’t enough.” However, blogger Love B. Scott is reporting Weezy’s love for Trump was the problem — specifically, last week’s meeting/photo-op with DT was the last straw for Denise.

Weirdly, Wayne hasn’t scrubbed old pics of Denise from his IG feed just yet — a go-to move of famous exes.

It’s not entirely clear how long they’ve been an item, but they’ve only been Instagram official since the summer — and have been very open with their PDA, sometimes to the chagrin of Wayne’s kids.