Another Real Housewives marriage is over. Meghan King Edmonds and Jim Edmonds called it quits after five years of marriage, Us Weekly can exclusively confirm.

According to mulitple sources, Jim filed for divorce on Friday, October 25, the day after the former couple’s fifth wedding anniversary. The source added that the pair got into an argument and the police were called.

“Meghan and Jim have been fighting,” one source told Us. “The latest fight began when he went to a recent hockey game and she began interrogating him about who he went with.”

The Real Housewives of Orange County alum and the former baseball pro tied the knot in October 2014. They share 2-year-old daughter Aspen and 16-month-old twin boys, Hayes and Hart. 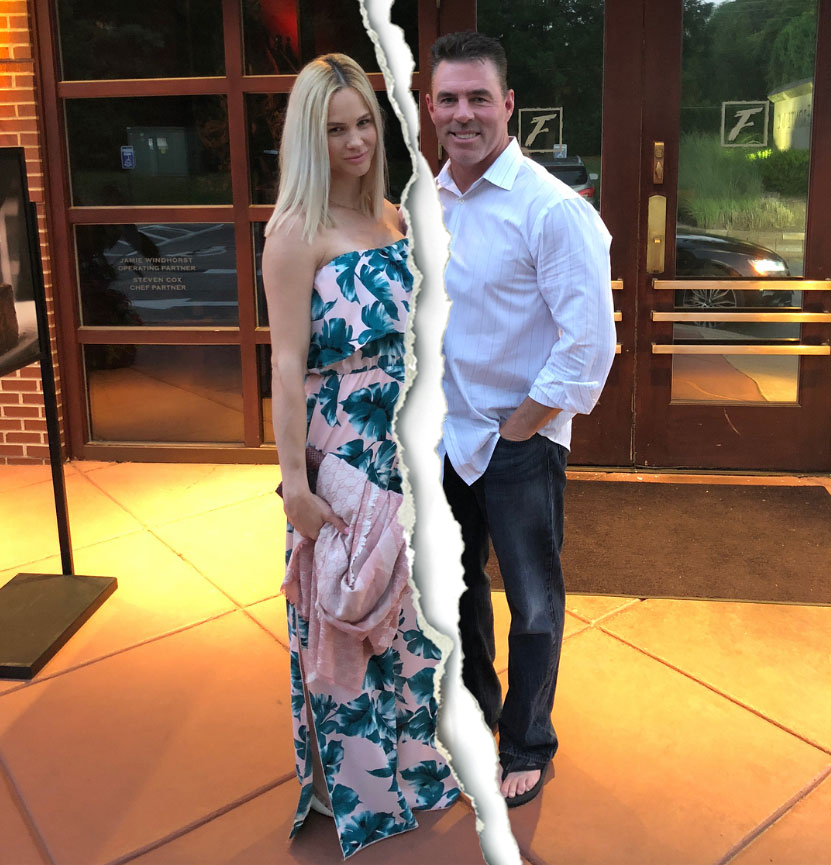 News of Meghan and Jim’s split comes four months after the former St. Louis Cardinals star was caught sending inappropriate text messages while the Bravo alum was pregnant with their sons.

“I engaged in an inappropriate conversation with this person,” Jim said in an exclusive statement to Us on June 13. “At no time was there any type of relationship or physical contact. Absolutely none. This is someone trying to profit from my name. I am aware she has done this to others in the past.”

Meghan revealed in a blog post at the time that she could no longer trust Jim after the scandal.

“Marriage is hard, we’ve been through our ups and downs, I’ve talked about it openly. A relationship takes two but it doesn’t take two to cheat,” Meghan wrote on June 14. “I did nothing wrong, I don’t deserve this. I did nothing except be pregnant with our twins and try to have a healthy pregnancy. So what is so broken in him to propel him to do this to me? To us? It wasn’t one mistake, one lapse in judgement. I saw the texts – each one represents his decision to throw our marriage in the trash. Why did he self-sabotage? And who sends nudies? Doesn’t everyone know better than this in 2019? What drives someone to self-destruct in such a way?”

At the time, Meghan said that she had “hope” that the twosome’s marriage can recover.

“Marriage is a choice on the bad days. And on the good days marriage is easy and beautiful,” she wrote. “No one said it would be easy, I just didn’t think it would be this hard.”

Us reached out to Meghan and Jim for comment.