Strictly Come Dancing professional dancer Neil Jones, 38, let comedian Chris Ramsey, 33, into a little secret of his after responding to the comic’s podcast announcement on Twitter today. The BBC dancer told the host not to “tell anyone” after some surprising information was exposed online.

It comes after Chris told his 510,000 Twitter followers he and his wife Rosie Ramsey won an award for their podcast S****d, Married, Annoyed, at the star-studded British Podcast Awards yesterday.

The stand-up comedian tweeted last night: “YOU DID IT!!

“Thanks so much for voting guys. We won!! Listeners choice @britpodawards #S****dMarriedAnnoyed.”

Soon after Neil noticed Chris’ exciting news, he proceeded to tell the star his honest thoughts about the award-winning podcast. 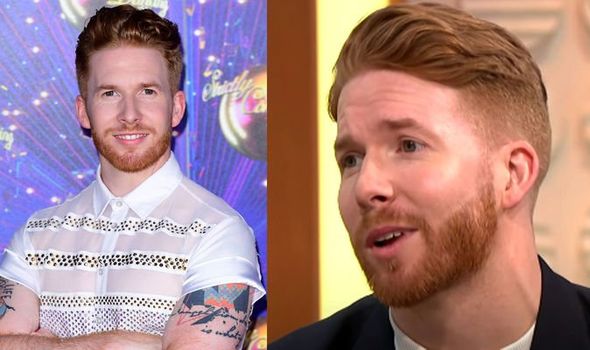 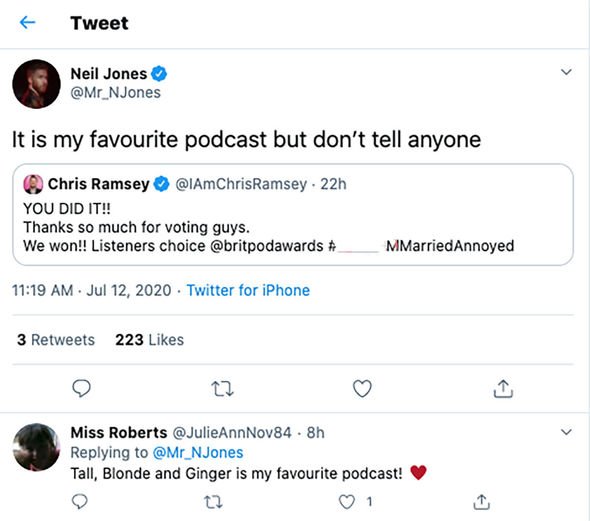 The dancer shared Chris’ tweet onto his 85,000 Twitter followers and said today: “It is my favourite podcast but don’t tell anyone.”

Fans were quick to support the dancer by expressing their thoughts over Neil’s podcast, despite the star’s humble comment.

One wrote to Neil: “Tall, Blonde and Ginger is my favourite podcast!” 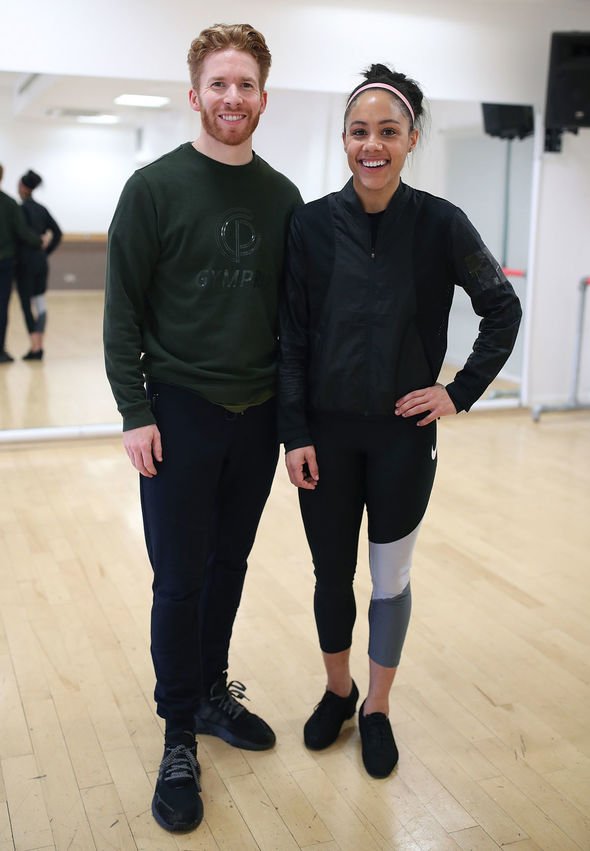 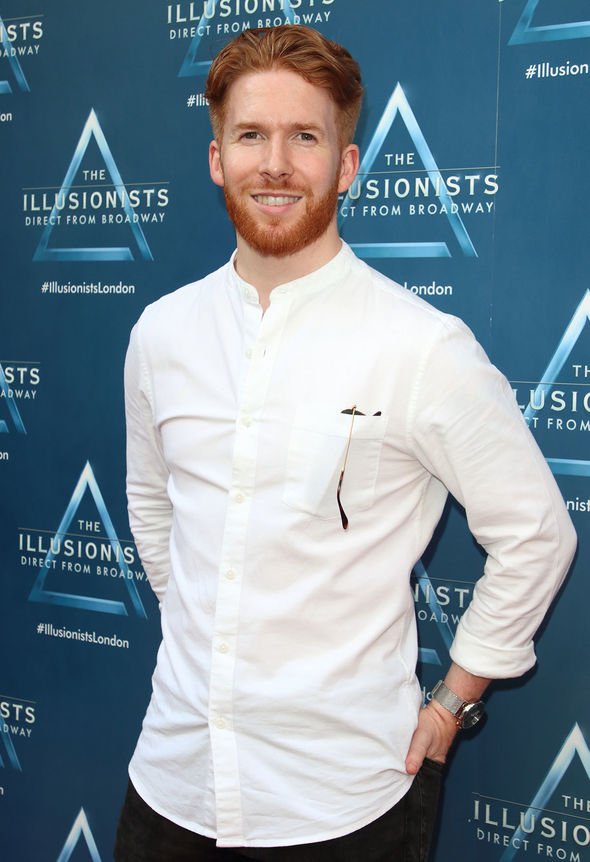 Another went on to jibe: “Mine is Tall, Blonde & Ginger, but don’t tell anyone, especially Ginger.”

One person then tweeted: “You must listen to Tall blonde and ginger, it’s so funny, the tall one is funny but brings order when needed, the blonde is just blonde and the ginger one well well well what can I say, he is so naughty and such a wind up merchant but together it’s the perfect combination…”

Neil’s admission comes after he reacted to former Strictly pro Kevin Clifton’s post about dropping his now girlfriend Stacey Dooley while they competed on the competition together in 2018.

On Thursday, Kevin revealed on Twitter: “I just lovingly picked @StaceyDooley up.

“@StaceyDooley: Put me down you’re gonna drop me! Me: No I’m not.

“@Stacey Dooley: Well you did in the Lindy Hop,” which was followed by a series of neutral face emojis to refer to his reaction.

Neil, who found Kevin’s post quite relatable at the time, replied: “We drop a partner once and they never let you forget it,” which was accompanied with some laughing emojis.

Neil, who partnered up with Alex Scott in 2019’s series of Strictly, was the one who was dropped during one of their training sessions.

Afterwards, the football pundit shared the moment she dropped the professional dancer on his head on her Instagram page.

Neil was fine after his unexpected drop as the duo laughed off the moment in the clip.

The BBC favourites made it until the eleventh week of the dancing competition in 2019.

It was Kelvin Fletcher and Oti Mabuse who lifted the glitterball trophy in the final.