Prince Charles reportedly framed a photo of himself walking Meghan Markle down the aisle at the royal wedding. Royal correspondent Rebecca English of The Daily Mail tweeted today that there’s a framed black-and-white photo of the moment on display in a public area of Clarence House, Charles’ official residence.

“It was very touching – and shows how much the moment meant to him,” English wrote. She did not share a photo of the image in question.

Royal fans may recall that the Prince of Wales accompanied the now-Duchess of Sussex to the altar at St. George’s Chapel during her royal wedding to Prince Harry in May. Meghan’s own father, Thomas Markle, was originally slated to attend, but pulled out last minute due to heart surgery.

Although Meghan addressed Thomas’ sudden withdrawal from the wedding with a classy public statement, she and Harry were reportedly “reduced to tears” over the incident, The Telegraph reports.

However, Prince Charles was happy to oblige when Harry asked him to step in. “I asked him to and I think he knew it was coming and he immediately said, ‘Yes, of course, I’ll do whatever Meghan needs and I’m here to support you,'” the Duke of Sussex recalled in a recent documentary. 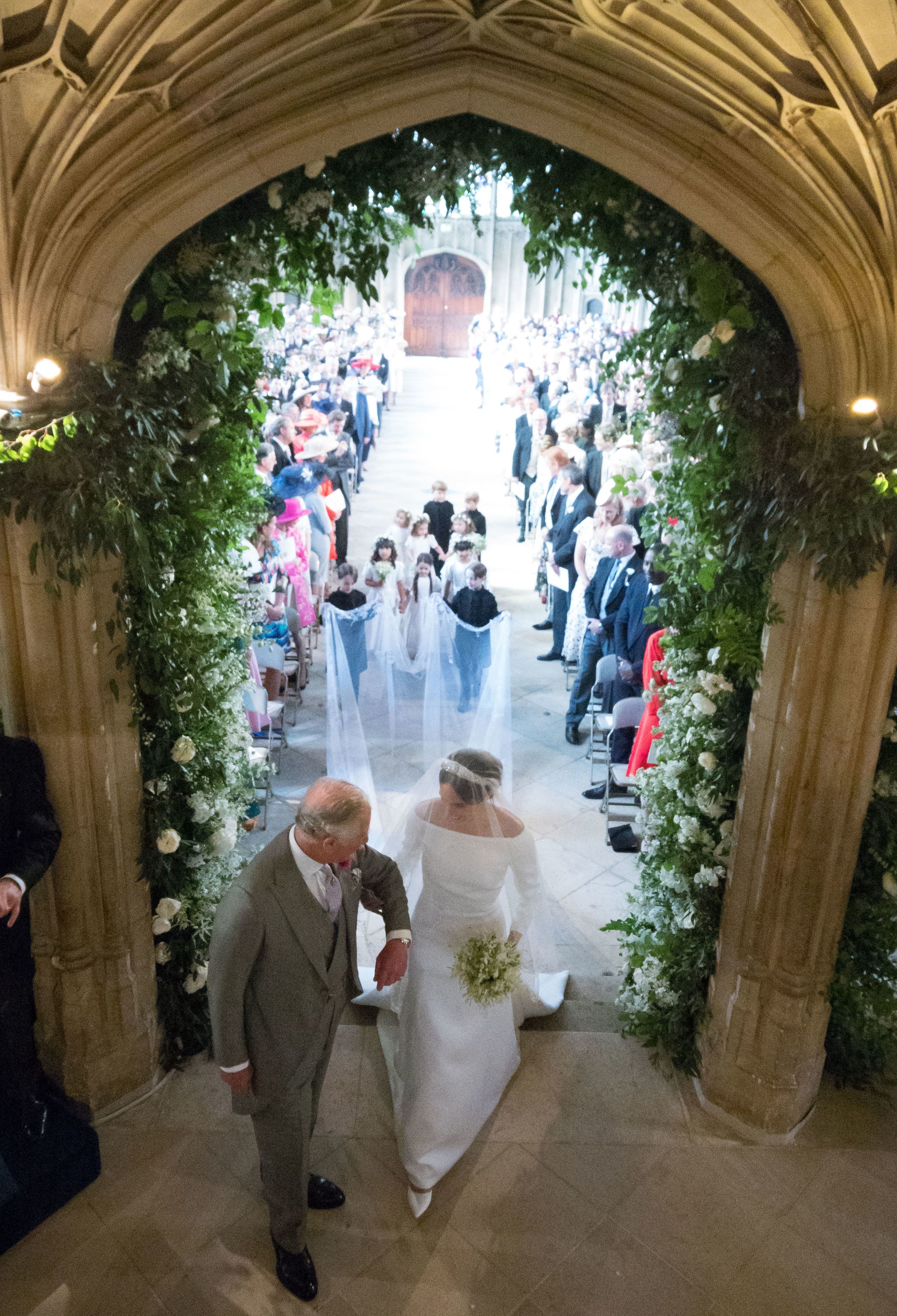 A number of official portraits were released after Meghan and Harry’s royal wedding, including pictures of the bride and groom, their families, and their adorable bridal party.

Prince Charles’ mother, the Queen, also had a previously-unreleased portrait of Meghan on display. In May, it was revealed that Her Majesty had a framed picture of the Duke and Duchess of Sussex in one of the rooms of Buckingham Palace.