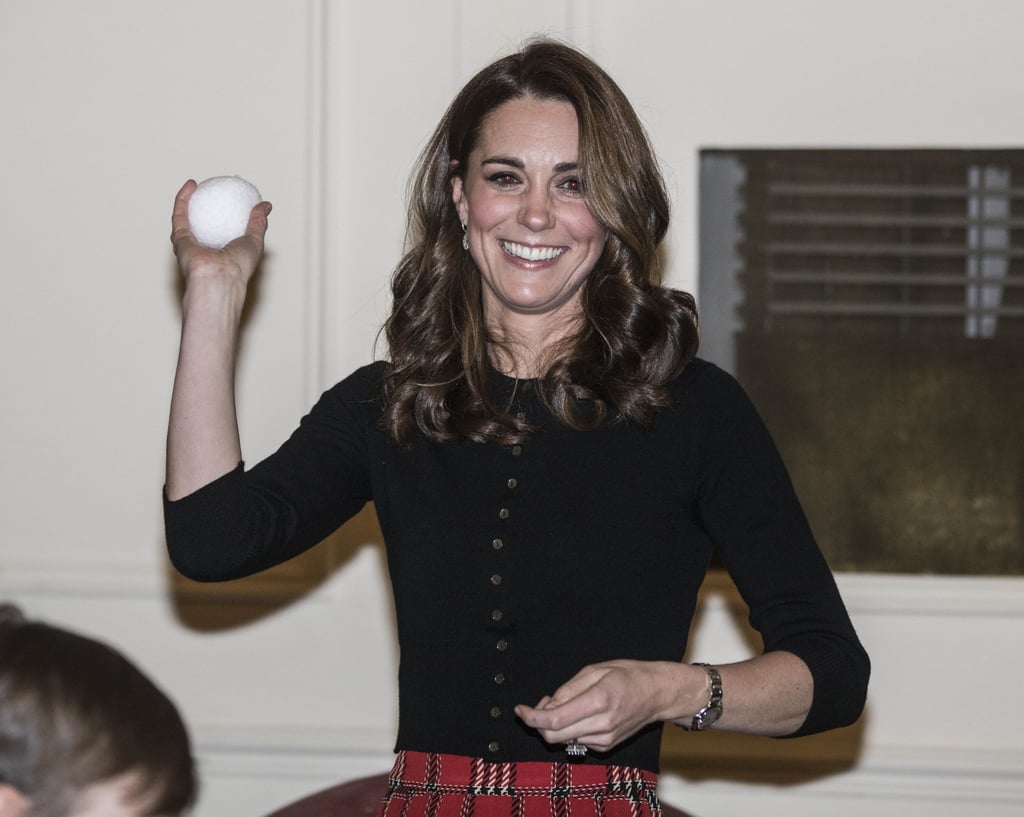 Even Prince William and Kate Middleton can’t resist a good snowball fight. While hosting a Christmas party for military families at Kensington Palace on Tuesday, the Duke and Duchess of Cambridge found themselves caught in the middle of a wintery mix. In addition to getting showered with fake snow, they also got pelted with a few snowballs. Even though it definitely took them by surprise, they were good sports about the whole thing as they caught a few of the snowballs and threw them back into the crowd. Inside the event, Kate kept the fun going as she partook in a fake snowball fight with some of the children at the party. We’re definitely looking forward to more cute moments like these as the couple steps out for even more holiday events.