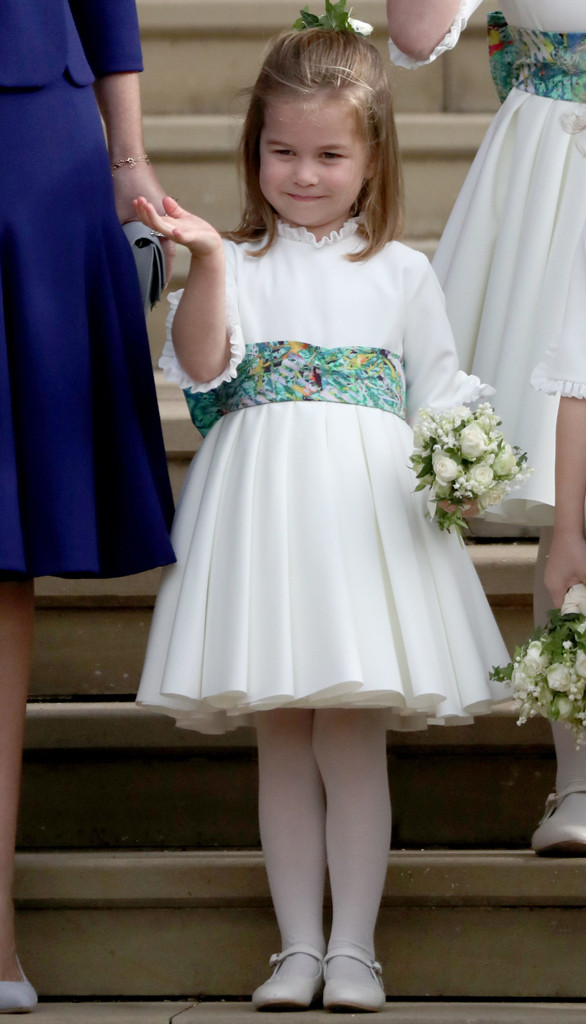 Princess Charlotte might be following in her famous auntie Meghan Markle‘s footsteps!

Rumor has it that the three-year-old starred in one of her first school plays. On Thursday afternoon, Charlotte’s nursery school held their annual nativity play in honor of the holiday season, per the Willcocks Nursery School website. There were no official casting announcement made, so it is unclear if Charlotte participated in the adorable production or simply watched, but it’s worth noting her older brother Prince George took part in his school’s play last year, when he was just four-years-old.

For the young prince’s onstage debut, he took on quite a role: a sheep. This was a source of much amusement for Prince William who  gushed about his son’s performance during a royal engagement. “I went to my boy’s nativity play. It was funny,” the Duke of Cambridge revealed to schoolchildren during a visit to BBC’s Bridge House in December. “He was a sheep.”

It proved to be a jumping off point for the young royal, who later took up dance classes. And it seems like the role of entertainer runs in the family since Prince William says George “loves” to dance, just like his late grandmother Princess Dianadid.

Prince William and Kate Middleton are encouraging the five-year-old to follow his passions, even though he might one day become king. At an event for young teens, Prince William told the attendees, “My mother always used to dance, she loved dancing… If it’s something you love, you do what you love. Don’t let anyone else tell you otherwise. Keep at it.”

And luckily, Prince George and Princess Charlotte have a family full of wonderful, loving and supportive people to help them achieve their dreams. The royals truly emanated warmth and happiness in their recently released family portraits. Although, the Prince and Princess clearly stole the show with their adorable smiles and laughs during the photo shoot.

We can’t wait to see what the Duke and Duchess of Cambridge have in store for this year’s family Christmas card!