Willie Nelson and Karen O have put a spin on a classic rock tune.

On Wednesday, the duo released a cover of "Under Pressure," originally by Queen and David Bowie.

The iconic number celebrated the 31st anniversary of its release on Monday, and the new version is inspired by the importance of the 2020 presidential election, NME reports.

"I've heard this song countless times without processing the gravity of what Bowie and [Queen frontman] Freddie [Mercury] were singing about, maybe because their performances are so exhilarating you get swept away in the high of that duet," said Karen O, 41 — born Karen Lee Orzolek — in a statement obtained by the outlet. 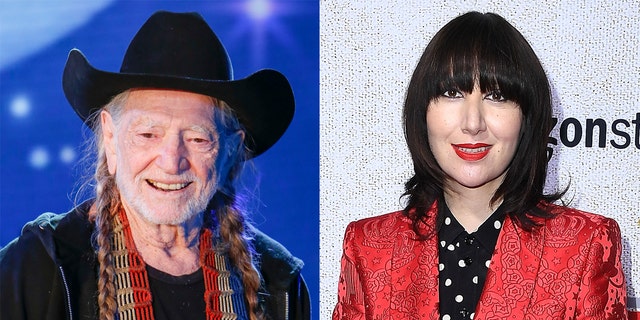 Willie Nelson (left) and Karen O (right) have released a cover of Queen and Dabid Bowie’s ‘Under Pressure.’
(Getty Images)

She added: "Our cover was meant to be more intimate but just as saturated with the power of love. I can’t listen to this song without tearing up every time Willie comes in, one of the purest voices which of course reflects a pure heart, and I get to sing alongside it.  I hope the song brings as much light to the listener as it has to me in dark times."

This isn't the first time that Nelson, 87, has used music to speak about politics.

In 2018, the country legend released "Vote 'Em Out" amid the 2018 state elections in Texas, encouraging fans to vote blue.

The star released an animated video for the song last month, again urging fans to vote out the current representation.

“If it’s a bunch of clowns you voted in / election day is comin’ ‘round again," he sings in the tune. "If you don’t like it now / if it’s more than you’ll allow / if you don’t like who's in there vote ‘em out."

Trend of shaving teeth down to PEGS to get ‘perfect smile’ with veneers may leave you needing dentures, dentists say
Celebrities