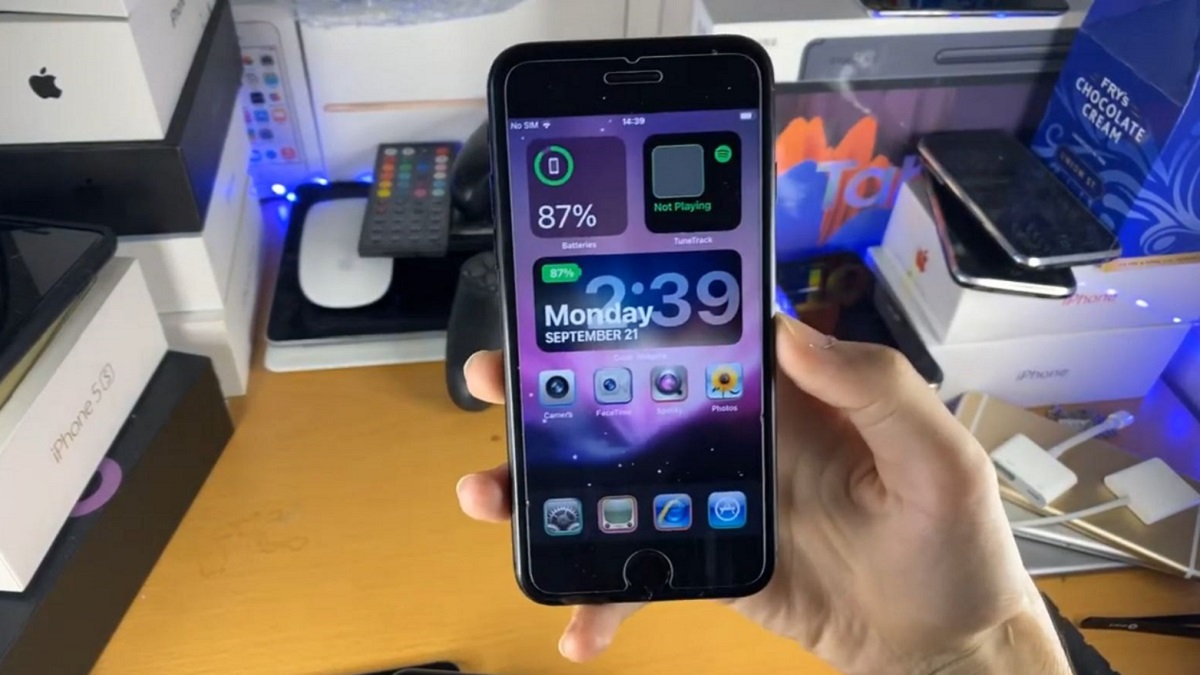 Since the iOS 14 update was released Wednesday (September 16), social media platforms, including Twitter and TikTok, have been flooded with iOS 14 home screen wallpaper ideas.

Apple previously did not allow users to tamper with the home screen. But the iOS 14 update allows iPhone users access to a variety of customized widgets to redesign their home screens.

Since the new widgets feature became available, iPhone users have been busy trying to redesign their home screens and searching for creative wallpaper ideas.

People searching for wallpaper inspiration has gone to social media platforms, especially Tik Tok and Twitter, to ask people for new ideas and share ones they already created.

Rap fans have also shared their wallpaper ideas on social media based on favorite rappers, such as NBA Youngboy and YNW Melly.

There is also talk about customizing home screen wallpapers with red, blue, green, and yellow aesthetics.

If you are one of the thousands of rap fans looking for wallpaper ideas for your iOS 14 home screen, then you’ve come to the right place.

Here are rapper wallpaper ideas for your iOS 14 home screen. We also explain how to customize icons with red, blue, green, and yellow aesthetics.

Before you can customize your iOS 14 home screen, you have to download Widgetsmith from the app store and add it to the home screen.

Widgetsmith is a custom widget app that provides a wide selection of widgets to choose from. It also allows users to customize their home screens.

The video below shows you how to download and use Widgetsmith to customize your home screen.

Below is a selection of rapper and celebrity wallpaper ideas from your iOS 14 home screen that people are sharing on Twitter and TikTok.

How to customize with red, blue, green, and yellow aesthetics

There are many tutorial videos on TikTok that provide easy-to-follow instructions about how to create customized photos of your favorite rappers and celebs with red, blue, green, and yellow aesthetic, using Widgetsmith.

The short tutorial below (Part 1 and Part 2) has gone viral on TikTok.

♬ Daisy (I’m Crazy But You Like That) – Ashnikko

♬ Daisy (I’m Crazy But You Like That) – Ashnikko

The widgets display various information, such as calendar, weather, and health. It also allows you to use photos from your album.

You can customize your home screen for fore and background colors, as well as font types.