The Monte-Carlo Gala for Planetary Health, held on Sept. 24 in Monaco, was probably not the flashiest red carpet event in history, but it is significant for one pretty cute reason: it’s the first time Rebel Wilson and Jacob Busch walked a red carpet together. Their body language at the event speaks volumes — it’s sweet but a little awkward. Wilson and Busch’s relationship is new, so let’s cut them a little slack; they’ll probably find a groove posing together in front of the cameras in no time.

Per a source who reportedly spoke to People on Sept. 24, "they are officially boyfriend and girlfriend." And don’t worry, Wilson fans —  the actress has apparently fallen for a solid guy. "He’s a gentleman, has very old school manners and treats her well," the source reportedly continued. "He is also very health conscious and they’ve been motivating each other with their health journeys."

Wilson seems to agree with the assessment, as she dubbed Busch her "Prince Charming" in a Sept. 28 Instagram post. “Meeting the Prince with a Prince Charming by my side – what a night to remember in Monaco," she wrote alongside a series of pictures from the evening, including one of her meeting Prince Albert II of Monaco.

Below, Traci Brown, body language expert and author of Persuasion Point: Body Language and Speech for Influence, analyzed three pictures of Wilson and Busch rocking the red carpet for the first time as a couple.

They’re "glued" together, but he doesn’t seem too happy. "They look tight, glued together down the middle, shoulders facing towards each other, so that’s good," says Brown of the above shot. "He has one foot towards the camera and the other towards her, so his attention is split a little."

As for how they’re both feeling, it doesn’t seem like either is totally loving the spotlight. "She’s got that mask on so we can’t see her true emotions but they seem to be revealed in the pics that follow," says Brown, before adding, "He’s not too excited in this moment."

OK, to be fair, she’s not really happy, either. 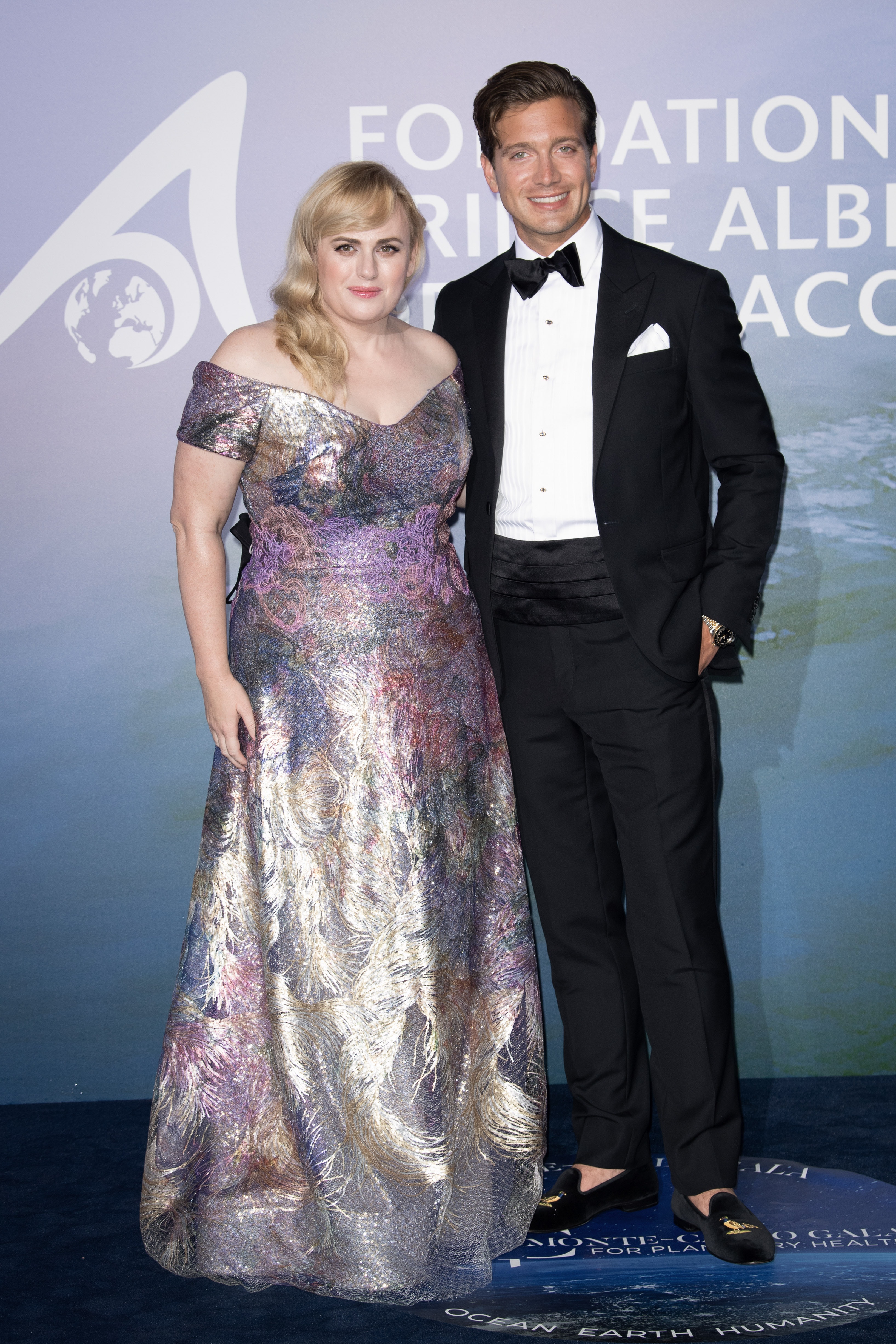 He looks happy here, but she doesn’t appear to be over the moon. "He’s all smiles, and she’s smiling, but not as happy as him," says Brown. "We can’t see her teeth so she’s looking like she’s being polite, not genuinely happy." But, of course, there’s no real telling on why she’s unhappy. "Is it not happy with him or not happy to be there? We don’t know," notes Brown.

Luckily, it doesn’t seem like he’s what’s making her unhappy. 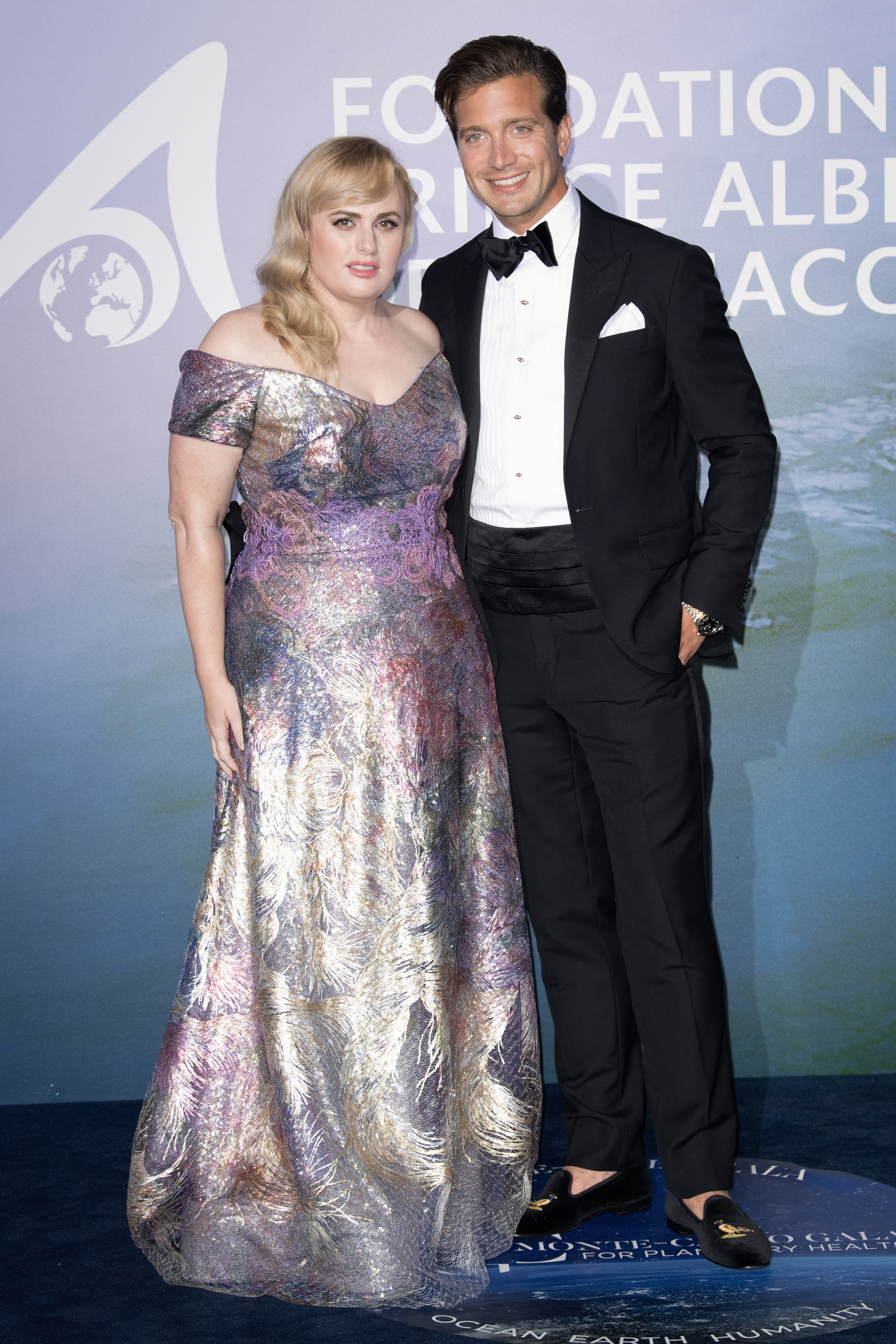 Wilson’s still not exactly chipper in this picture, either. "She’s showing some disgust here," says Brown. "See how she’s got a snarl?"

Luckily, her problem doesn’t appear to be with with Busch. "It doesn’t look to be him be the way they’re standing so close and facing each other," says Brown. "This is where we need a little more context to dig deeper into the analysis."

Obvi, only Wilson knows how she was feeling that night, but I’m choosing to believe she just wasn’t loving the hundreds of photogs trying to flash pictures of her and her boyfriend. According to a source for People who was reportedly at the party, Wilson and Busch seemed to be v much into each other once inside. “They were very close all night, and didn’t leave one another’s company,” the source reportedly told People on Sept. 30.

Another source who reportedly spoke to People that same day emphasized their strong connection. "This is the first guy she’s met who is a match for her humor and personality," the source reportedly told People. "Someone who has his own life and success and isn’t intimidated by her. He’s entrepreneurial and they’re both very business-minded."