Calling her out! Rob Kardashian doesn’t believe that his sister Kim Kardashian has seen the movie Scarface despite her using a quote from the film as her photo caption.

Rob Kardashian Through the Years

The KKW Beauty founder, 39, shared a photo via Instagram on Thursday, August 13, of herself posing in Skims underwear while holding her Pomeranian dog Sushi.

“Say hello to my little friend,” Kim captioned the post, which referenced the iconic quote from the 1983 film.

Say hello to my little friend

Earlier that day, the sock designer posted a slideshow of pictures that showed himself and Tristan Thompson enjoying a family trip for his sister Kylie Jenner‘s 23rd birthday.

“Most Beautiful trip of my Life with the Fam‼️,” Rob captioned the post, which included a photo of him and Thompson, 29, lounging on a pool float. “HAPPY BIRTHDAY @kyliejenner‼️ Love You💙💙 WOO!!” 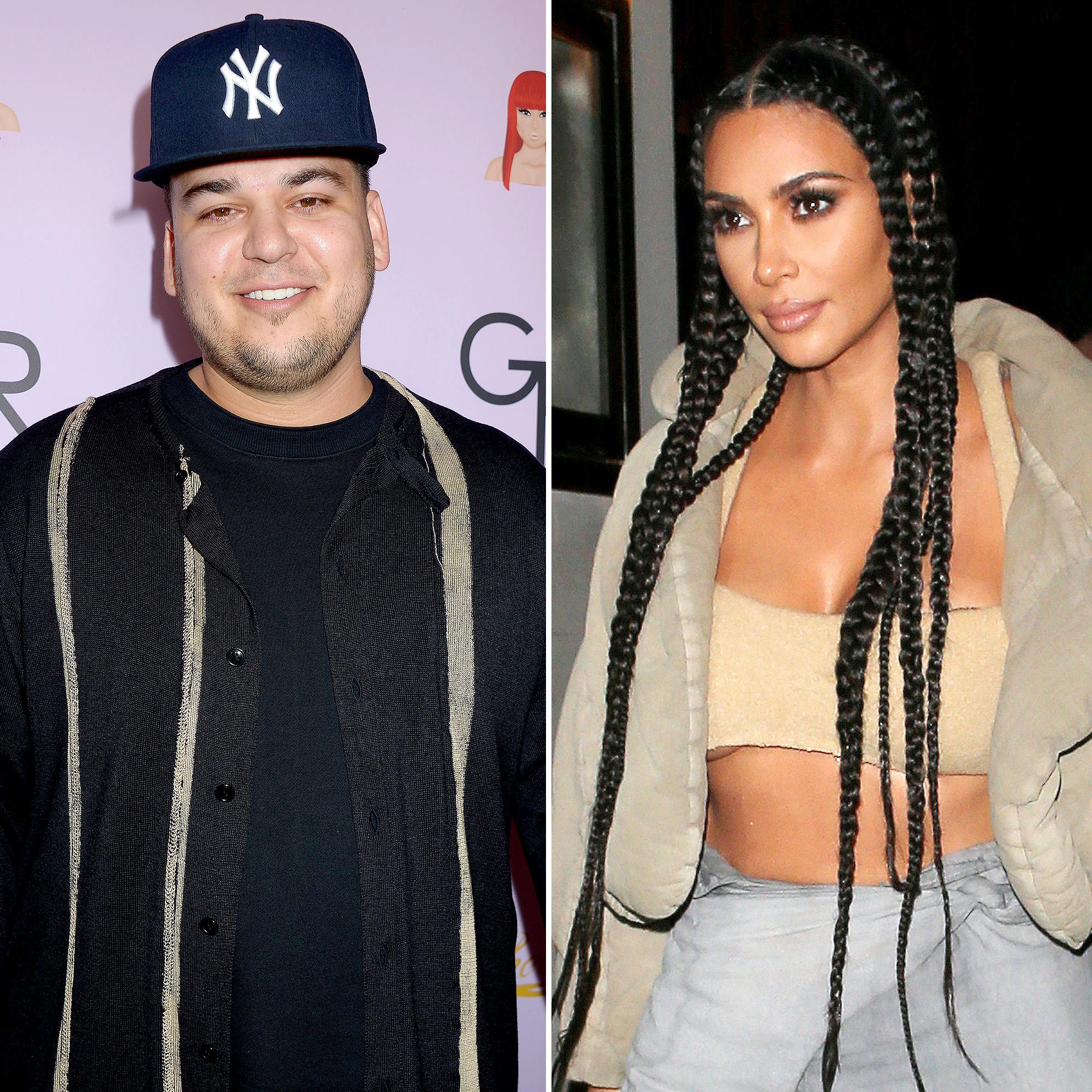 Rob has become more active on social media since he debuted a slimmer figure at Khloé’s 36th birthday party in June.

A source told Us Weekly in July that Rob has been “taking really good care of himself” in recent months and wants to be “a very active parent” for his 3-year-old daughter Dream, whom he shares with ex Blac Chyna.

“He’s in a good mental state. The combo of all those things and time has really paid off with his fitness and his body,” the insider said. “He’s really focused on being a parent, he lives for Dream and that keeps him in a good place.”

As for Kim, the Skims founder has been working on her marital issues with her husband, Kanye West. The “Power” rapper, 43, made headlines in July after his controversial remarks about the couple almost aborting their first pregnancy with daughter North, 7. The pair are also the parents of Saint, 4, Chicago, 2, and Psalm, 15 months.

An insider told Us on Wednesday, August 12, that Kim is determined to stand by the 43-year-old rapper’s side.

“Kim is focused on healing her relationship with Kanye and has been busy taking care of their kids and him,” the source said. “She has been helping and supporting him a ton while he’s been struggling with his mental health and wants him to know and feel that she is there for him through thick and thin.”