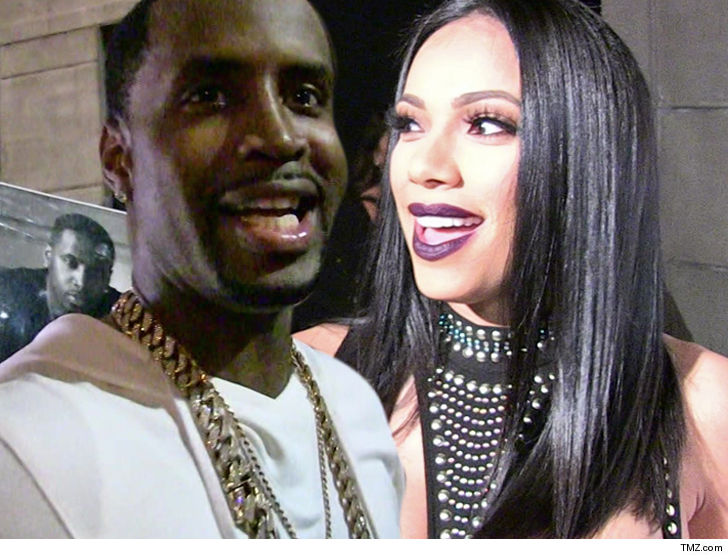 Safaree surprised his girlfriend Erica Mena with an early Christmas present … because he dropped down on one knee and proposed with a beautiful engagement ring!!!

We’re told the proposal went down Christmas Eve at Erica’s house in Atlanta, where friends and family surrounded the happy couple. The ‘Love & Hip Hop’ stars started dating earlier this year, and they’re already taking the next step!

Congrats to #Safaree and #EricaMena!! They are officially engaged ❤️? (?: @showtime_e21)

Congrats to #Safaree and #EricaMena!! They are officially engaged ❤️💍 (📹: @showtime_e21)

A rep for Safaree, KD McNair, tells TMZ … “2019 is the year of new beginnings and it’s safe to say our guy Safaree stepped up and put a ring on it.”

We’re told Safaree dropped $175,000 on the engagement ring, which features 14 carats in platinum and was personally designed by Safaree and Trax NYC.

Our sources say Safaree surprised his girl with 20,000 rose petals surrounded by 200 candles before popping the question. Safaree pulled out all the stops, because 112 was in the house singing “Cupid” and “Crazy Over You” in front of a full, live band in her living room!

After Erica said yes, a firework show started outside the house!