Game Of Thrones beauty Sophie Turner, 23, who plays Sansa Stark in the HBO series, revealed she met singer Joe Jonas, 29, through “mutual friends” on social media. Spilling all, she told Harper’s Bazaar UK: “We had a lot of mutual friends and they’d been trying to introduce us for a long time. “We were following each other on Instagram and he direct-messaged me one fine day, out of the blue.” Just a year after getting together, Sophie confirmed she was engaged to the popstar, who is a third of the Jonas Brothers.

He direct-messaged me one fine day, out of the blue

Within the same interview, she remained tight-lipped about the pair’s wedding details, simply answering “maybe” when asked if they are tying the knot this year.

She added: “We’re trying to keep it as low-key as possible. So it’s more of an intimate thing.”

Sophie added of her husband-to-be: “He’s the most fun, energetic, positive person I’ve ever seen.

“I’m pessimistic, so we balance each other out.”

Despite remaining quiet about the couple’s wedding details, Sophie did reveal her on-screen sister Maisie Williams, 21, will act as her Maid Of Honour.

She told Entertainment Tonight: “I don’t know why she’s thinking about [what she’s wearing to my wedding]. 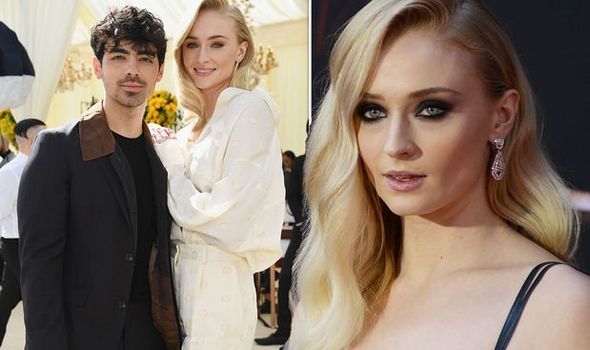 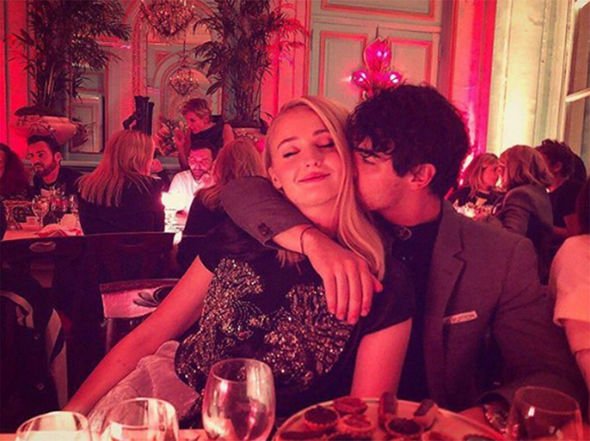 “I’m giving her the bridesmaid dress! She’s my Maid Of Honour! One of two.”

Sophie told Glamour UK: “People always think Maisie and I are a couple.

“I mean, I am obsessed with her, so you never know … I’ve got an addiction to Maisie Williams. I actually stalk her hashtag on Instagram!

“Even though we are sisters [in Game of Thrones], we tried to sneak a kiss into every scene we did together to freak everyone out a bit. It kept them on their toes, making sure they were following the script.”

Earlier tonight, Sophie and Maisie got the giggles at a Game Of Thrones event in Belfast.

The on-screen sisters were pictured sharing a joke amid reuniting with their Game Of Thrones co-stars. 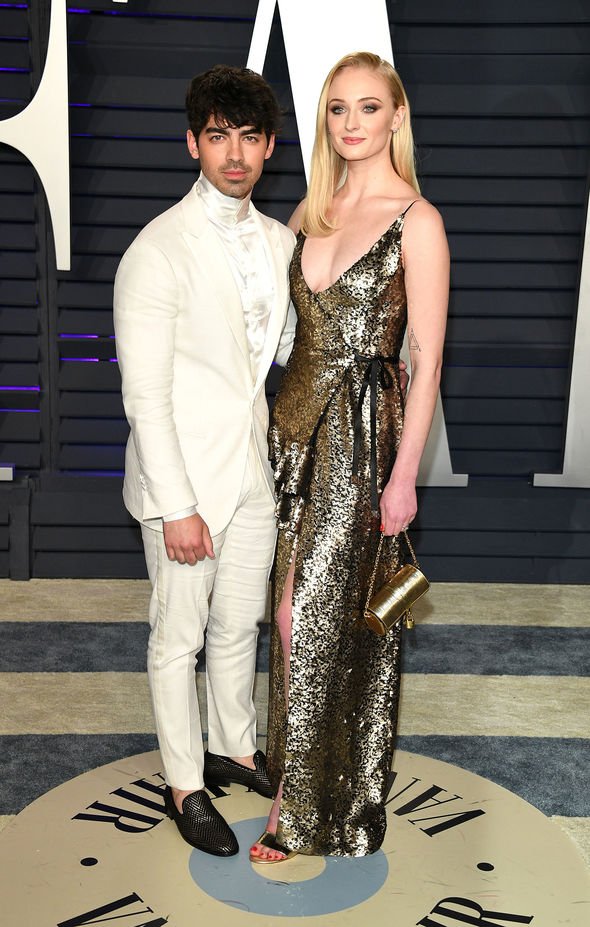 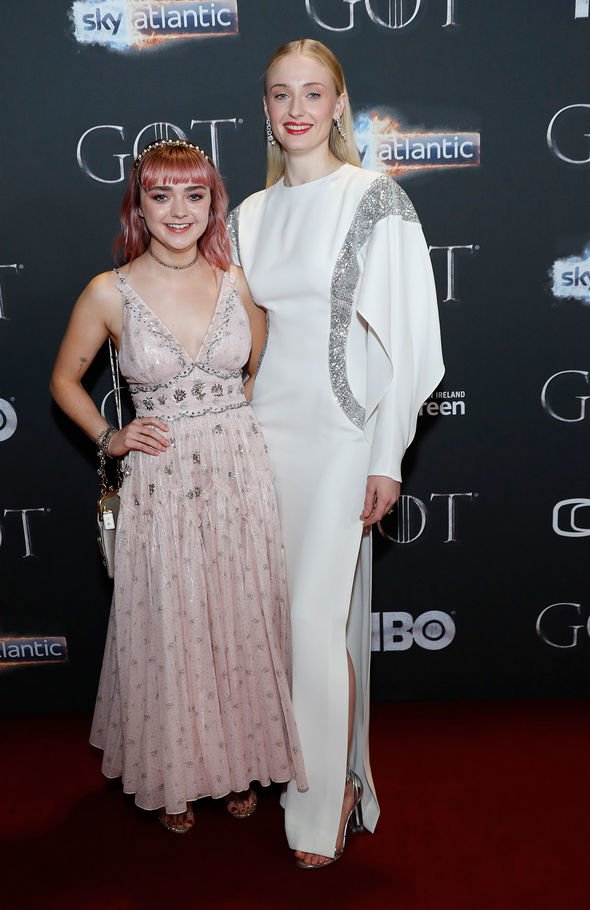 Putting on a glamorous display, Sophie opted for a white gown with cape-style sleeves and metallic detailing.

Adding to her look, the blonde beauty wore her blonde tresses in a sleek style and middle parting and also stood out with her red lipstick.

The actress completed her look with subtly gothic make-up and wore her pink hair in a wavy style.

Game of Thrones season 8 will air in the US on HBO on Sunday, April 14 and in the UK on Sky Atlantic on Monday, April 15.