Stacey Solomon, 30, was excited to show off her DIY dinner trays that she had been creating today. However, the Loose Women presenter was less than impressed when her boyfriend Joe Swash, 38, didn’t share in her enthusiasm for her project.

Stacey informed her 3.1 million Instagram followers that she had decided to make the trays after her three children had taken over the family dinner table with their homeschooling equipment due to the coronavirus pandemic.

The star shared a time-lapse video of her getting to work alongside the caption: “So because the dining table is now a school me and Hoe [her nickname for Joe] have nowhere to eat.

“I could clear it every night and put it back again but who the hell do you think I am? [laughing emoji].

“Instead I’m making us some dinner trays.” 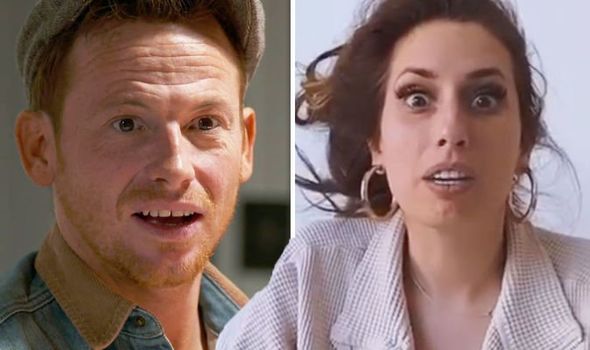 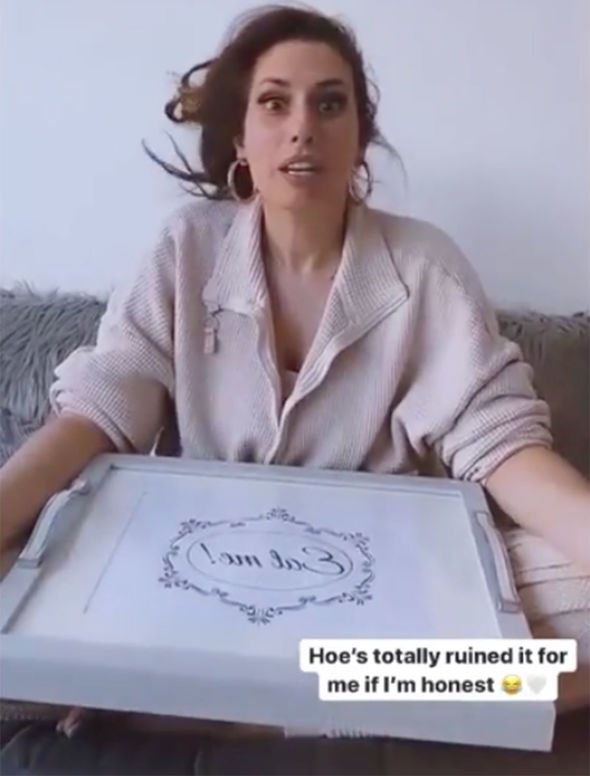 Stacey then revealed the finished product with a big smile on her face, as she displayed the “Eat Me” branded trays to the camera.

The creative television personality admitted: “It’s not perfect but it does the job.”

Unfortunately for Stacey, Joe suddenly chimed in to question why the trays featured the phrase “Eat Me”. 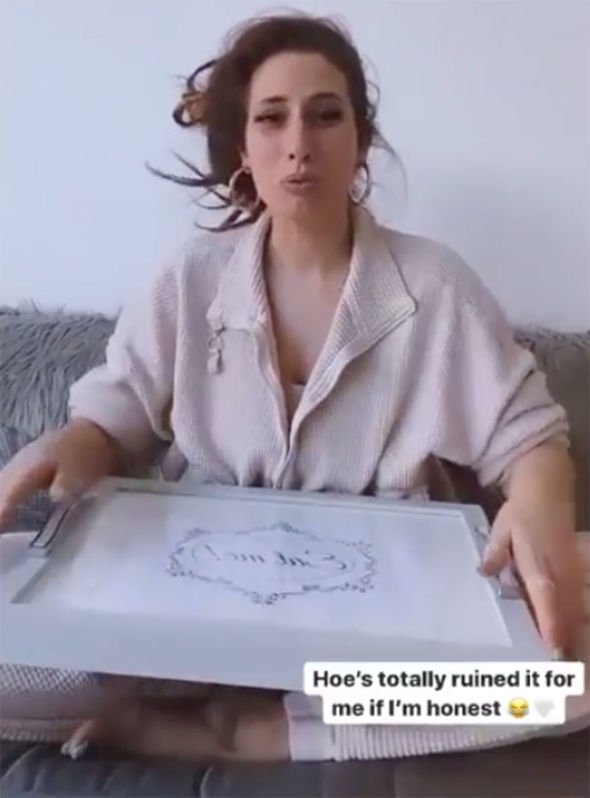 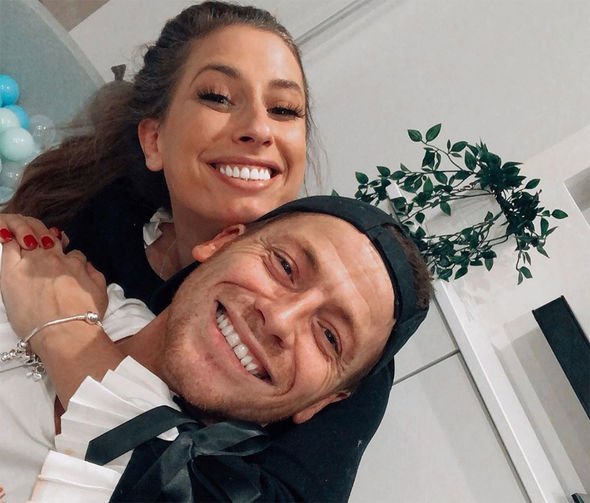 “Because you’re going to eat everything that’s on there,” she explained in response.

Joe didn’t seem satisfied with his girlfriend’s answer, as he hit back: “What a weird thing to say. Why?”

Stacey argued: “Why do you always have to be so rude?”

“But why?” Joe asked again.

Luckily, Stacey eventually burst into giggles at her boyfriend’s remark, as he insisted: “See, it’s weird!”

The former X Factor performer managed to get the last word in the debate, as she added: “I hate you!”

Stacey captioned the clip: “Hoe’s totally ruined it for me if I’m honest,” alongside a laughing emoji and a heart emoji.

Joe and Stacey’s argument comes after the latter admitted the couple were getting into disagreements while staying at home during the government advised quarantine.

During today’s first online episode of Loose Women after filming was suspended as a result of COVID-19, Stacey told her fellow panellists: “Joe is getting on my nerves.”

The star added: “How are all your marriages going? He is driving me mad. I want to know so I don’t feel as bad for myself.”

Stacey went on to reveal: “Me and Joe are arguing over who does what levels of the house.”

“He hoovers the corridors, but then shuts the doors,” explaining that while the corridors are clean, Joe decides against hoovering the rooms.