Good Morning Britain host Susanna Reid looked nothing short of sensational in red on the ITV show on the first day of December. The TV anchor coordinated with her co-host Piers Morgan, who wore a matching tie.

The 49-year-old cut a festive figure after opting for a low-cut dress, which had everyone talking online.

Susanna marked the new month with a gorgeous one-piece, which featured high shoulders.

The form-fitting ensemble showcased her slender curves, as she sat behind the newsdesk.

The popular television personality teamed the number with a rouge lip which enhanced her glamorous look. 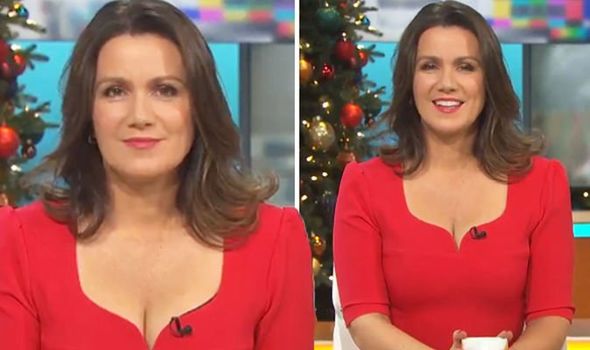 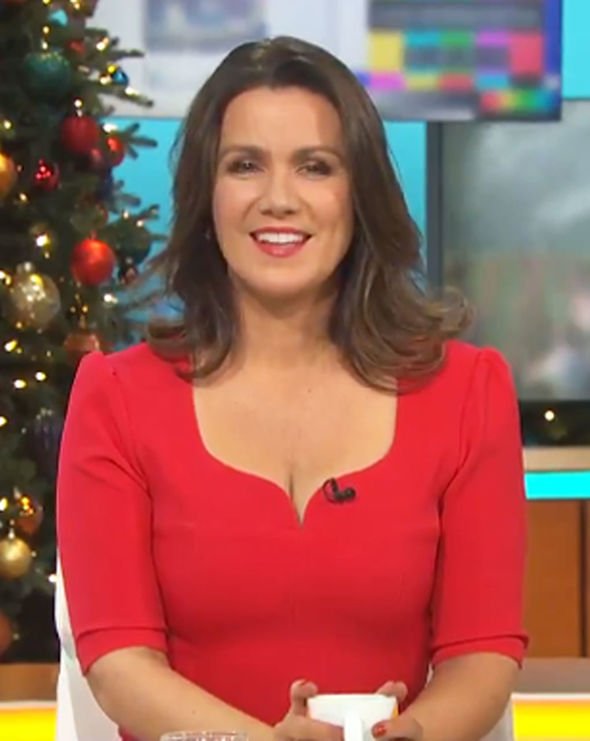 Susanna sported her brunette tresses down in a sleek hairstyle.

Fans flocked to social media to gush over Susanna’s stylish ensemble, as she was soon inundated with comments.

One person remarked: “@susannareid100 you look absolutely stunning in your red dress.”

Another person commented: “Wow Susanna. I’m speechless by your beauty in red outfit this morning. Lady in red.”(sic) 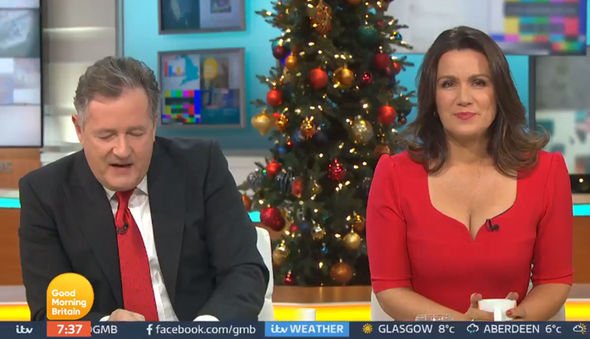 A fourth person echoed a similar sentiment, as they penned: “Very smart red tie Piers, colour coordination at its best with @susannareid100.”

Another person said: “Stunning in red this morning. Very Christmassy.” 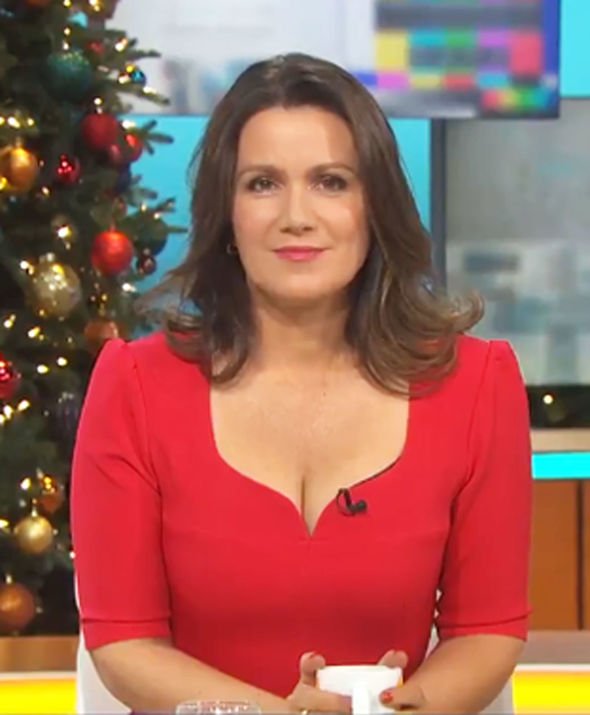 The GMB host’s other half spoke candidly about spicing things with Piers.

Susanna began: “By the way, your lovely wife was talking about your…”

“Role play?” Piers asked as his co-host continued: “Can I just say, this is a private conversation, this is a national newspaper column.”

Piers went on to explain: “My wife suddenly out of nowhere decided to tell this story.

“You are with the same person all year, you can’t really go anywhere and it does get a bit boring.

“So I suggested, ‘Why don’t we go and have dinner together?’”

He explained that he and Celia instead decided to play total strangers in a bid to spice up their relationship.

Following his story, Susanna appeared to cringe as her co-host wrapped up his anecdote.